9/14 Update:
Thank you everyone who joined making this a huge success! We sold out in just about 16 hours with both colorways selling at the exact same pace. crazy!

I will be starting a new post for the GB, and wondering whats the best way to connect with everyone. Should I start a discord server? Either way, a big thank you to everyone for their interest and support!

9/10 Update:
Big update guys! I’ve been able to lock down the final details and come to agreements on costs with all the factories involved. Due to MOQs on dyeing, we’ll be doing 50units only of each color for total of 100 for this first edition. I’ve been able to get ~$50USD shipping rates vs the $100-$200 I’ve been quoted all week. Production time is now looking like 90days from when we place the order, hopefully will be less than that. GB price is now officially $560, with all quotes & costs locked in.

GB will be on my new Shopify store at shop.tokyokeyboard.com - I’ve only run test orders through it so far so hopefully it will run without an issue.

That’s it for now!
Alvin

8/31 Update:
Hey everyone! Slowly but surely moving on to GB, doing some final negotiations on pricing with the dye factory that I’m hoping to lock down by this week so I can get the GB price set to go!

Also thank you everyone for responding to the survey on Hotswap vs Soldered. Working with our PCB designer QuadCube now to figure out if it’s feasible to offer both with factory MOQs and pricing. 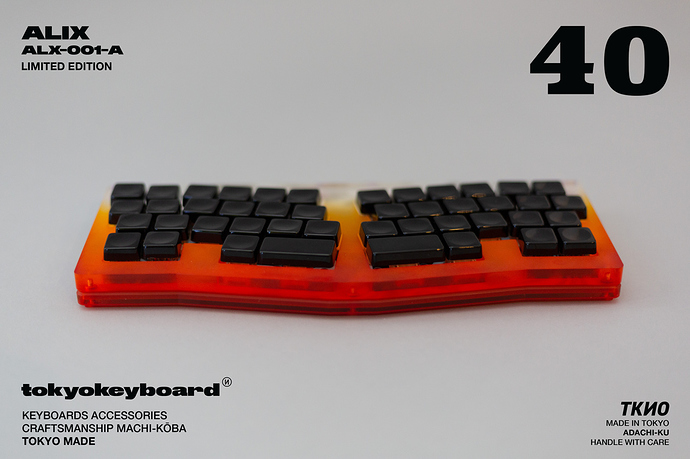 Behind the scenes video from NHK World around 8min mark.

I want to introduce everyone finally to the Alix, my keyboard love letter to Tokyo.

For those of you who don’t know me, I’m the guy behind Tokyo Keyboard and the Tokyo60.

The Alix is a 40% 1u Alice style plateless acrylic keyboard. Like the mix between a Prime_E and a Planck. It’s hand-crafted in Tokyo by local craftsmen and designed to be a pretty niche. The mounting style is plateless with the pcb isolated and mounted on silicon shock absorbers for a super bouncy type feel.

This version will be limited to 100 units.

If you’re interested please fill out the IC here and I can reach out when we launch the GB later in the month!

The concept of this design was to make a beautiful keyboard that can only be made in Tokyo. With that we decided to tap into Tokyo’s local city factory network and collaborate with several small family-owned factories to showcase their craft such as plastic polishing, sand/bead-blasting, and hand-dying. We’re sourcing as much as we can locally in Tokyo, then Japan. For the PCB we’re looking to fabricate either in Taiwan or Malaysia.

I’ve been working with factories so far to create the production prototypes and finally at a stage where we’re ready to go. It’s the first time these factories have worked together and also the first time they’ve done some of these processes like the hand dying. We’ve run through 10 prototypes so far to get it all nailed and we feel pretty confident that the design is ready to go into production.

I’m still waiting on final pricing, but will be on the higher end around the $550+ USD range.

GB is hoping to start near the end of August with production taking around 60days.

I probably missed a bunch of things so let me know what questions you have!

I’ll be putting up more photos here on how it assembles together as well. 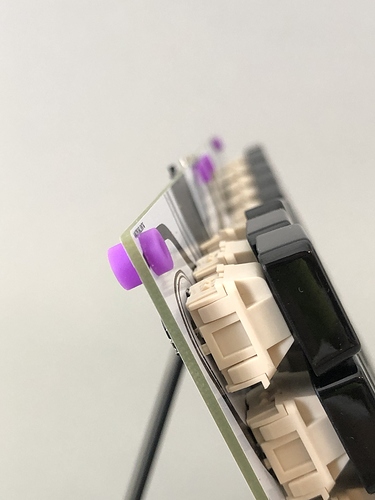 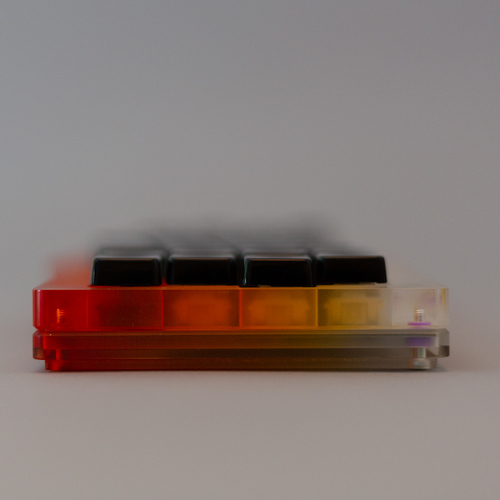 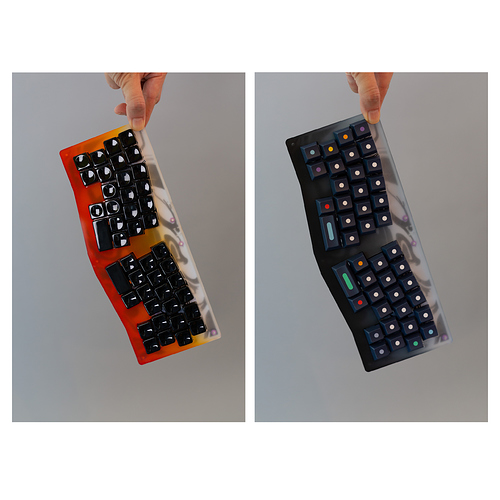 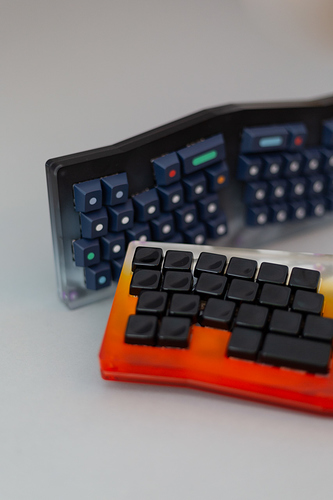 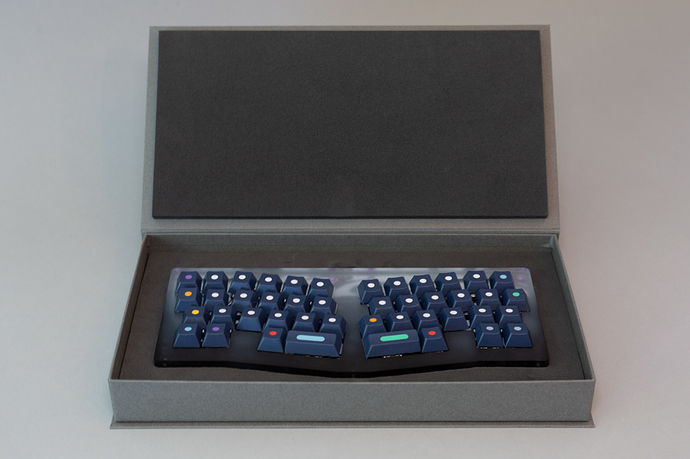 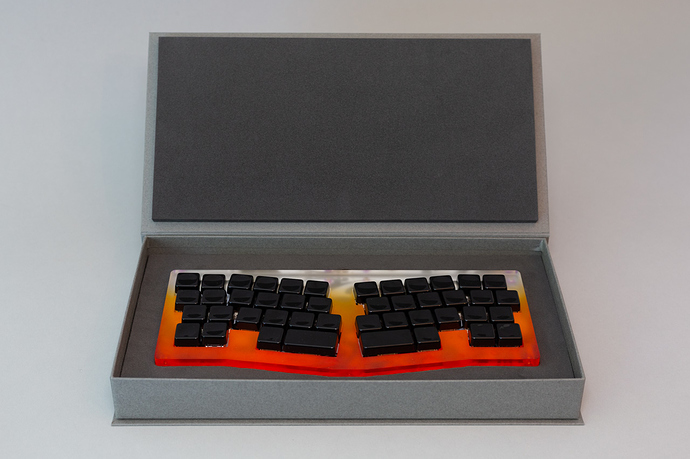 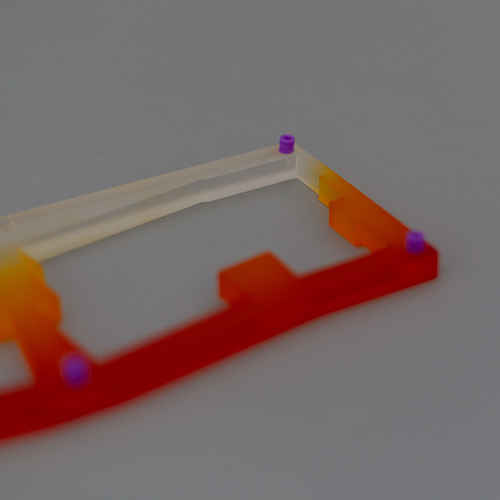 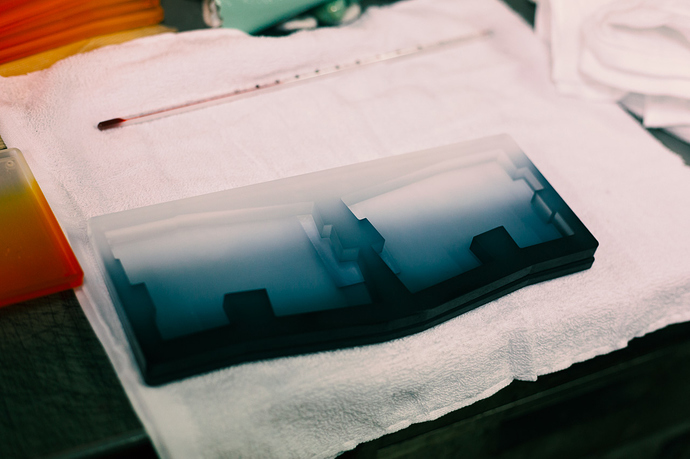 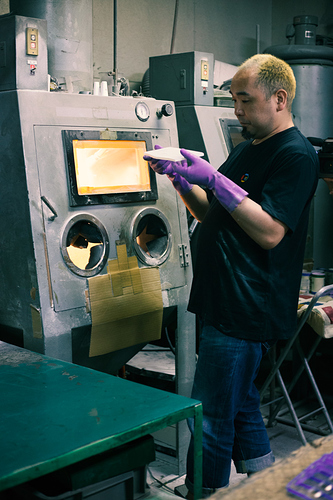 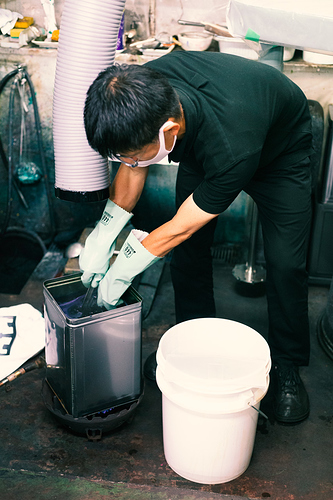 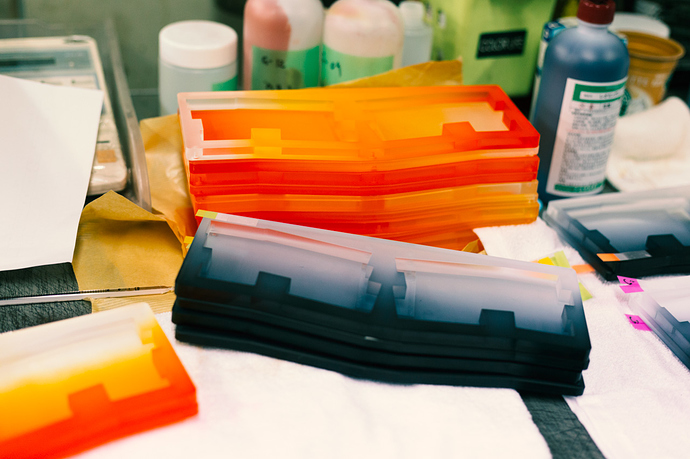 I think I’ve come across your site before. Cool work!

This one is a little small for my taste, but I LOVE the gradient dye concept. If I was into this layout, I’d be all in. I’ll keep any eye out for bigger layouts with this effect. Cheers!

I am loving the included process shots and I just want to drink up that orangey red one!

Me too! It looks super juicy in person!

Yeah 40% is super small but got hooked on the planck and wanted to do an Alice style one ever since!

The gradient dye on this plastic is so good. Love the ombre effect. Would love to see this become more of a thing with the (seeming?) increase in plastics interest for custom boards.

The gradient dyeing is awesome! It’d probably look amazing with something like KAT Iron!

HOLY MOLY! These look absolutely amazing! I hope you can bring these amazing acrylic gradient dyes to other form factors in the future!

Looks dope. Thanks for the photojournalism BTS. Looking forward to it!

The BTS stuff are so good! Thanks for the effort!

I’m in. It’s been a while since you Showed us that vintage acrylic place in Tokyo, and ever since then I’ve been looking forward to this.

The layout scares me, but this is such a beautiful board.

If this is plateless, how can it also be hotswap? Won’t the switches be too loose?