Someone suggested the other day that this keyset should be run again. So I figured why not, maybe there’s enough interest to warrant a second round.

V2, as I call it, will have a very different kit structure than the initial run. Below you will find the current version of them, they are not final and are thus still open for discussion and improvement.

The two primary changes are that this time I am using Git legends for the colored based kit, with Regular and Monochrome Modifiers as optional addon kits. Hence, the Hagoromo Alphas are now available separately instead of as a second base set. Furthermore I have extended coverage for other layouts, such as the Assembly kit and Spacekeys, as this run will happen through Massdrop and should therefor be a bigger GB, making these kits possible.

Colevrak and NorDeUK: I don’t want to really. Honestly, these kits always disappoint. The only time NorDeUK hit MOQ naturally was GMK Laser, and that set sold 2100 base kits. I don’t want Massdrop to be expected to hoard half the required units in their warehouse until the heat death of the universe. I will talk with GMK and Yanbo, and possibly offer these kits with an MOQ of 50, and if by the time the drop is halfway over and these kits not having hit at least 75% MOQ, I’ll probably just cancel them then and there already. It’s not that I hate you guys, I love every single one of you, but please prove that I am not making a mistake by adding these. They hit 25% MOQ on GMK Space Cadet (and for that NorDeUK kit, a quarter of the units sold in the GB were bought by Wodan and myself), so I don’t see those kits return on that set ever again. So should these kits end up in the GB, consider this your only chance to ever buy a GMK Oblivion set with Colevrak/NorDeUK support. Sorry if that sounds like a threat or so, but you are an endangered species. Thank you.

Regarding colors: Blue accents in Monochrome Modifiers will be same as Space Cadet blue. The beige legend color on gray alphas and monochrome modifiers will be custom this time as well, matched to GAL from SP. 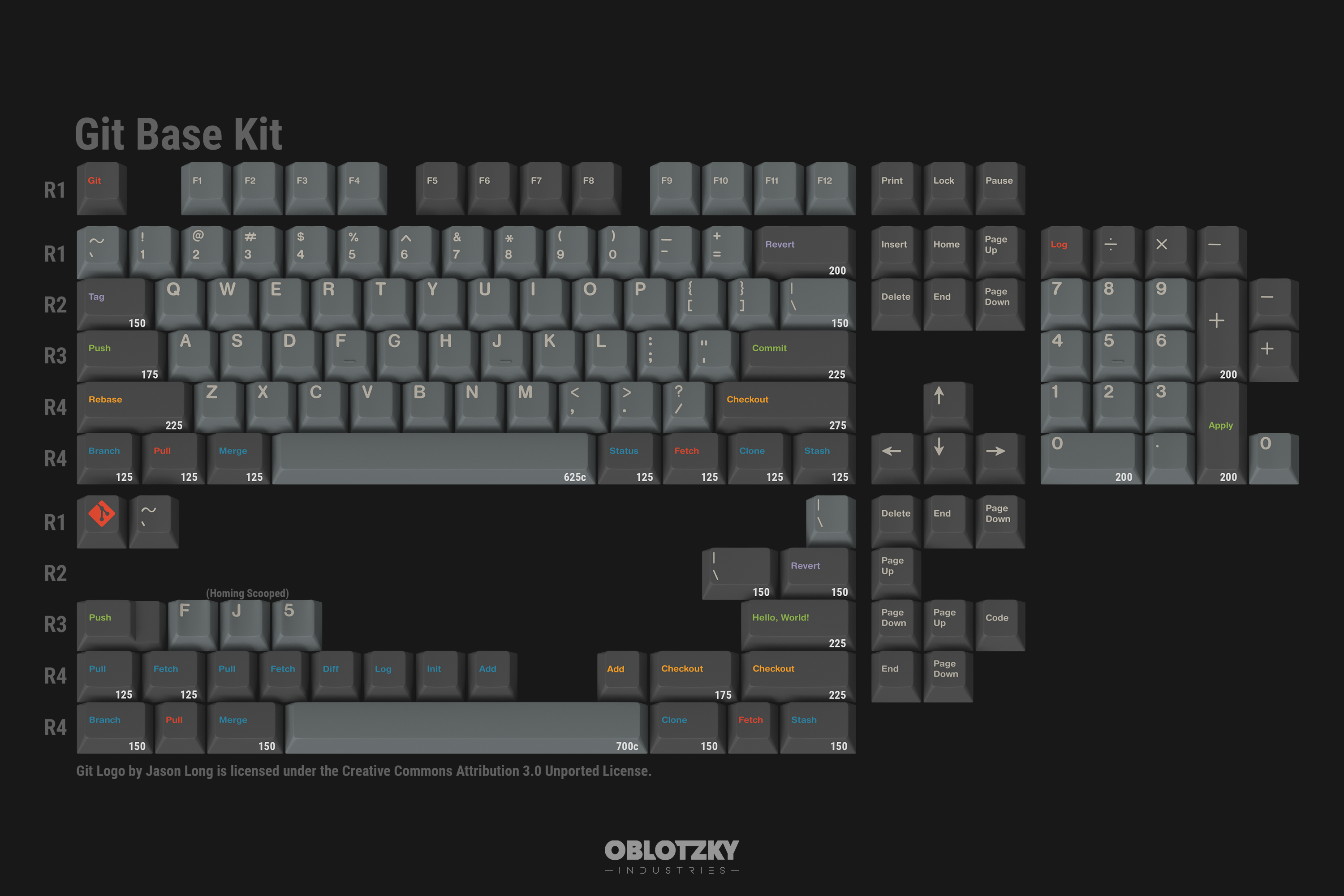 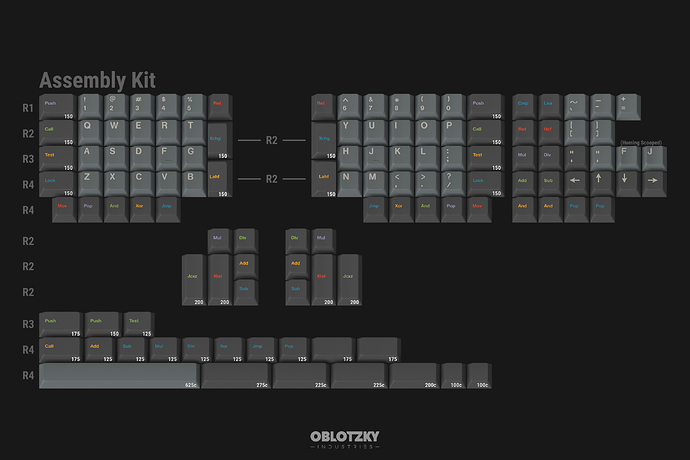 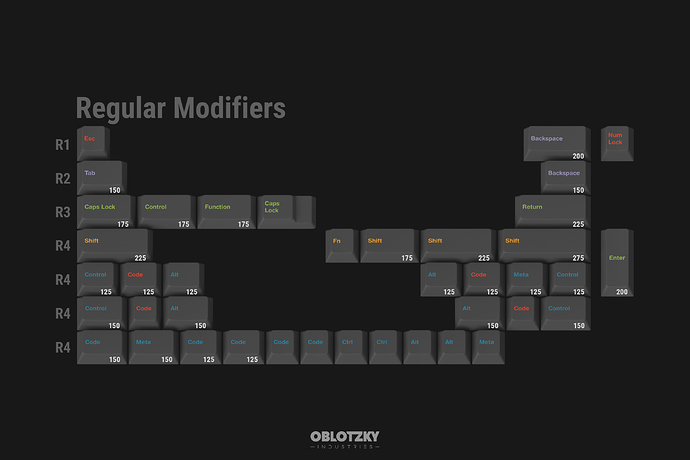 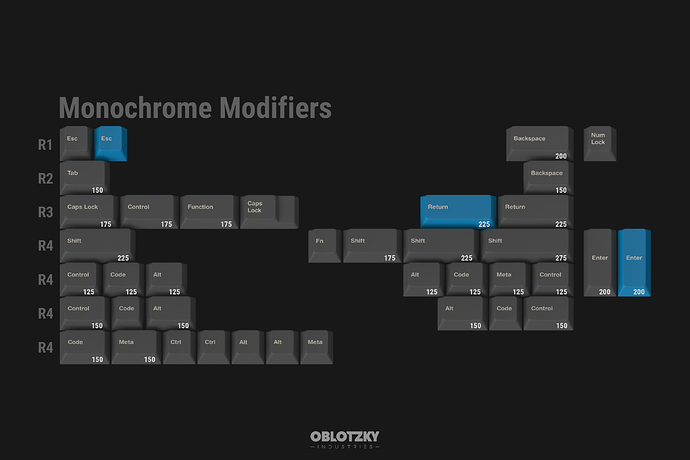 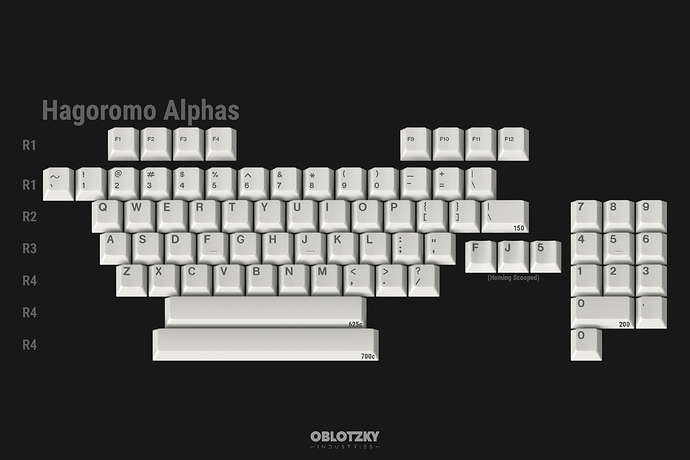 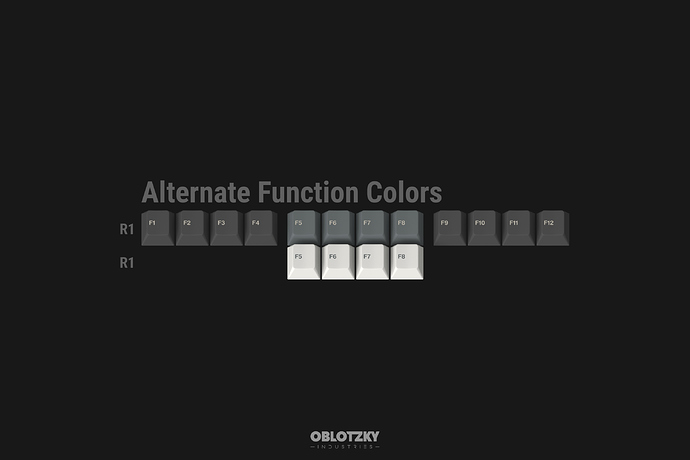 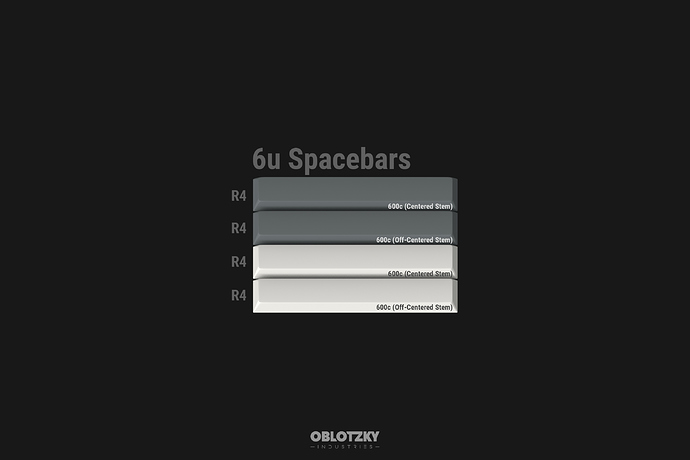 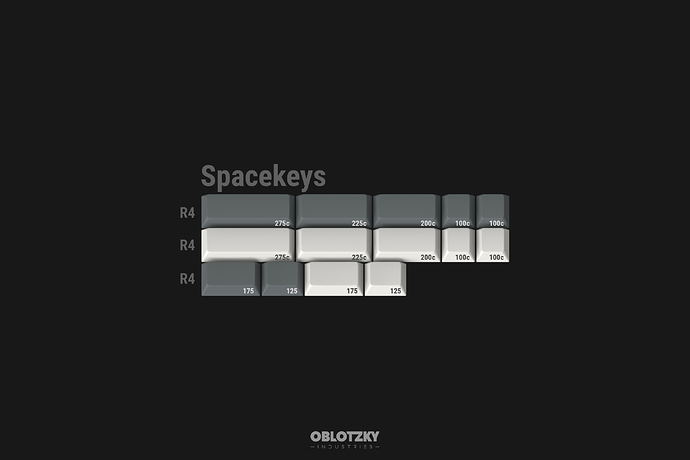 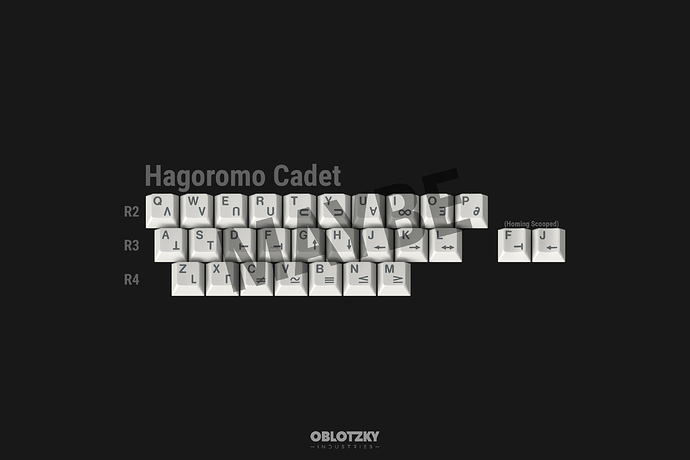 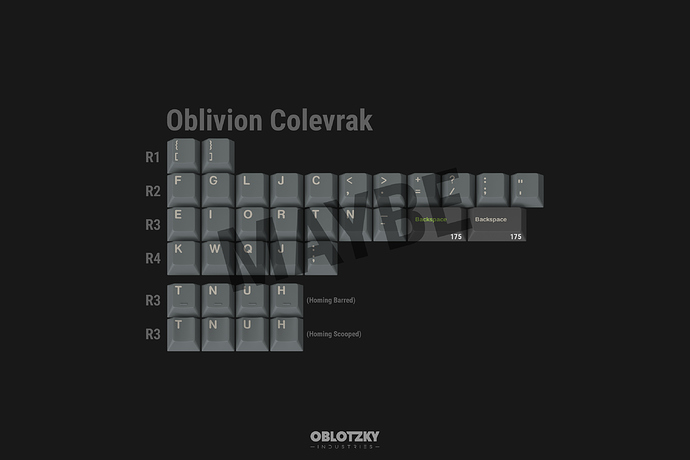 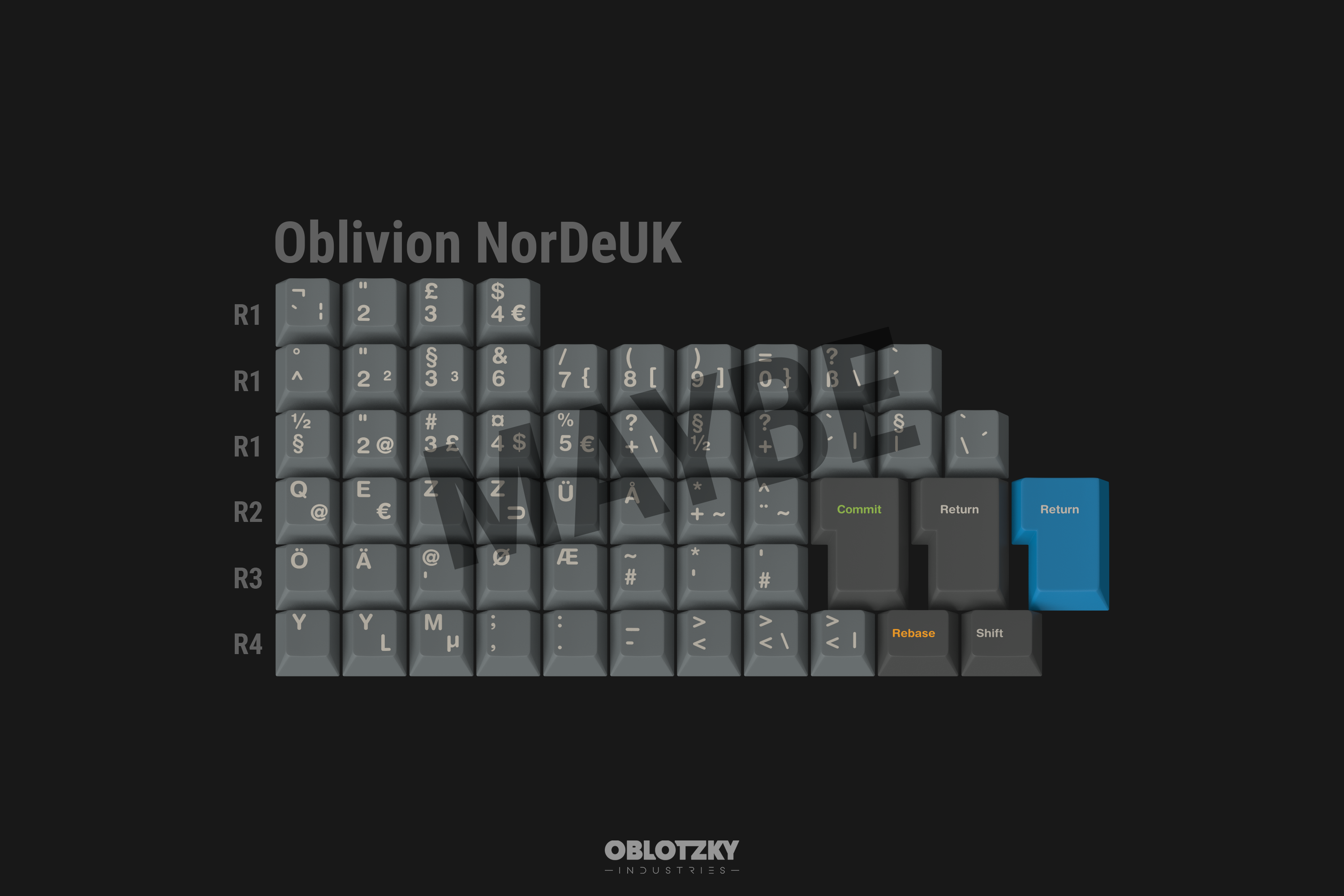 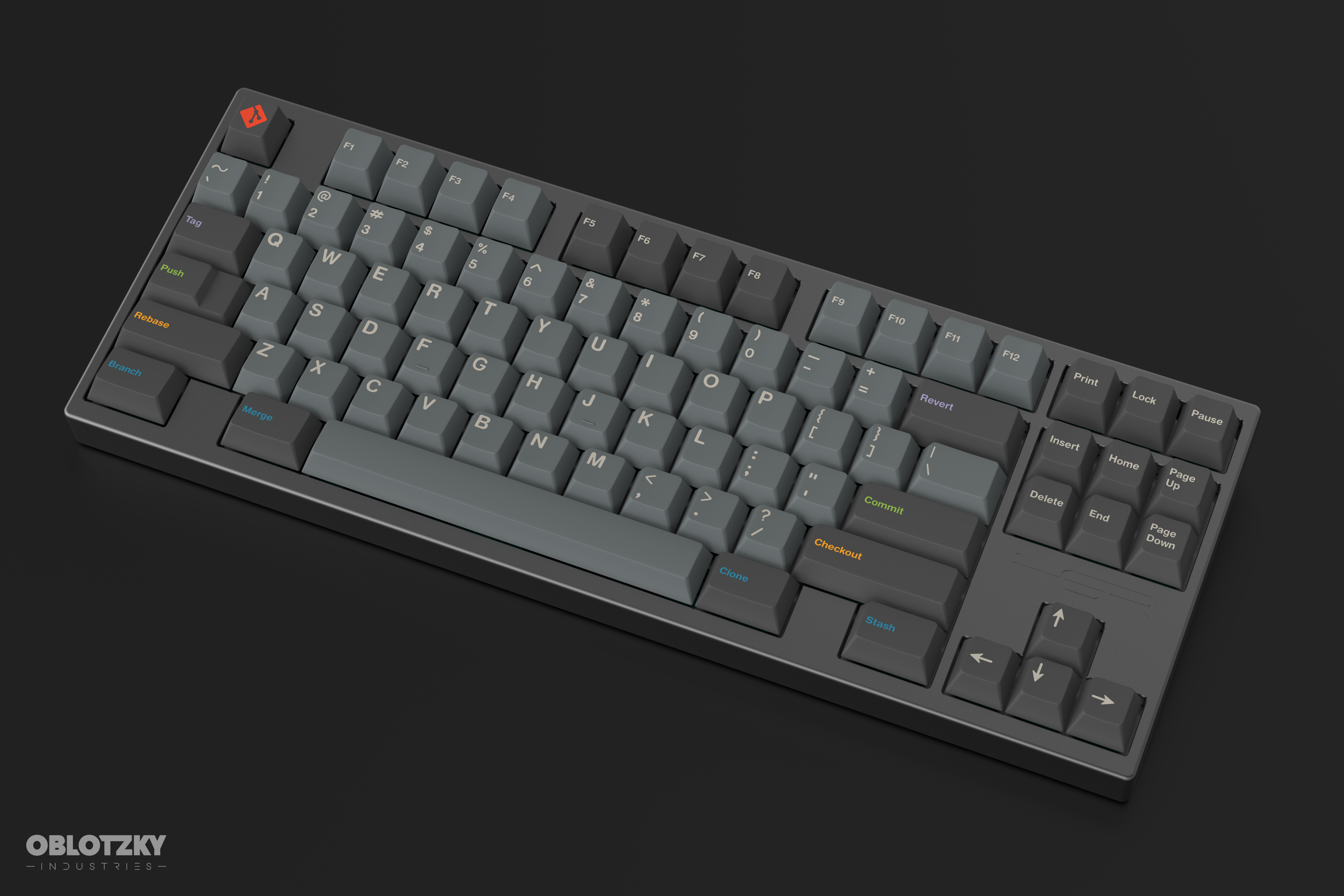 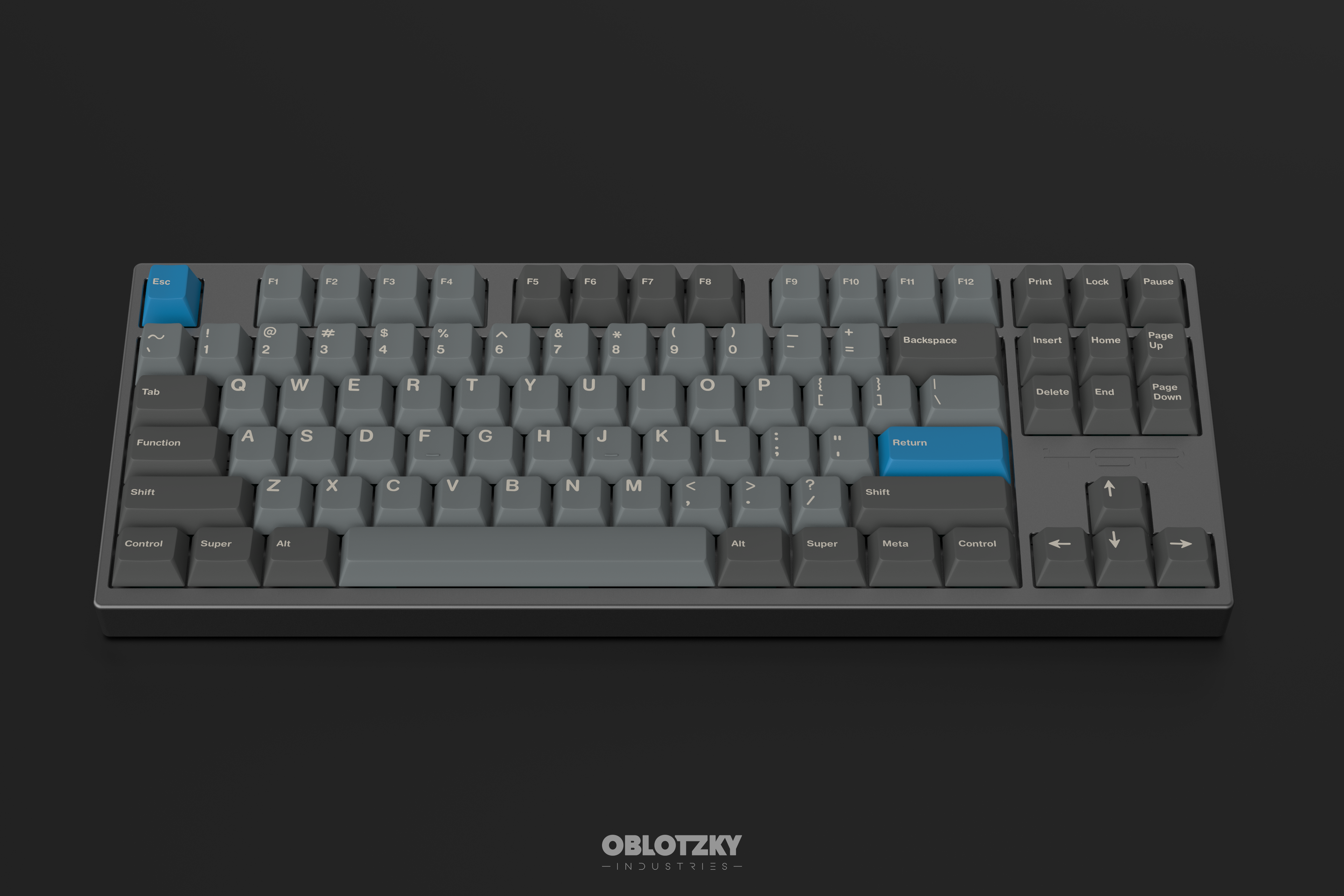 Andromeda by Zambumon and I 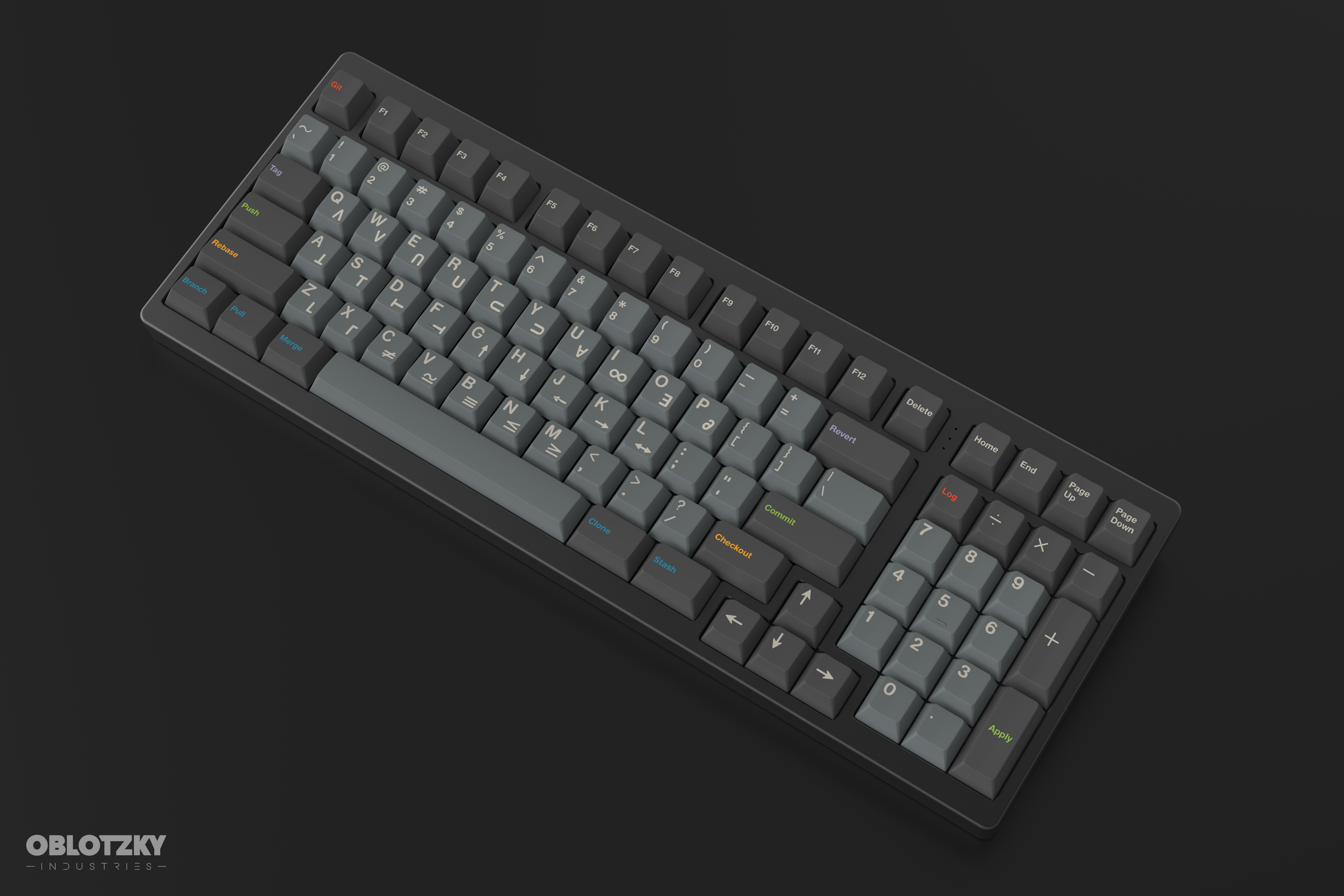 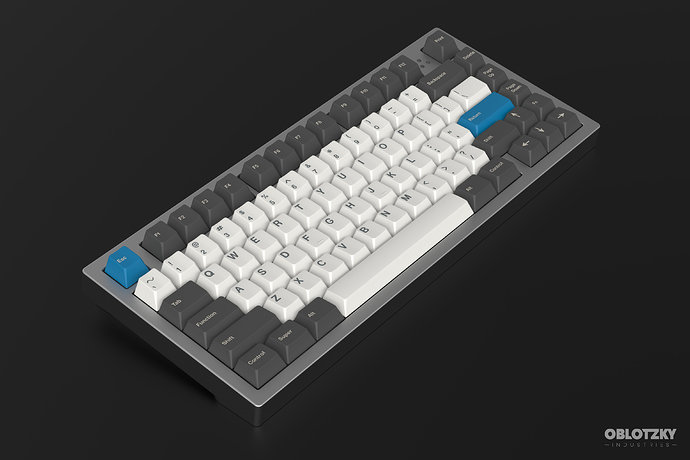 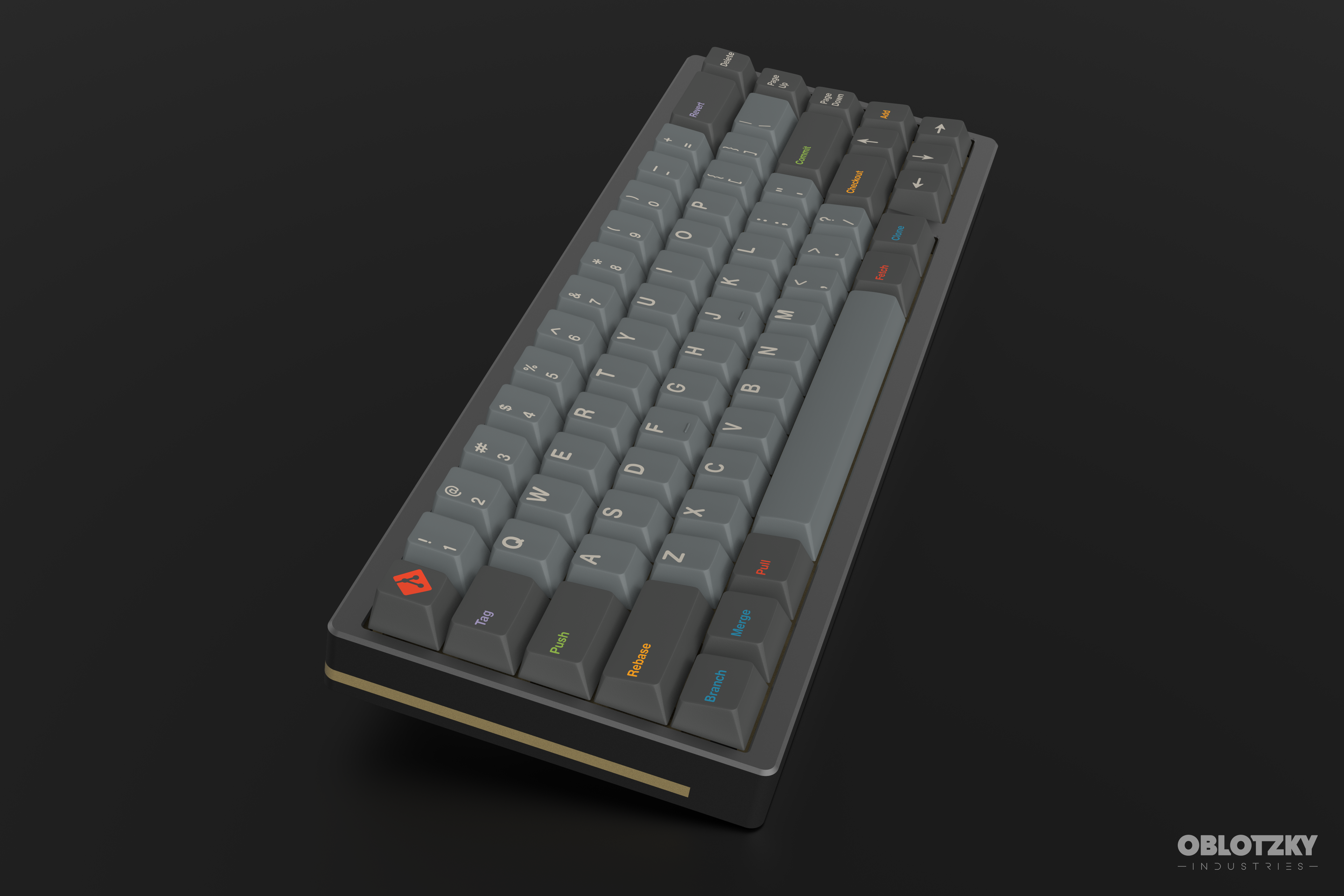 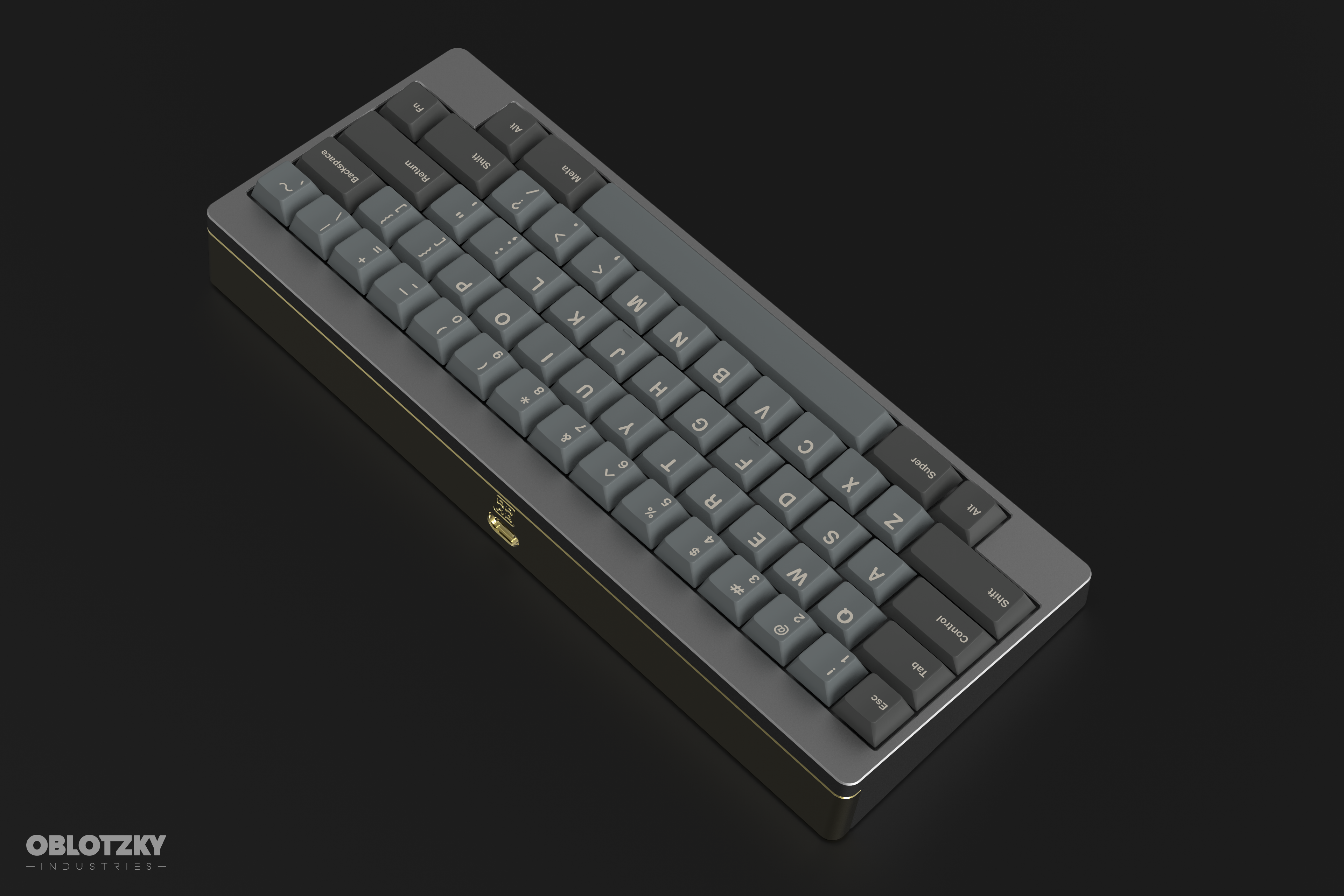 Unikorn by Singa and TGR 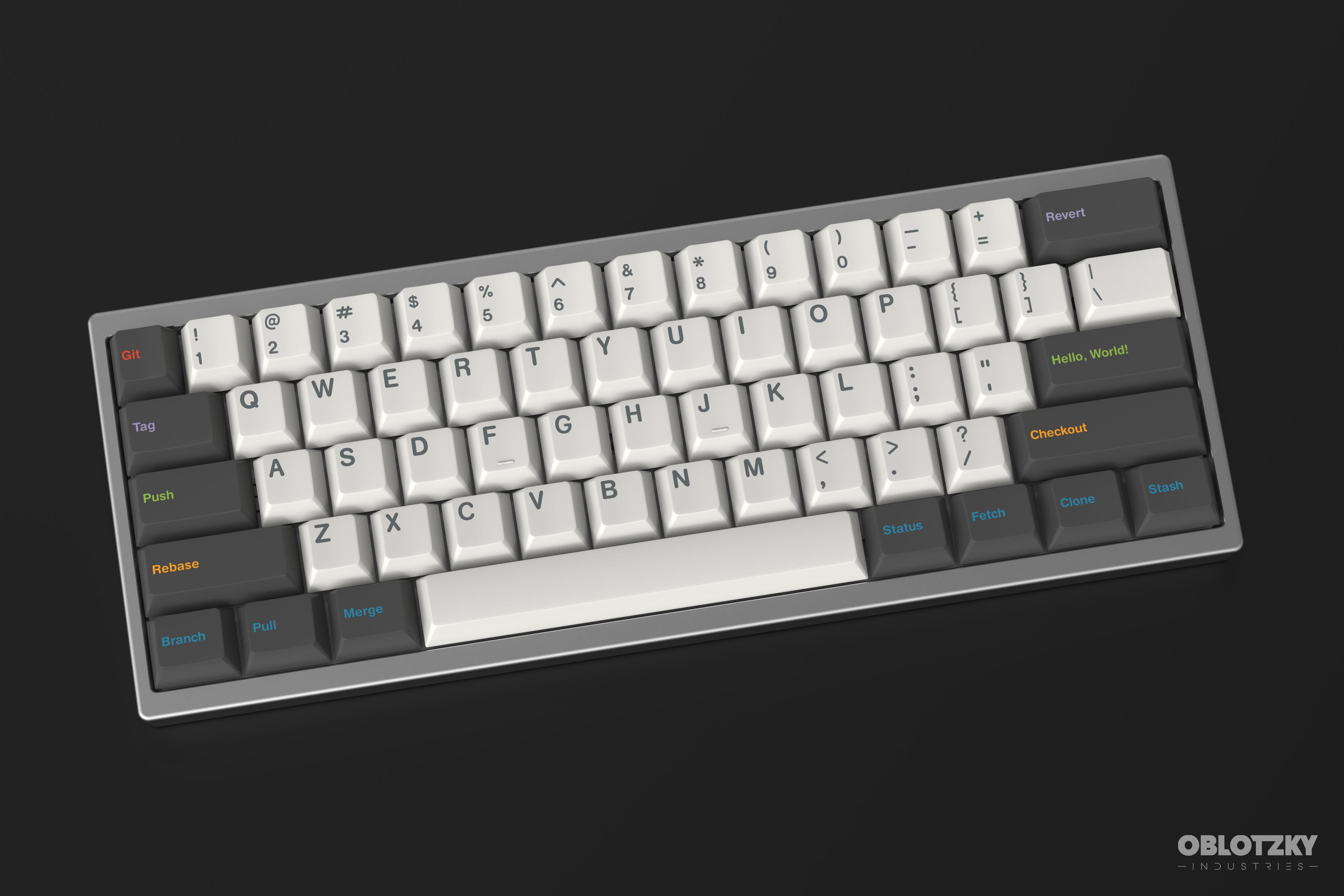 That is all, now please tell me, 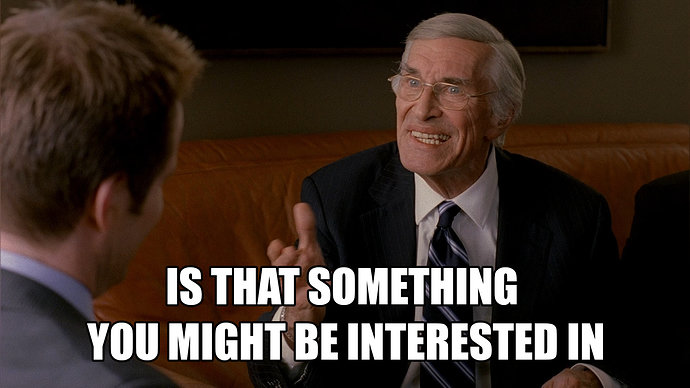 I’m into the Hagoromo cadet kit!

I’m in, been waiting for this.

Any chance the Hagoromo alphas could be offered as a second base with the monochrome mods being offered separately? I’m not sure what the cost difference would be, but seems like that might be a more price accessible option since there are fewer mods than alphas.

Oh, I’m very interested but not sure which kit. Buying all of them would be too expensive.

Git base + NorDe + Cadett! Now I dread the cost of it…

Oh man, I’ve been waiting for this. Definitely in for base and maybe some cadet alphas.

I’m down with this set running again for sure. I had to pass on the last run & the SA run so another chance to grab this set would be awesome!

edit: i would like it if the mods and alphas were split up in the git base kit, allowing us to choose whether we want original or hagoromo alphas

I really wish I could offer the modularity of a SA/DSA buy, however with GMK, this adds a lot of extra cost. For round 1 I wanted to do it this way (regular mods, monochrome mods, gray alphas and white alphas) but combining one alphas + one modifiers was 160$ compared to the single base kits at 135$. The gray alphas are the primary colorway and also outsould the white ones by 50% in the SA buy, so I will focus on having good pricing for the standard Oblivion theme while the Hagoromo Alphas will be optional fluff.

Def will be picking up oblivion cadet kit… could the git mods also be their own kit? Plz

I’m down with this; I just wish the base kit could go without the numpad

would it be safe to assume that this will probably run around $150?

I’m definitely in, as well would prefer the base kit without the numpad but not a big problem

I’m in for GIT base, though, wish regular colorized modifiers were offered also (would get both)

I’m in for a set with NorDeUK.

Interested in the monochrome base, but I’ll have to see what Modern Dolch looks like once it gets here. Probably very similar? Oblivion Cadet rocks, too.

So the only thing that will differentiate V1 from V2 are the modifiers? V1 had colored modifiers with standard titles and V2 will have the git modifiers which were not available for the V1 GMK set, correct?

Ooof I need this, I am in for this

so much for “I’m done with GMK”