Here is the first picture of the case samples. Hopefully I have them in hand sometime next week and I can get more pictures. 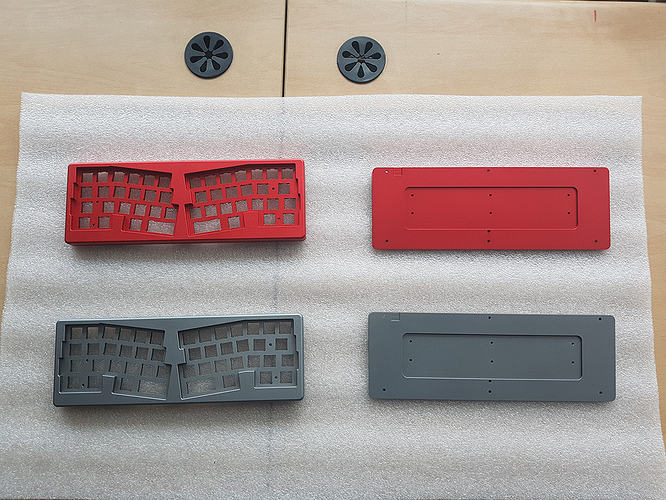 Received prototype PCBs. All is good and working 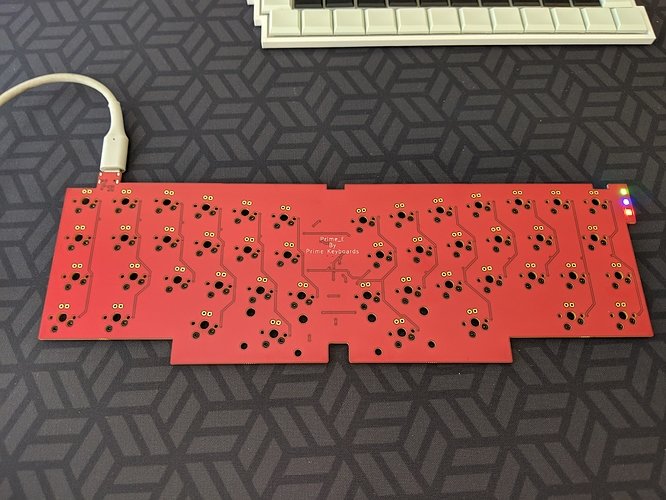 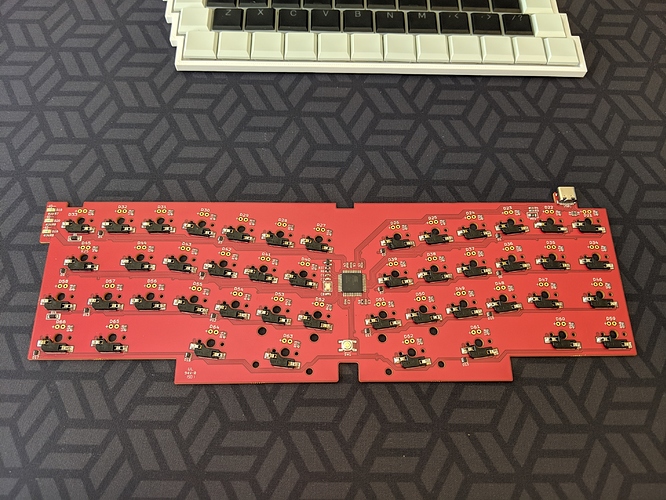 Here are some CAD views of what is more or less final. Things such as rounded corners could change based on feedback. Getting hardware of some form in hand mid January 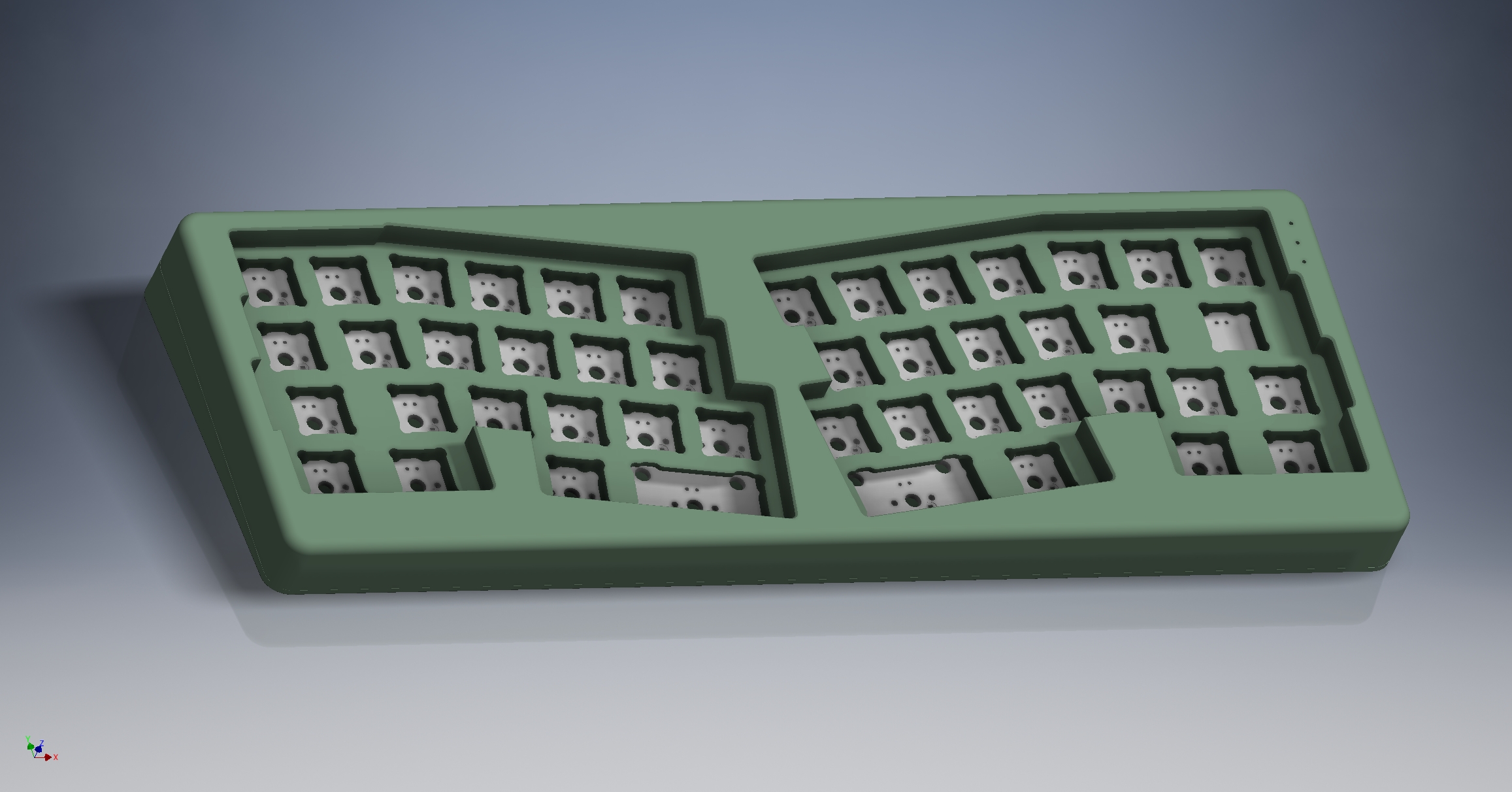 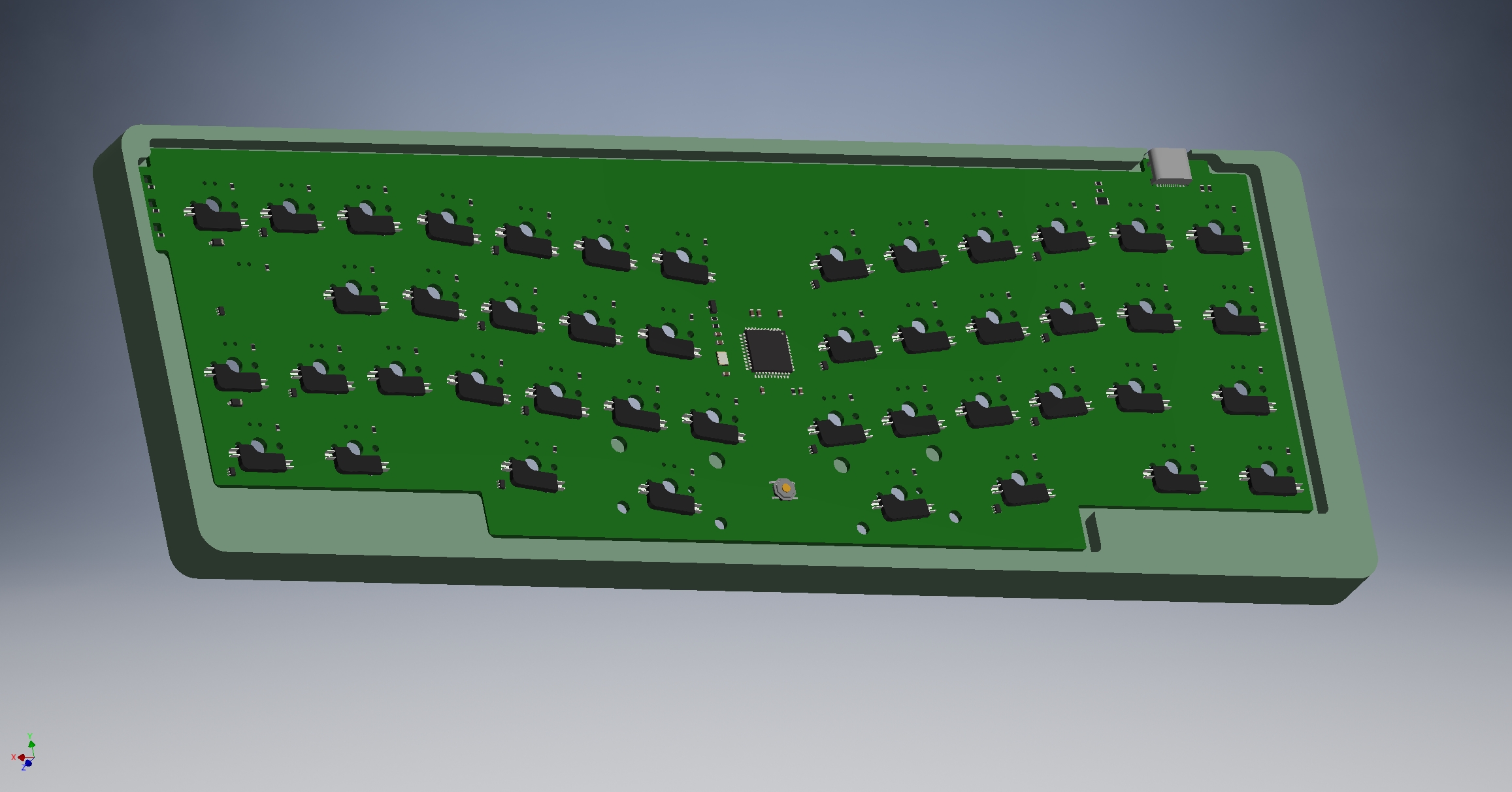 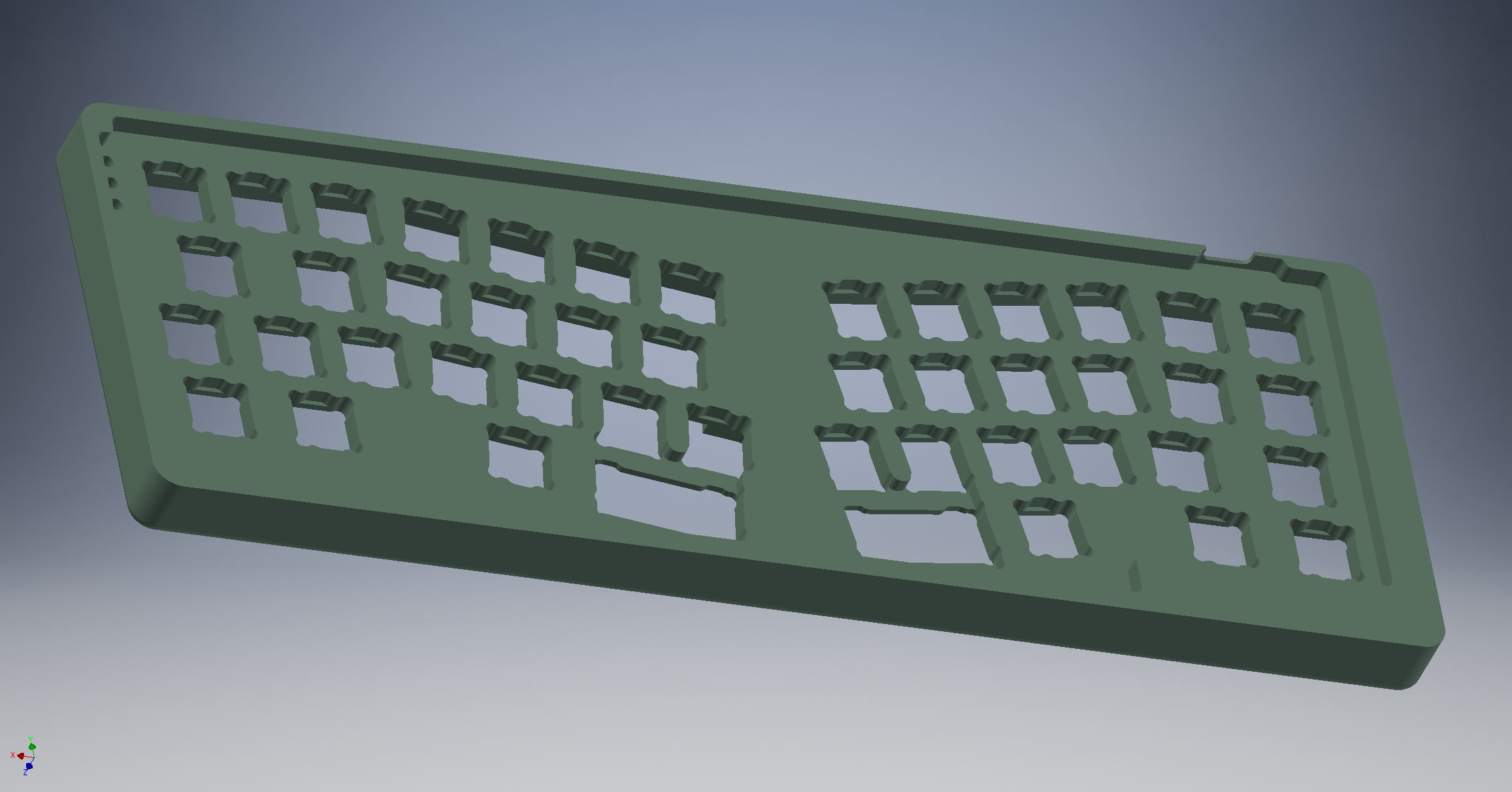 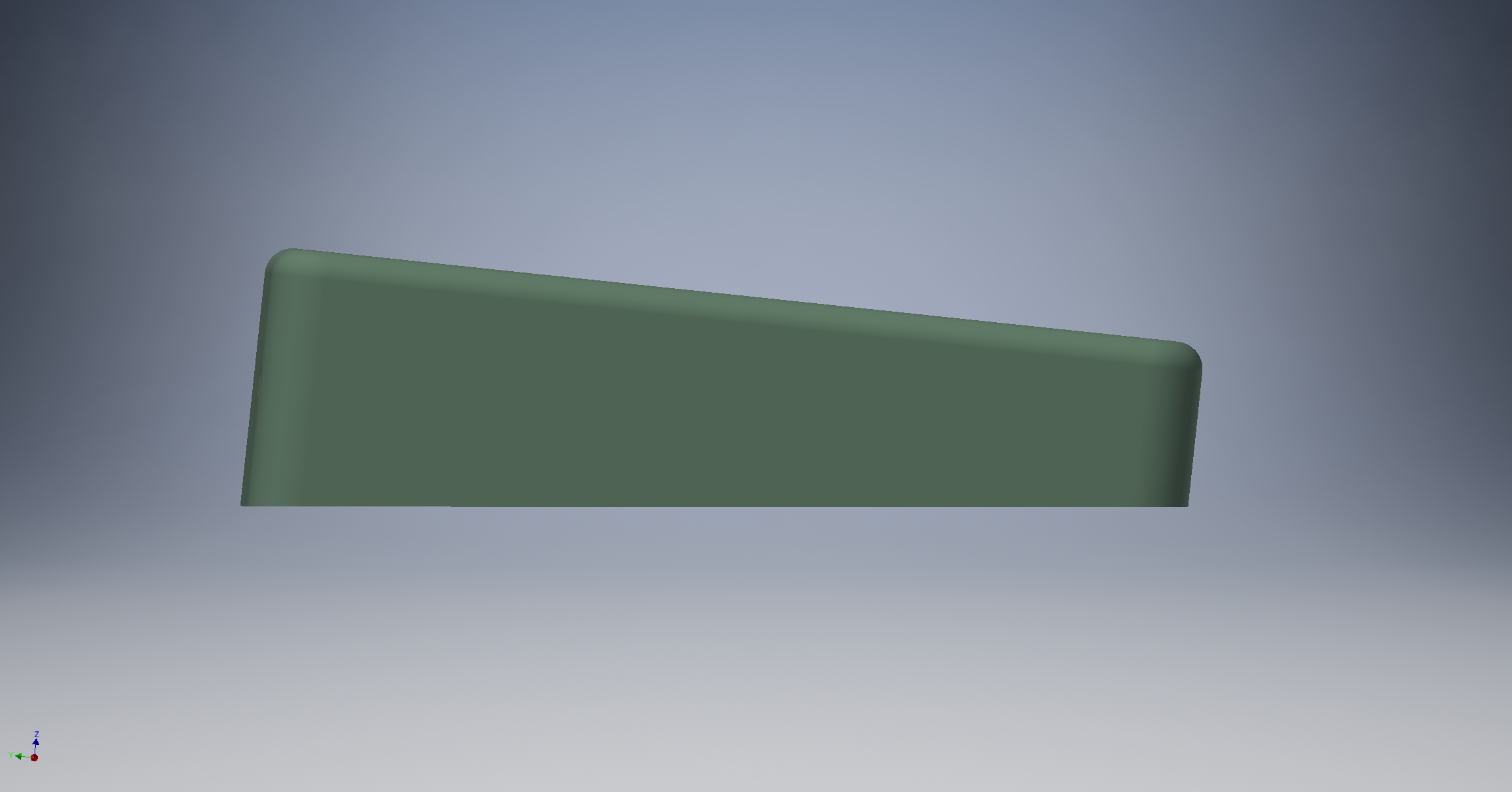 As I mentioned, I’m quite interested in seeing something like this come to life! I think the biggest area of concern as you’ve pointed out is the thumb cluster or spacebar area. Safest choices imo are 1.75, 2.25, 2.75 as these are pretty common extra keys or space keys in a spacebar/spacekey set.

I’m going to go through a lot of the IC/GB on GH and see what the majority of sets have and go from there. Hopefully I can find the time to get the CAD work done relatively soon so I can get some pricing.

Another thought. Have you considered countouring the case to the angles of the bottom row similar to Alice? If not, how do you find the ergonomics of the current case in everyday use?

I like the idea a lot. I think the second layout is the best.

I would be also interested in the left side numpad. It just needs to be a bit smaller imo

I like it! As for layout I think something between first and second would be the best - I tried to visualize my idea of bottom row in KLE. I didn’t want to spend too much time on adjusting angles, so it’s a bit croocked.
Here’s a preview:

This is pretty awesome. Consider me in. Any chance of making the numpad in your prototype pictures an add on for these?

Looks great @holtenc, liked the design since you teased it before. my vote goes for the 1.75u spaces - lets get rid of those stabilisers!

this looks freakin awesome, excited to see this thing develop

I quite like this idea, and in fact designed something pretty similar a month or two ago. Just never quite got the PCB done… 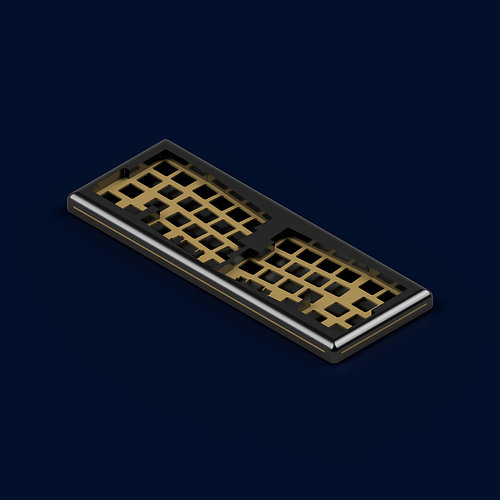 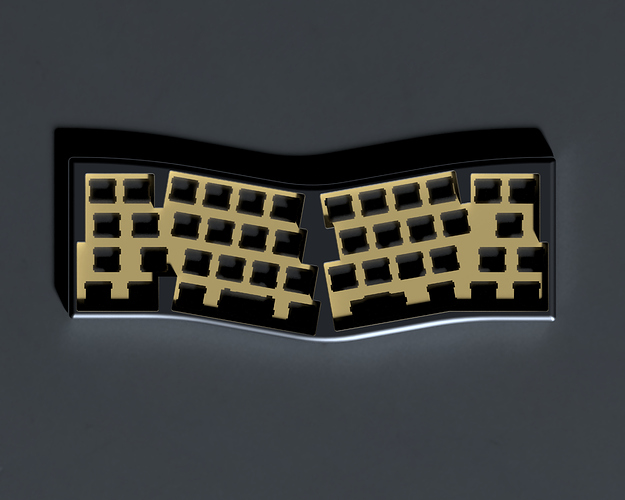 This looks awesome! I don’t have a strong opinion about what the layout of the thumb cluster, but I agree with your methodology of trying to create a board with the most possible compatibility.

I am excited to see what the pricing is on this. Please keep us updated!

The very first prototype I made was like this. 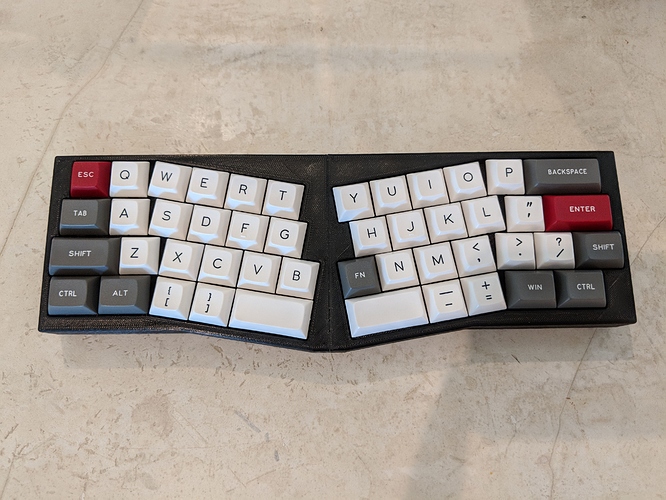 For me it didn’t make any difference whether the case hugged the bottom row or not, ergonomics wise. I’m a wrist rest user so the irregular shape of the case made it kind of annoying without a flush surface for the wrist rest to butt up against. Keyboard would occasionally shift clockwise or counter clockwise in relation to the wrist rest. But then again it was a very janky 3d printed case so it didn’t have a whole lot of heft to keep in in place.

I do like the shape of the Alice and this prototype, aesthetically , but I don’t want to make a keyboard that follows the same shape of the Alice quite so close. Honestly I was a bit afraid of someone calling me out for trying to jump on the Alice band wagon so figured it would be a bit more polite to not copy everything about it.

thanks man. those renders look fantastic.

Thank you. An addon as in a separate device? I produced something similar earlier this year. I would like to do another round of them at some point in the future with some improvements.

Yeah. I like it either way and a straight edge does give it a bit more heftiness!

Considering the changes necessary on the bottom row, I decided to start from scratch. Got the basic ground work done this evening. Going with 2.0/2.25 spacebars and split backspace w/ option for 2u backspace. May ditch the 2u backspace option if it proves a pain in the ass with hotswap sockets. Here are some renders with the bottom row blockers. Keep in mind it’s still pretty rough and needs a lot of work. 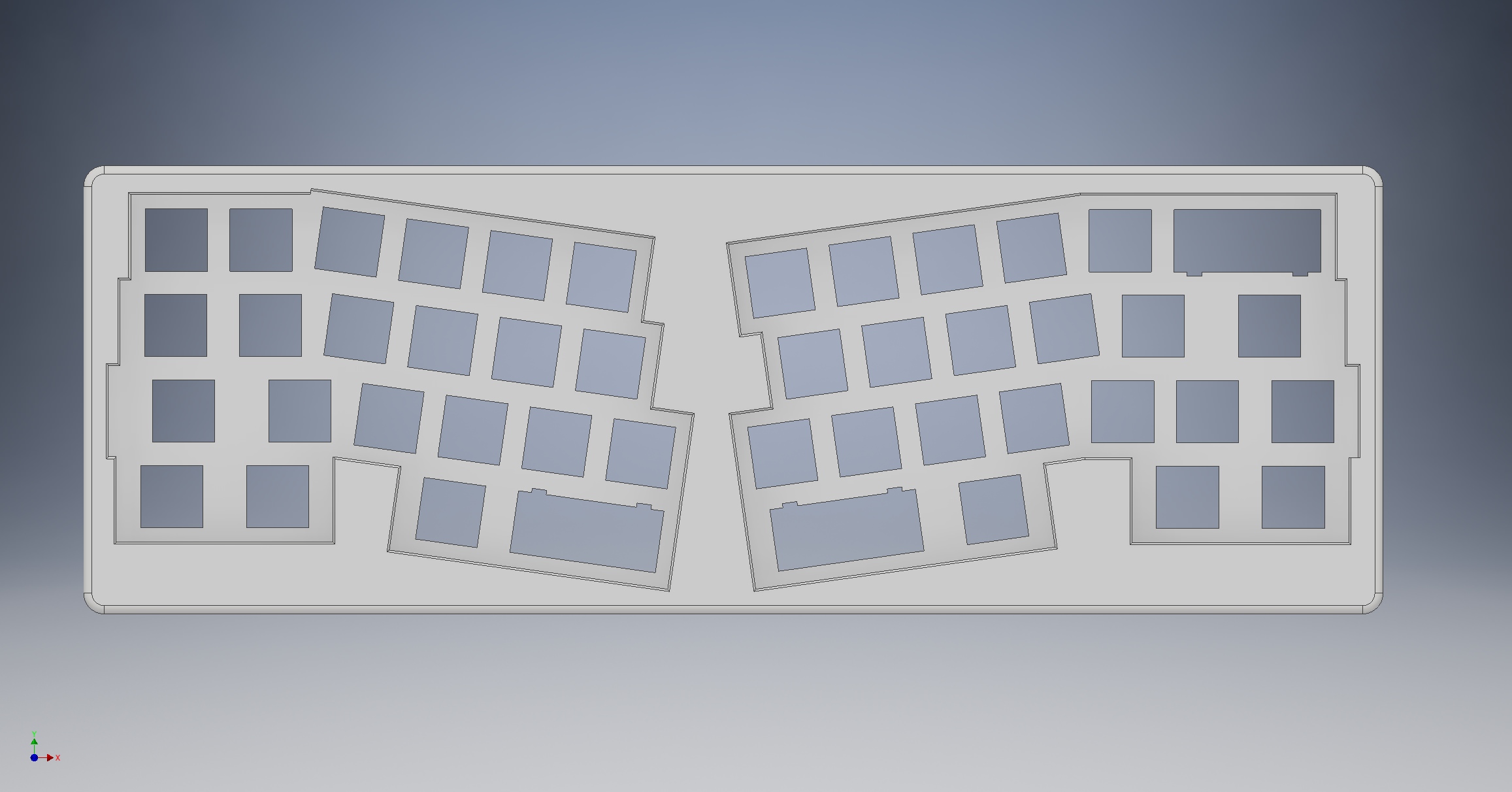 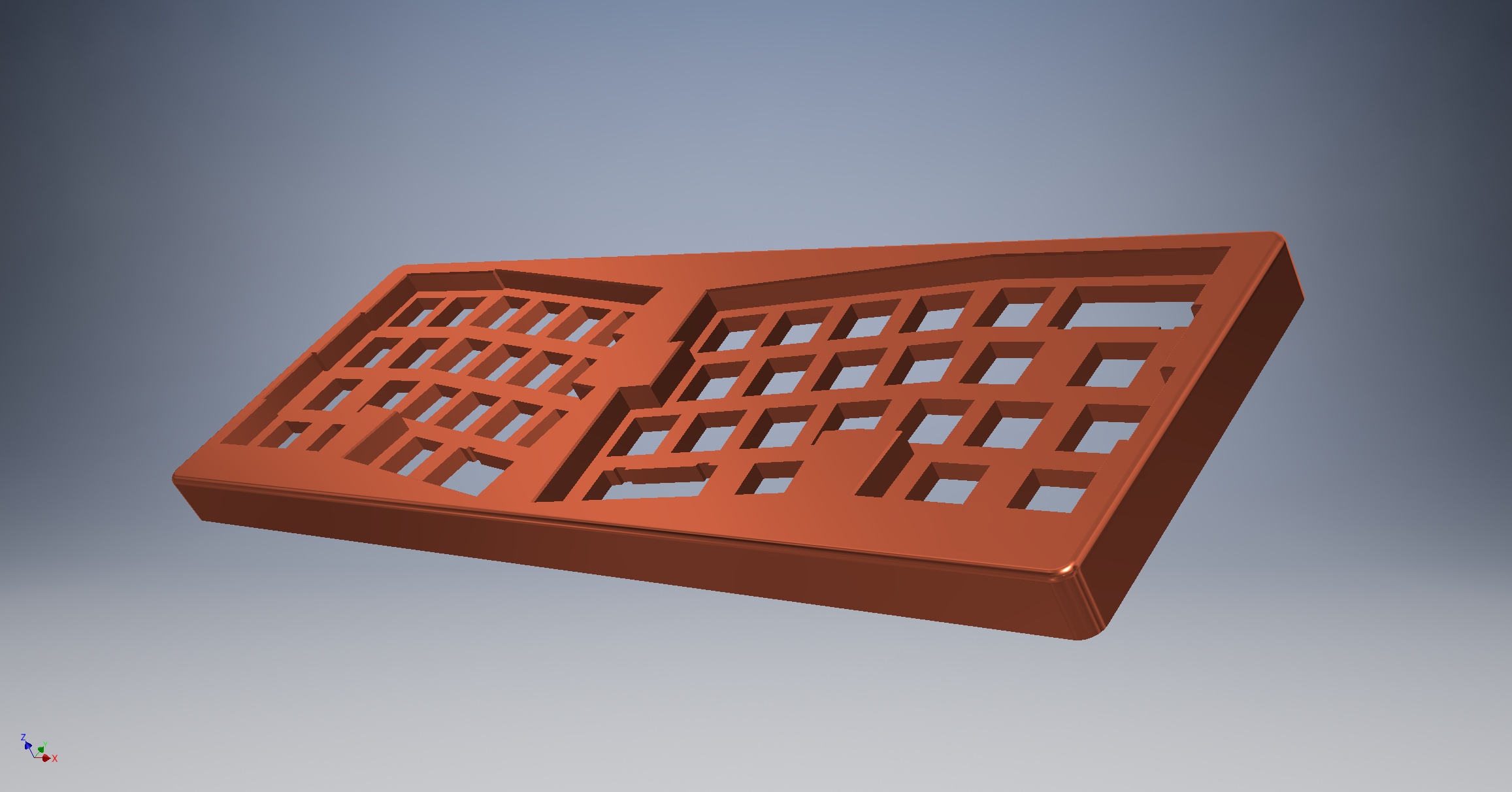 I really like this design a lot! Sure it is kinda similar to the Alice, but this being a 45% board I think separates it well enough for it to stand up on it’s own. Really cool work here @holtenc! The only drawback with this design is the fact that there is a few nonstandard keys in all three layouts. Not a big deal if you use DSA, all R3 SA, or XDA with this board, since you can get blanks in just about any funky size you need with them. Also most XDA sets come with a bunch of crazy nonstandard keys, hell the blue/gray duye-sub set I got from Novelkeys even came with a big ass enter LOL!

Glad you like it. Yeah those pesky non standard keys are the bane of any 40% user. Luckily it really looks like most sets are starting to include a 40% and/or space bars kit .