If you’ve come across something cool/new, but it doesn’t warrant its own thread, share it here!!

My addition: the Polaris v2 is coming!

Well check that out! It still has plate mount stabs, but is that a color-matched polycarb plate I spy? And brass thread inserts? High-five, NovelKeys. Some fun colors this round, too - that blue one glows in the dark!

Wow, glow in the dark! TBF, I’ve never had issues with plate-mounted stabs.

Not that there was any doubt, but Mike’s still got a hot item in the NK65EE - already sold out again! Another high-five, NovelKeys

This is basically what I was hoping from a KBD8X Lite.

Wonder how it compares to an MK870 with polycarb plate. You can get PCB-mount stabs into an MK870, but the NK87 also says it has screw-in.

Is this a tray-mount? I think the Aurora may have a superior mounting system, but it’s not quite a TKL.

They call it “modified top mount” but I call it tray + top mount.

The assembly first attaches to the top case around the edges, but then screws into the bottom like a normal tray - at least that’s how the NK65 worked - I haven’t looked into the 87 much.

How about this monster of a steel case if you can handwire/design a PCB? Looks like an ISO layout plus super cute mouse button

These are heavy, big cases! These would be perfect for a DIY keyboard project, and even have threaded standoffs on the inside of the case! With each case will be a bag of hardware that goes with the case.

Pretty cool. I can see how this would help save the day in some use cases.

Shure, but I prefer to put all the switches in the plate then on with the pcb.

I can think of at least one past build that would have made much, much easier…

My learning experience that POM plates require patience, planning, or both. In retrospect, I probably would have had a better time putting the switches all in the plate first.

Haha, I had just seen that on alexotos’s stream and thought, I kinda want that

Not sure if this has already been mentioned somewhere already, but I see Zeal’s plate mount stabs are for sale:

After numerous prototypes and adjustments, we've finally completed our version of the plate mount stabilizers. Fully clear nylon construction paired with gold plated wires. Each set contains the following: 1x 6.25u OR 7u gold plated wire4x 2u gold...

I remember waiting on these to come out - but I don’t remember ever hearing they did.

Got another one - I’ve been hoping for a dark colored MDA set for some time, and now there’s one in GB that covers more than a 60% (like their existing dark grey MDA set):

Welcome to the Interest Check of MDA Future SuzuriCalligraphy, which was brought to Japan from China along with Kanji characters, is not only a method of recording and weaving eternal history and literary works, but also an art form in itself and an...

Edit; for my fellow yanks: Type into the future with MDA Future Suzuri From designer monksoffunk: "Calligraphy, which was brought to Japan from China along with Kanji characters, is not only a method of recording and weaving eternal history and literary works, but also an art...

They’ve been out for a minute

I’m familiar with these: The MDA Label keycaps are Inspired by the washing symbols on the clothing tags, we think it's interesting and lovely . In our society , we all get our own tag/Label, we are son , daughter , father , mother , friend , or CEO etc . We can be any one if...

But the one with more coverage is new to me, at least.

I actually have these in a build. Bought them during a previous sale.

I think I may have bought two sets, because they went cheap, either $35 CAD or closer to $30.

Lubed, I put them in an Archon AK89. I am still working on that board, so haven’t used them much. But they are much quieter and more solid than the stock stabilizers.

I think I put leftovers in my RAKK, but the improvement over stock is more mild. Harder to tell the differences, although they are there. I may have screwed them up a bit as I installed them in the RAKK after a long absence in installing stabilizers, so I kept trying to put the 2x in backwards!

But the ones I put in the AK89 are great, can’t wait to use that board. It’s going to be a silent 100%, and the lubed stabilizers were an important component. The ones on the RAKK are trying to stabilize MT3, which may be more tricky.

Look at this thing. That’s 182 keys of intimidation right there. I don’t really know where to put my hands in all honestly. Can you imagine L/F this behemoth? 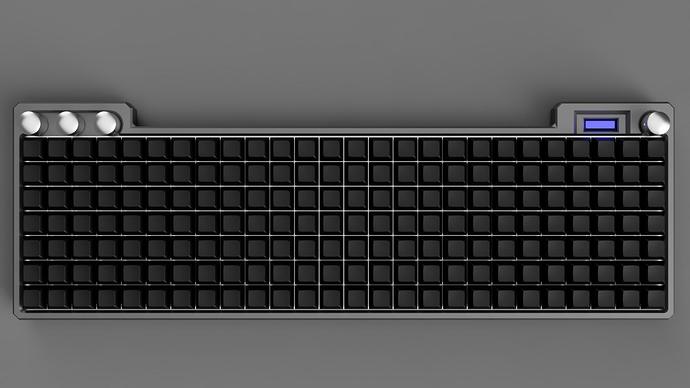 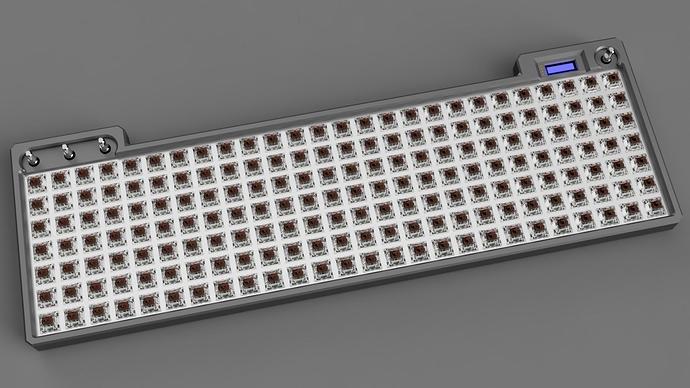 And blank keycaps at that! Absolutely nutty.