This Macropad from Owlabs looks fun! Hadn’t heard of their Voice65 keyboard before - did anyone get that and liked it? 7-Key Wireless Macropad by OwLab! A part of their Voice keyboard line, this will be the Voice Mini. Finally, the best place to put your ISO Enters!

Ok, this is sooo cool. Just imagine this for keyboards! 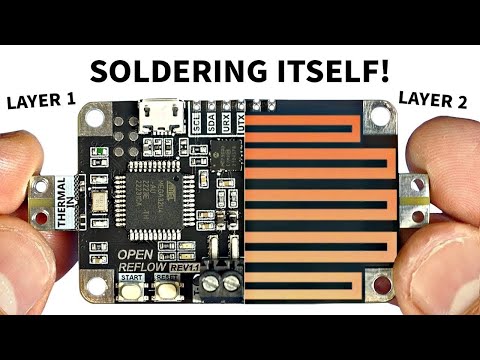 Thoughts? These switches are so intriguing

So far I think they’re great. I haven’t actually fully built the board (it’s a solder board) but as others have said here. It’s a smooth switch with a non-obnoxious click. Pretty cool

I’ve been typing on the Cream Clickies for a few days; I think the only negative thing I’d say about them is they have what I’d call above average off-center resistance. Pushed straight down from the center of the cap it’s basically melted butter - but at extreme angles there’s a lot more resistance - maybe cold butter.

Not necessarily full-on binding or scratchiness; think traditional Cream slip-stick, but more - likely thanks to more surface area to slip-stick against with the stem shroud. In typing, it feels a bit like the smooth resistance Momoka Frogs have, proportional to how off-center you hit.

I’ll also say there’s some minor but noticeable inconsistency with how smooth they are; I’d say most of them are pretty much the same, with the occasional less-smooth one. In my three boxes (100+ switches), so far I’ve found one with a more muted click - I’m guessing either the snap-cap wasn’t formed correctly, or may have gotten a touch of lube on the underside.

I’m finding them a little harder to acclimate to quickly than most other clickies, but I’d say this is mostly because my fingers are looking for that tactile confirmation to go along with the sound. If I consciously think, “okay, brain - these are linears” I type at near my normal speed - and either way, they’re quite satisfying.

Off-center resistance is one of the most important aspects in linear switches imo, smoothness is irrelevant when off-center press is not good, it can change the whole typing experience. For a week, Hanami Dango is only $99. It’s a controversial set. The designer didn’t really know how to color match and never updated on GH. The end result is pretty close to GMK Camping, but with pink accents. More like a mix of Camping and Watermelon. It’s not a bad set at all, but far off from the original renders. Kono has some real photos on their site, but you can find discussion on the GH group buy page too. 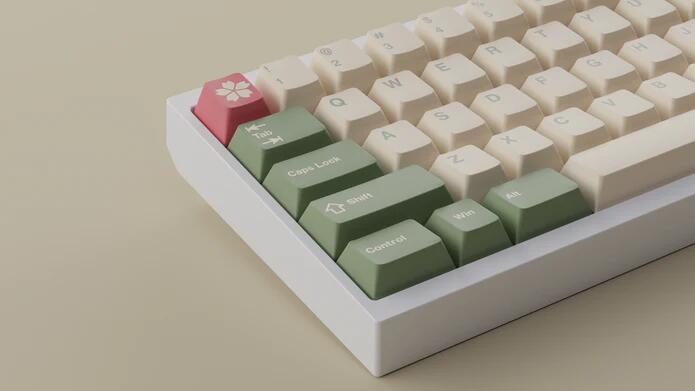 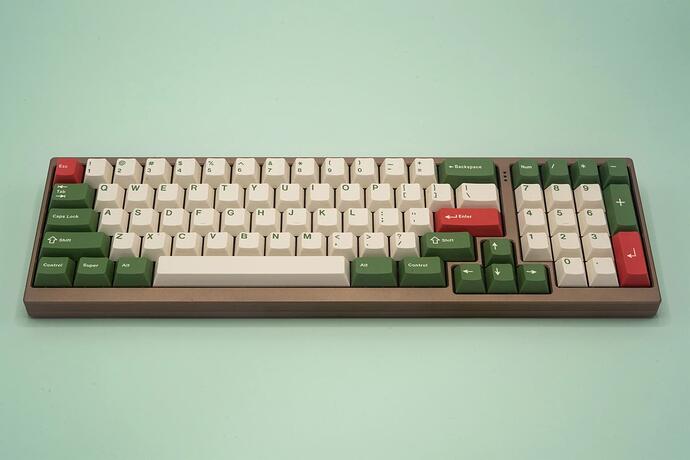 Also, if you are a Spongebob fan, GMK Star is only $119 for today only: Prepare for bumbling ocean adventures with GMK Star. This nostalgic set is packed with nautical nonsense. Even if you live under a rock, or believe in musical condiments, you’ll appreciate its vibrant reef-inspired design. Novelty caps and...

This one looks fairly close to the renders. Here’s a real photo from reddit. The purple and pink are good, but the green is a bit darker than the inspiration. Still look nice though: 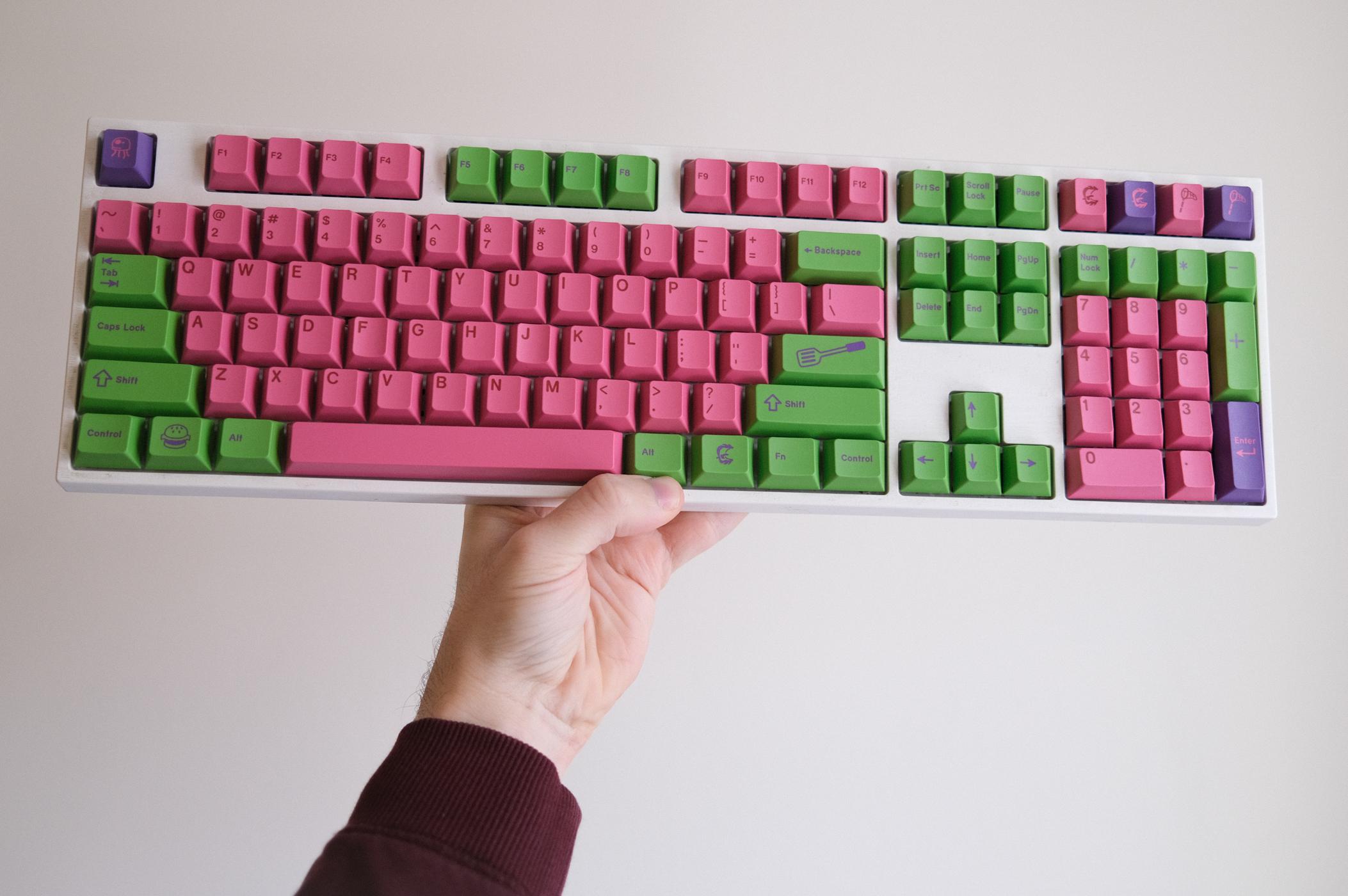 The thing about both of these sets is that they are cheap, but the novelties are f&*#ing overpriced. If I bought the Star set, I’d definitely want the novelties… and they’re $68… and that’s on sale…

I might sit this sale out and just see if I can pick up a Star set with novelties a few months down the road for less.

Honestly I’m not sure what’s more appalling: the “normal” price of the base kit or the novelties (on sale or not).

Ha, so I wasn’t imagining things - I clicked on the hanami dango link out of curiosity in my instagram feed and it was nothing like i remembered it looking like when it was first pitched back in the day. That is very unfortunate, I quite like the renders.

That’s Kono for ya.

The designer didn’t really know how to color match and never updated on GH.

I had to look into this, kind of interesting that their response was “I was 18 and dumb”. I guess that means they are 21 and wise now?

Now this is something interesting.

While watching this video about a new silent switch design, that is noteworthy on his own, the reviewer notes that the silent switches, besides the new silencing design (plastic cutouts to be compressed instead of rubber), has 2 holes in the bottom.

So out of curiosity he drills 2 holes in the bottom of a CAP switch, which in my experience is high pitched and loud, and the switch got significantly quieter. 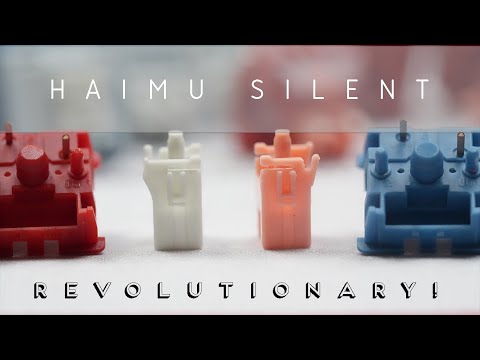 Just got my shipping notification.

Excited to see what they sound like. I recently worked on some hyperglides to see if I could get them to sound nice, and they just don’t do it for me anymore. I’m spoiled by those long poles

That really is interesting about the holes - makes me curious about the physics going on there. Seems like such a tiny thing, but it’s clearly significant. HaiMu has been doing this with most of their new switches, silent or no - either the two holes on either side or a sort of “X” grille at the bottom of the tube.

They’ve been playing with the leg dampeners for some time, though - I focused that one YouTube switch video I made like a year and a half ago on that feature: 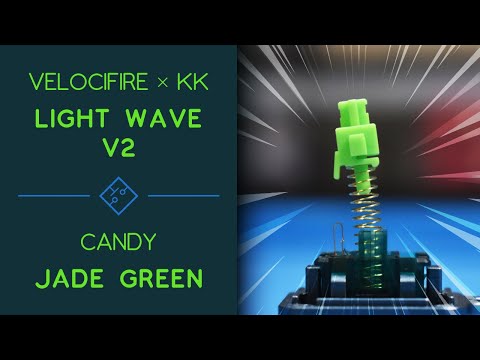 At the time “KingKeyboard” was the name being used for the manufacturer, but HaiMu still makes this exact style of switch;

I’ve seen linear and tactile versions of this thing - it’s neat, but I do think the current round of them is an improvement. That said - I still think there’s room to push it further. The bottom dampeners are great, but the top ones still make some noise. They aren’t loud - the top-out is louder than that of any silicone dampened switch I have.

With my lack of actual knowledge about sound and sound travel I can only guess the sound finds a way out instead of echoing through the housing and the plate, and with the holes in the bottom it travel away from the mic and able to disperse in the case.

The guy’s keyboard is also not so ideal from the sound tests I’ve watched, quite pingy and metallic loud, he also uses a brass plate, switches with holes will probably sound more muted and low pitched in something like the NK65EE or any good sounding board.

The TKL Classic! The standard TX colors (red, gray, silver, and black). I love that they are bringing back that TX-CP bezel!

Oh man, I just found out they are going to have a beige option as well! Very limited at Mekibo. They’re actually for sale on the TX korean site. But I don’t think I can buy that from the US, right?

I know that Mekibo is getting some b/c they mentioned it on discord today. I’m hoping they’ll have some beige. The beige are currently sold out on the Korean site.