MT3 Keycaps 'rubbing' on each other?

Hey all, I recently got the MT3 Susuwatari on my KBD67 Lite and I came across a weird sound when I press the left side of my Enter key – it turned out that the wiggle of the keycaps actually was so much that it was hitting the side of my \ key (it doesn’t haven’t that sound when the \ key is removed or pressed)

This is strange because I was previously just using my 2048 MT3 keycaps and I didn’t come across this issue. I’ve contacted Drop to see what can be done, but could it possibly be user error with the stabs perhaps (like they’re loose or something?) Has anyone come across this issue before?

Do you have a clear picture of what is happening?

I doubt it could be loose stabs, but try just remounting your keycaps carefully.
Are were the switches properly seated during installation and aren’t crooked?

Do the keycaps sit straight on the switches?

So I actually have had this happen before, and it did appear to be something to do with the stabs, though I never conclusively figured out the exact culprit.

In my case, I think it was the heat-shrink mod I was attempting - it was a little too wide and was causing the stabilized keys to twist a bit as they came down. I was using Durock V2s and MT3 caps and had the issue on the spacebar - took me a minute to realize it was the cap itself hitting an adjacent one.

I also have a KBD56L with KBDFans’ new polycarb stabs - and I will say that while they’re plenty smooth, they do allow a fair bit of rotation. (I don’t think they cause it by themselves, but allow for it if something else is.)

I haven’t had any caps touching on this keeb, but if I nudge them from the side they have enough free play to do so - so some amount of stab tuning may help here - though I’m not versed enough in it (or these specifically) to tell you exactly what needs to be done. Maybe try removing some of the surrounding keycaps so you can get a view of the stabs and see if you can see what/where the forces are pushing the cap this way or that.

There’s a possibility that it’s down to your typing style combined with the play the stabs have; does the key twist no matter where on the surface you press? I’d try messing around with that, too, to see if you can find any patterns there.

Hey! On mobile so short reply: but here’s a vid comparing my two sets of MT3. Double checked the stabs and no issue there. Think it’s def a clearance issue.

Going to send this to Drop support to see what they say — but idk what they can do. In the meantime might try to sand down the edges…? 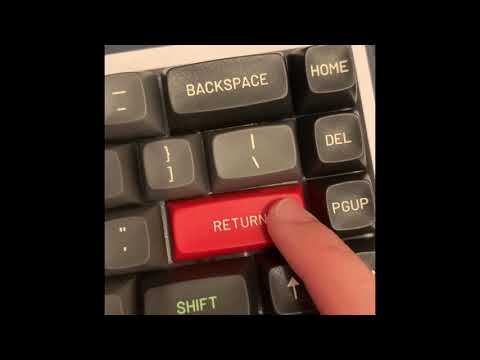 I use MT3 on almost everything, and I’ve only really had the issue on that one board - I’m inclined to think it’s something with the stabs, so I’d look at modding them before sanding the caps themselves. I got rid of the issue on the client board I mentioned by switching to different stabs; I didn’t have time then to fully investigate the cause, but swapping the stabs did make it go away.

i also use most of the abs and pbt mt3 sets and i only see this issue with switches with too much wiggle/wobble. havent encountered with stabs

Any suggestions for stabs then? I sanded the bottom edge and it seemed to mitigate it a bit.

I see the “durock v2” in w local seller market - are they any good? They look so similar to the kbd67L one though I’m not sure if I should get them

I wasn’t able to watch your video earlier but now that I have, it looks like the whole cap is sitting closer to the next row up than it should.

It almost seems like something below the cap isn’t seated where it should be, whether it’s the switch or stabs I’m not sure. My KBDfans stabs have play if I purposefully push them that way, but there aren’t any clearance issues like in your video with the three different MT3 sets I’ve used on it. Maybe I could see something from a photo with the key removed.

As for brands, all of them will have some play by design - the cost of tighter tolerances is lower compatibility. Durocks are good, Cherry are good, Zeal and Ink stabs are expensive but good - honestly there’s lots of good stabs. I hear C3 are ok but maybe underwhelming compared to their switches. I have a harder time thinking of bad ones - GMK (poorly) retooled theirs after being a community standard for years and now folks avoid those, but that’s pretty much the only one that comes to mind.

Say all that to say, I wouldn’t worry about the KBDfans stabs themselves - they seem at minimum totally decent - but something does look out-of-whack with your key-striking situation there.

It almost seems like something below the cap isn’t seated where it should be, whether it’s the switch or stabs I’m not sure.

Agreed. This happens to me when one side of the keycap fully seats before the other. It’s usually the Backspace key that’ll wobble (upward) and end up rubbing on the case.

Does your wobble happen if you turn the keycap upside down?

Keycaps ‘rubbing’ on each other?

Gonna need the 6-digit number code for that one, chief…

Heya – yeah I double-checked last night but it’s still creating that clacking sound regardless of the orientation of the Enter key. I also double-checked that the stabs were in properly and that both sides of the key were fully pressed into the stabs.

I think for some reason the Enter key is just a LITTLE bit bigger in my Susuwatari set (compared to me 2048 set) but it’s enough to cause clearance issues.

Drop replied and said that I am going to have to send in the whole set for replacement (can’t just send replacement keys); at this point I think that’s the direction I’m going to go (although it’s a little disappointing since I was so eager to bring my new board to work. Oh well. What’s another couple of weeks I guess.)

I took another short video here hopefully that shows the situation more https://youtu.be/spLeTWiRwFM

If the KBDFans stabs are totally decent (which… I mean I think they are because I never ran into this issue with any of my other keycaps with them) then I think it’s a mix of the stem wobble + slightly larger Enter key.

I’m going to get a replacement from Drop – which is a shame because I like the keys (and I’m worried that the results will be the same), but I think another wait of 2-ish weeks is probably worth it more in the long run.

Well - it sure looks like you’ve done your due diligence to me - stabs look to be set up perfectly. I don’t think even a badly bent wire should do that.

That Enter cap does look to have a twist to it; could be the keycap stem itself is twisted. I love my MT3 sets, but I have had some manufacturing issues with them including one set that had a stem that wasn’t fully formed. (It could also be the switch stem which I have also had happen, but it sounds like the issue doesn’t occur with other sets.)

I’m going to get a replacement from Drop – which is a shame because I like the keys (and I’m worried that the results will be the same), but I think another wait of 2-ish weeks is probably worth it more in the long run.

This really is the main wrinkle with MT3 for me - but at least they do replace the wonky ones until it’s right. My Susuwatari and Cyber sets were fine, but it took more than one try each to get a solid set of BoW and WoB. I hope a fresh set resolves your issues!

Same issue with capslock and shift using MT3 dasher. MT3 Susuwatari and WOB don’t have the issue on the same board.

While building this board, I ran into the issue of the spacebar rubbing against the case depending on where it was hit. I can’t remember which thread, but I know someone else recently mentioned their MT3 keys brushing the top part of their case. The Ikki68’s case is pretty tight around the caps, and the OA stabs let the space bar rotate juuust enough to brush it.

I got around this by doing two things; loosening the case screws and re-tightening them while pulling the front bezel away from the space bar slightly, and by carefully sanding-down the edge of the keycap.

My keycaps. At the top. There is no help from shifting the fee or something. The plate of the upper part of the polycarbonate itself has a bend.

Some documentation of this: 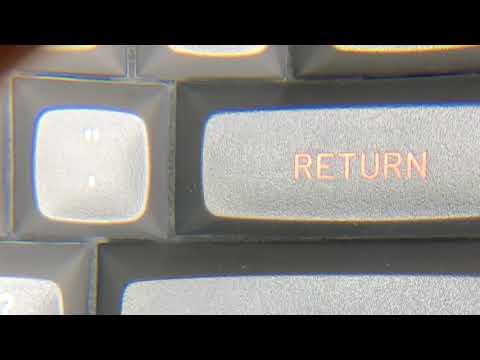 OA stabs used in the video, MT3 Susuwatari keycaps (from R1 according to the box).

Update; here it is resolved by doing a few things which I’ll describe below: 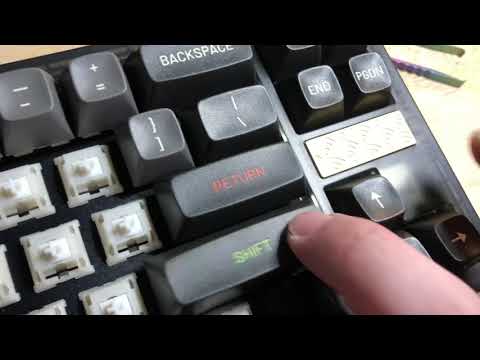 It turns out that Return cap was hitting both the Pipe and Right Bracket keys, depending on where it was struck.

You might see in the previous video the bright edges of the caps at the bottom; that’s flash, or a thin edge of plastic from the molding process. For most caps I just carefully used a fingernail to burnish that down to a round smooth edge, reclaiming a fraction of a mm and reducing the light caught at the bottom of the cap.

For the Return cap, I sanded all the bottom edges, and dug-in a little more at the top and top corners. I think it’s 220 grit that I have, it could stand to be a little more fine but it works when combined with something like cotton or even just a finger to burnish any plastic fuzz.

With the Pipe cap, it turns out the whole thing was off-kilter. The alu plate doesn’t have anything to hold that one in place, and the Boba bottoms have thin-ish fixing pins, so the switch and cap are able to rotate out of place. Swapping-in a Gateron bottom helped enough to make a difference.

Those three things together eliminated the clearance issues, but I’m still not really happy with how the stabs sound. The clips let the wires move too much, and while various types of padding under the wire were all helpful, none could completely eliminate it with these stabs. I’ve decided to use Zeals on this build and revisit the OAs another time - I have a couple things I’d like to try that I think might make them viable for a silent build.