Having just finished transplanting my PC build into a new NCASE M1 I figured it would be fun to see other mechanical keyboard enthusiasts computers. Any Computer is welcome but of course I’d love to see some of your amazing builds! Feel free to post specs if you want. 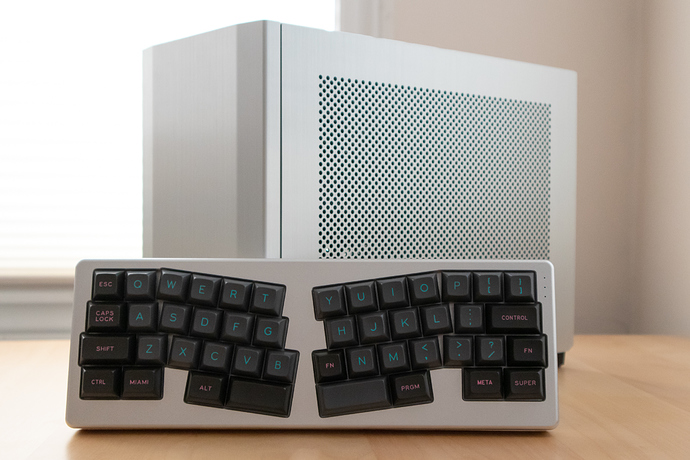 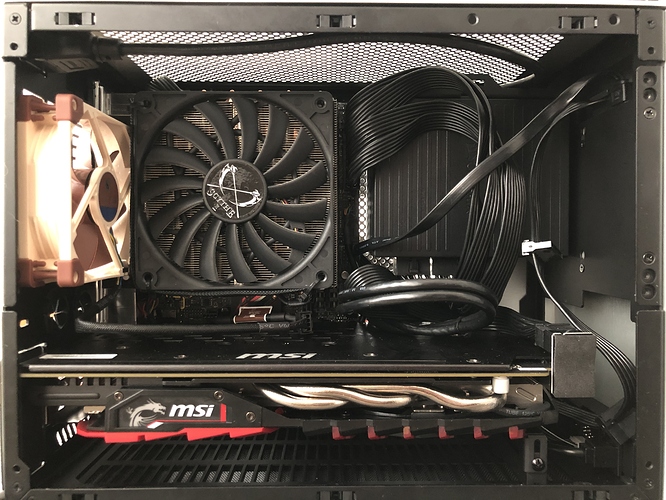 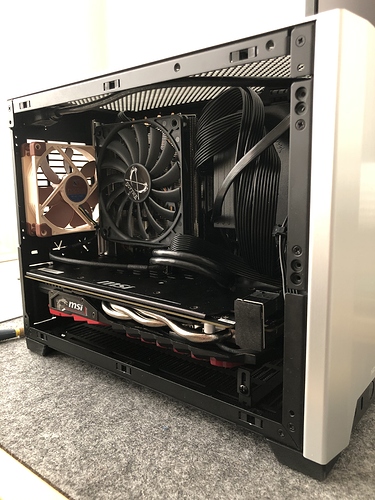 I think to really flex that case, you need to picture it next to a full sized board that is longer than it

Haha I’ll have to put it next to the Dolch PAC! 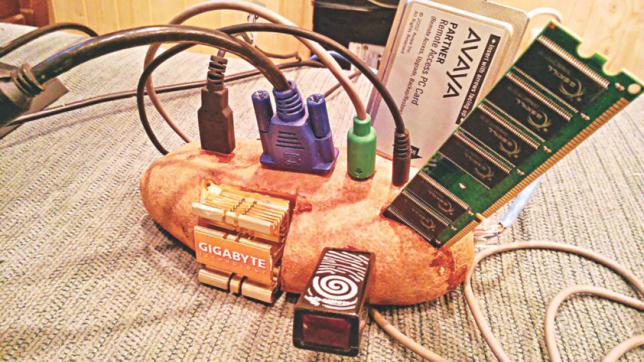 The keyboard is no longer in my possesion and now I rotate different stuff.

The top&right cabinets are stashed with keyboard stuff. When they get full and I can no longer drop a needle in them, stuff gets sold.

Oooh I like this. Did you build the desk yourself?

I use my desktop so little that it isn’t even plugged in right now, but here’s my NAS/Server setup: 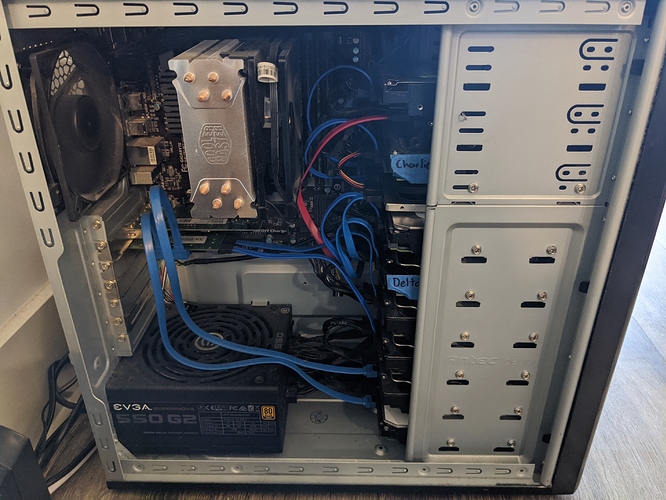 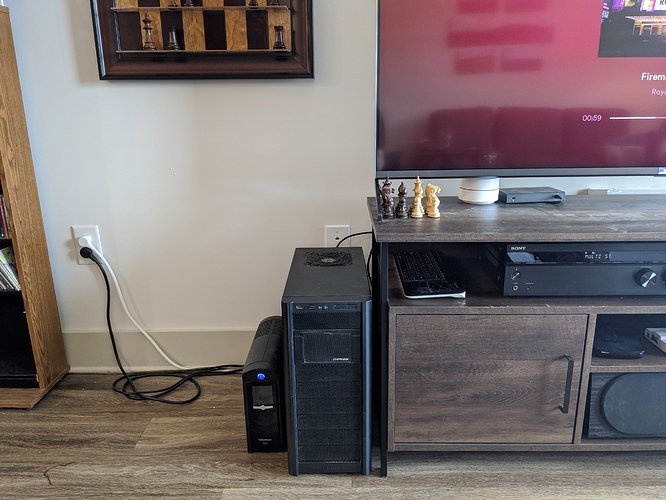 I’ve been considering upgrading the motherboard to something more modern but it still runs fine so I haven’t really bothered aside from looking at a few options.

I had it made custom together with my living room furniture. I could say I designed the schematics. For more than a year after moving we only had a flip table for the TV and the couch in the living room.

I wanted a desk but also value minimalism and don’t like may items everywhere so I came up with the idea when I saw an Ikea flip desk : https://i.pinimg.com/originals/5f/e6/a3/5fe6a39491cf58a57ee02f3e9e48da7c.jpg

I took things further and increased the box size to my measurements to install a slim LED monitor and make the box tall enough to be used as a stand up desk when folded.

I’m pretty happy with the result 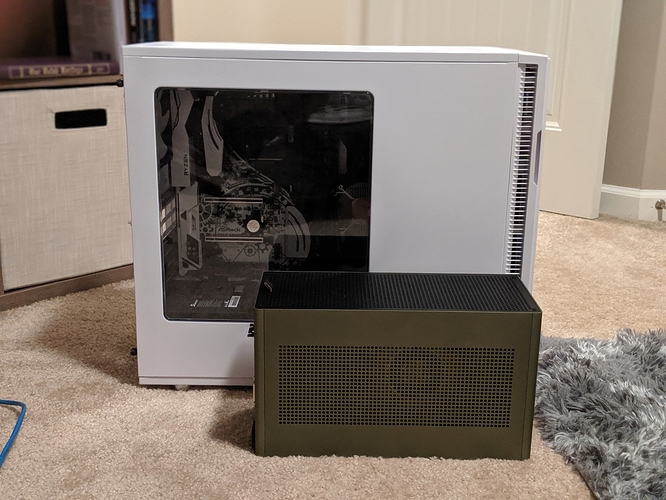 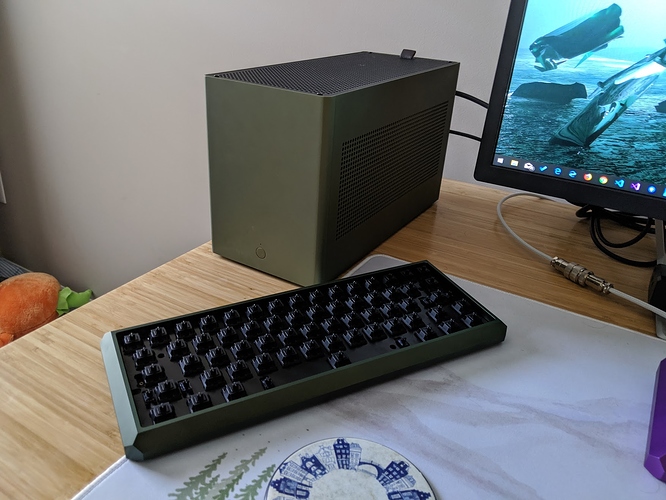 I build a desk myself, and while i moved it to the living room, i could agree with the wife that i def. need a rack, so it’s now a leg of the desk

I actually custom printed caps from WASD in an effort to match the case. The purple isn’t exactly the same, but I feel like the build looks close enough. I named her “The Purple Princess.” 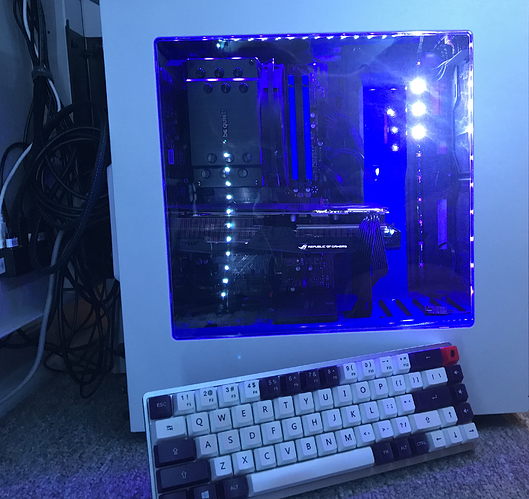 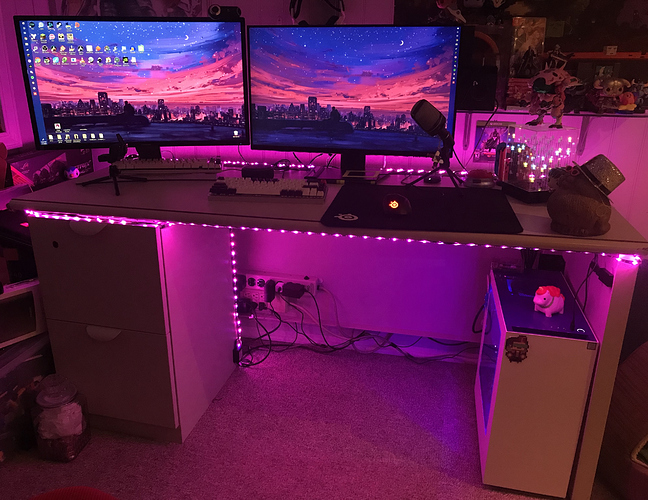 Classy pairing, even with the camping deskmat! 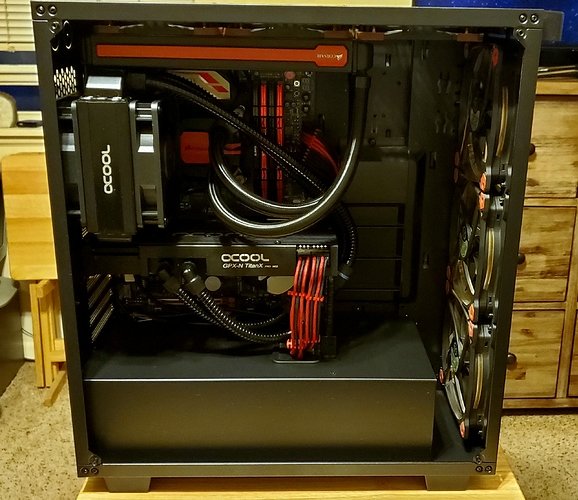 An older pic, but I haven’t upgraded anything other than adding more storage since this.

The CPU could use an upgrade sooner than later seeing how core count has shot through the roof since I originally built this, but the good ole’ 6700k is still chugging along just fine with gaming & regular desktop stuff.

I’m just covered in keyboards and parts. I don’t know if can find my PC. Send help. But I really enjoy SFF builds and I’m jealous

You need an extra stick of ram in that potato so you can run true DDR.

Haha it was a real good excuse to clean up half my desk. Prior to that I’d be in the same position as you. 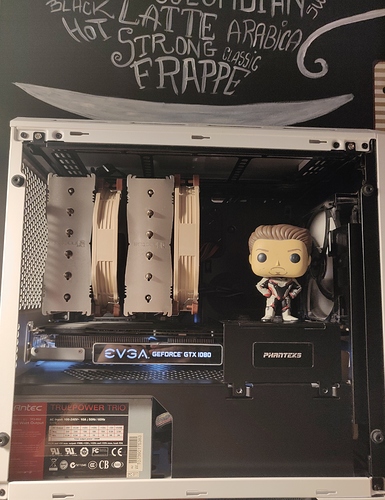 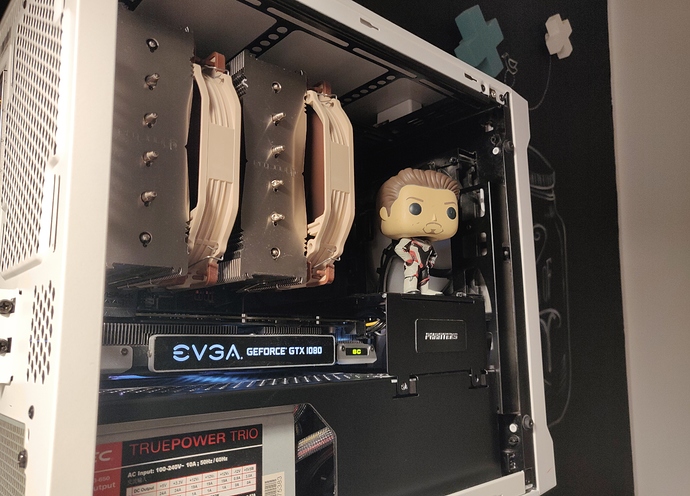 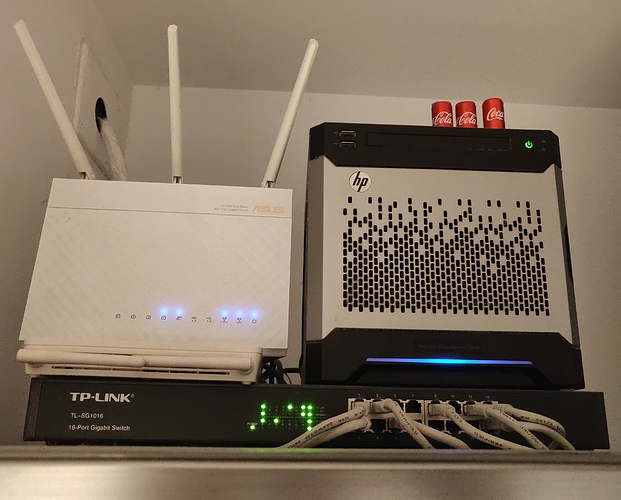 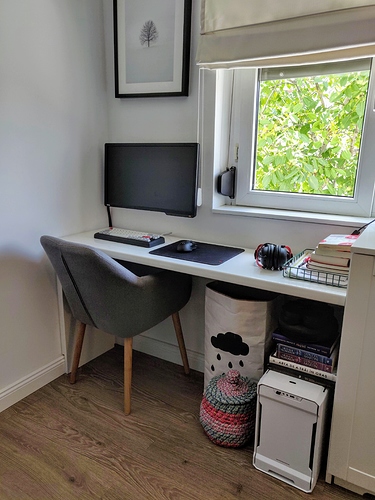 Love the minimalist look!! +1 for near a window with nice lighting, too!