Solving the issues present in the new FC660C 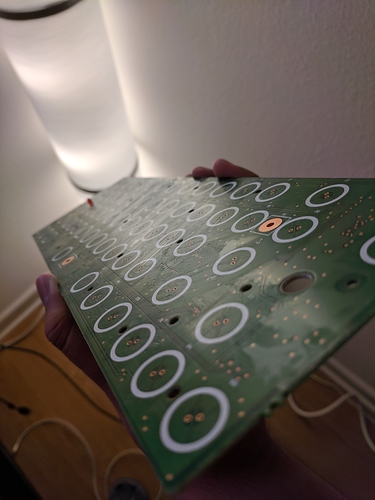 Despite being made in Japan, new black-on-black FC660C is a host to a wide variety of quality control issues not present on the earlier grey-on-black or white-on-white FC660C. The most notable issues are

I’m not the first one to report these issues. A few earlier posts note similar issues:

“I just got this thing today and it makes some serious noise. The spring ping (which is present on some keys on the older models) is significantly louder than it used to be (just as loud as the upstroke) and typing on the keyboard sounds absolutely awful… I’m thinking they might have changed the springs, unless they are just horrible misaligned […] I have never touched such a terrible sounding topre board in my life.” by /u/the_fascist

Anyone that has owned a first-gen FC660C knows that they are a dream to type on. They are great out-of-the-box, but they become legendary (become perfectly smooth, any remaining clicks become thocks, etc) once you do the following two mods:

Warning: It should be noted that lube can reduce the tactility of Topre domes due to the increased force required in pushing the domes up or down. Apply an extremely thin layer of light lube if this concerns you. If you’d like to increase tactility, get BKE domes. I am personally not a fan of these - lubed Topre boards feel more “refined” to me despite the slightly lower tactility.

Anyways, applying these mods on the new FC660C did nothing. The keyboard was so bad that the mods that had an incredible effect on the old one were completely overwhelmed by the issues with the springs. For me, this confirmed that the issues were, in fact, in the springs.

But rather than lube the springs, I realized that Topre boards are capacitive. You can just lube the board itself and you won’t prevent actuation because no two pieces of metal actually need to touch.

And so I lubed the PCB itself. A really dumb idea, but it did the trick. The new Topre feels and sounds like a dream to type on - even better than my Gen 1 board! This probably also implicitly lubes the springs themselves. Lube all the things.

Did you use a Dielectric grease on the Pcb, and how thick of an application of grease did you apply on the pcb to resolve the issue. I just order my FC660C from Korea, and if I too have this problem then I’d like to do it right.

Really interesting. I was expecting a QC upgrade when they switched from China to Japan. Guess they screwed up some tolerancing in the process. Glad there’s a fix for it though.

Thanks for providing this, it was really informative. I’ve been having issues with my 55g domes where it sounds like it’s sticking to the PCB. I’m going to try to lube my RF PCB and see how that goes.

What about the case? Is it warped (not all feet touching the desk)?
I see a lot of people complaining about it. 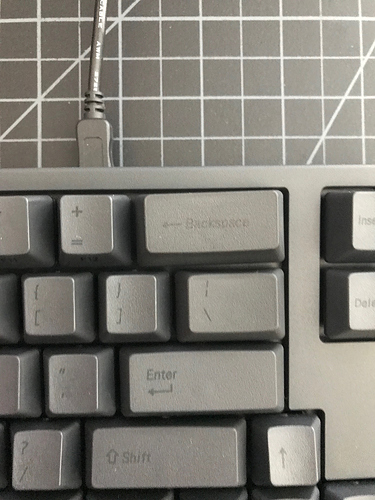 Other than that, this board is great. I have the beige/grey and grey/blue one as well.

Here is the right Shift Key: 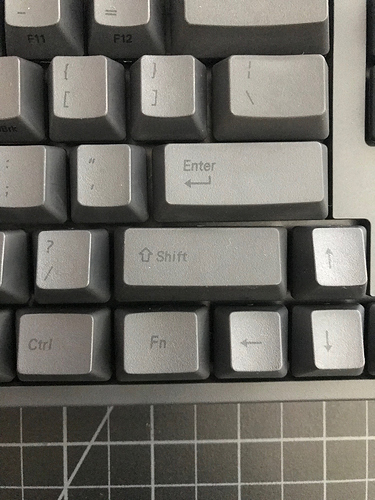 I have the beige/grey and grey/blue one as well

what? you have 3 of them?? Did you pop the key off and try to reseat it?

Warped cases, warped keys, scratchiness in the sliders, clicking springs, & god knows what else will pop up. I’m glad I got my 660C when I did. Because while I’m sure they are awesome feeling boards even with the issues I would be a very upset customer if my board came any of those problems. I mean were talking about boards that cost over $200 off the shelf!

As far as the crooked caps go, Topre 9009 had a similar issue with some of the longer keys. I believe a lot of people fixed it by hitting the key with a hairdryer while it’s still on the board & turning in the opposite direction of the warp while the key is still warm.

I have tried reseating both keycaps and there’s no noticeable improvement. 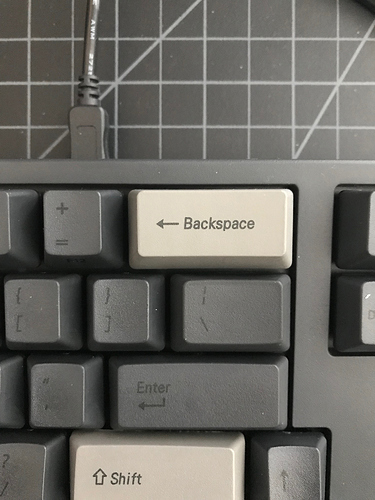 Yeah, I’m lucky enough to have the original China version, newer Japanese version and now the newest version. For me, both Japanese versions have much better keycaps and they’re thicker too. The newest one also has a PBT spacebar.

Love my silenced FC660C. I can totally understand why you would want more of them! Too bad about the crooked cap stem. I wonder if the retailer would allow a return?

I bought it off widebasket, I’m patiently waiting for his reply

Unfortunately crooked keycaps have always plagued topre keycap production regardless of production date/location. Some people get luckier than others when it comes to their topre keycaps.

There is also a certain amount of optical illusion that does sometimes appear as Ripster has documented: THE McRip EFFECT

I have one of the new low noise Fc660cs, my backspace looks exactly the same. My shift seems fine. Vendor was mechanicalkeyboards,

I have a low noise one I just got a few weeks ago and can’t find any of the flaws you’re mentioning. Might just be luck of the draw.

Have there been any problems with QC regarding FC660Ms?

have you contacted them?

I’m likely going to be buying an FC660C today.

Firstly, what are everyone’s opinions on the stock 45g vs the silenced?

Second, are any of these issues still present in current boards that anyone has noticed?