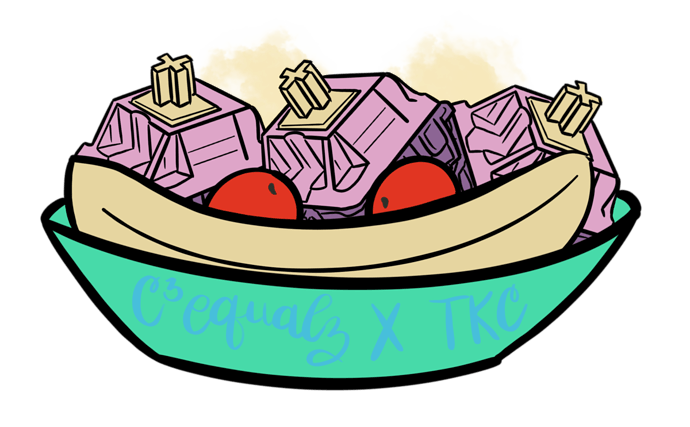 Whether you are craving something in between your project builds, the next episode of Cobra Kai, or just looking for something new to try… C³Equalz X TKC presents: the Snack Time Switch Line, a line created around fun, new adventures, and...

Glad someone is really pushing the limits and innovating in this space.

Another recolor is hardly new or exciting, but I bet there’s a handful of folks doing pink and yellow purple builds out there who might enjoy the chance further compliment what they’ve got going on.

Still - I’d like to see the niches of innovative switch experiences and recolors of existing established stand-by models become a little more separated and clearly defined, because I’m also sure at least one person is going to buy these expecting a new experience and isn’t going to get it if they’ve ever tried a JWK linear before, which itself is increasingly likely as more of them populate the marketplace.

Maybe something not too unlike how Dixie handled the 8008 recolor switches; they kept the name of the product that 8008 switches are recolors of, calling them 8008 Inks - so it’s clear to everybody what they’d be getting into, and that the distinctive feature is the colorway.

As for these particular snax, I think I’ll pass - but I am pretty keen on the upcoming Dragonfruit progressive linears.

As for these particular snax, I think I’ll pass - but I am pretty keen on the upcoming Dragonfruit progressive linears.

Bad news for you on that front.

There is a change to the Dragonfruit Switch : they will no longer be a progressive linear. It is now a tactile switch with a smaller bump similar to an ergoclear. As it turns out, the progressive linear didn’t work because there is no way to ensure the spring will be placed in the correct orientation.

Interesting that they changed it to a tactile instead of another linear. I guess they didn’t want to cannibalize future tangerine sales (assuming they will be doing these group buys regularly). It’s interesting that they advertised the switch before doing prototypes LOL

My guess is that they did prototypes, but realized (after Marshmallows shipped) that JWK wasn’t going to be able to properly implement the recommendation that the progressive springs be placed in a particular orientation when they moved into full production (since that also wasn’t an issue with Marshmallow during its prototyping phase either, afaik). That combined with the community constantly asking for more tactiles that aren’t hyper-tactile probably lead them to this choice.

Now, whether or not that actually matters is a whole other question that the keyboard community will debate until the heat death of the universe, but spring manus sure seem to think it does (although I think I’ve seen like half a dozen arguments about why that have been fairly thoroughly debunked by folks with their own force curve measurement setups).

Well that makes me a bit sad - I suppose I’ll have to stick to frankenswitching for that kind of experience.

I’d be interested to read more about this, as I had no idea spring orientation mattered beyond sometimes helping to mitigate crunch. Halo True springs are progressive, and having put those in any old direction in some linears, I’ve get to feel a difference between any of them - but hey maybe my senses just aren’t developed enough there.

I’d be interested to read more about this, as I had no idea spring orientation mattered beyond sometimes helping to mitigate crunch. Halo True springs are progressive, and having put those in any old direction in some linears, I’ve get to feel a difference between any of them - but hey maybe my senses just aren’t developed enough there.

The short answer to this is “physics dictates that there’s no functional way a spring’s orientation could matter insofar as weighting is concerned”; I don’t think there’s any amount of sensitivity you could develop to be able to feel it. As far as the crunch is concerned: that’s the latest line of reasoning from spring manus, but I’ve yet to see it bear out and most folks actually trying to test it seem to be reporting the same.

But, yeah, I think your best option is to put aftermarket progressive springs in some tangerine switches; the color won’t be the same but the feel should be identical to what these would have been.

So weird to me they’d use that reasoning if it’s so hard to detect - maybe I missed it but I didn’t see any complaints about that with the Marshmallows or Halos. Shmeh.

As for crunch… I’ve been able to get rid of that by holding the stem down and wiggling it if I’m too lazy to pop it open.

I did a spring swap on my marshmallow switches and all of the progressive springs I pulled out were oriented in the same direction.

I haven’t opened all of mine up, but folks have reported that it happened to them (usually one or two in their entire batch). Really seems like a deep edge case at most and probably not even an actual meaningful issue in the first place, but I’m not a spring or switch manufacturer so what do I know?

That’s interesting. So visually speaking, the two ends are distinct? (ie coil becomes more tight as it goes from one side to the other)

Yeah, the coils are tighter on one end than they are on the other. Here’s a product shot from Thic Thock of their progressive springs: 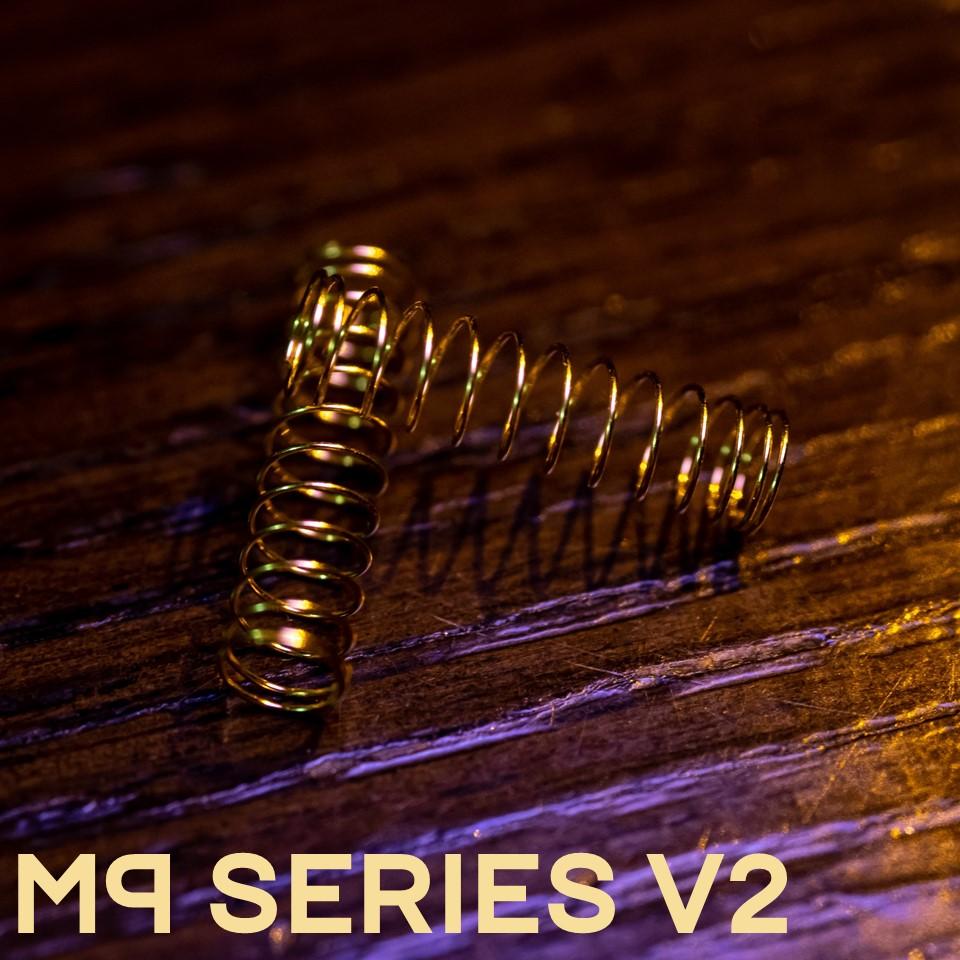 Last I heard, the rationale for there being a “correct” orientation is that the denser end is more likely to scratch against the bottom housing’s post than the looser end ¯\_(ツ)_/¯

what is a good source for progressive springs? Is it just sprit by default? I just know others have had issues ordering from him but I’m very curious about how they feel. I also feel like I’ll be opening up an entire can of worms because I know what I like weight wise for a linear feeling spring but that all goes out the window once you go progressive (I guess?)

Sprit seems to be the go-to recommendation but only due to having been in the game for so long; there’s folks who will swear up and down by his springs but he’s got a lot of drama around him. Lotta folks will tell you to order his springs from other vendors because ordering from him direct is unreliable, but either way he’s getting paid so I can’t really recommend doing that unless your sole concern is you getting progressive springs.

I generally recommend Thic Thock but they’re out of stock more often than not. Maybe some other folks have other recs?

I generally recommend Thic Thock but they’re out of stock more often than not. Maybe some other folks have other recs?

Agreed. They look to be in-stock at Keyspresso. I picked up some 64g Magically Progressive (MP) springs last week and dropped them in some H1’s. Nice.

Oh! Thanks for the recs y’all. Bought both 64 and 68g progressives to try out.

Same! I was debating on trying some progressives but didnt want to pay for shipping from korea…ill try these ThicThock progressives first. =D

I snagged some too. Heh - maybe I can find some decent linear stems in white and make my own Dragonfruits - with blackjack and hookers!