I didn’t see this on MechGroupBuys yet so I thought I’d share. 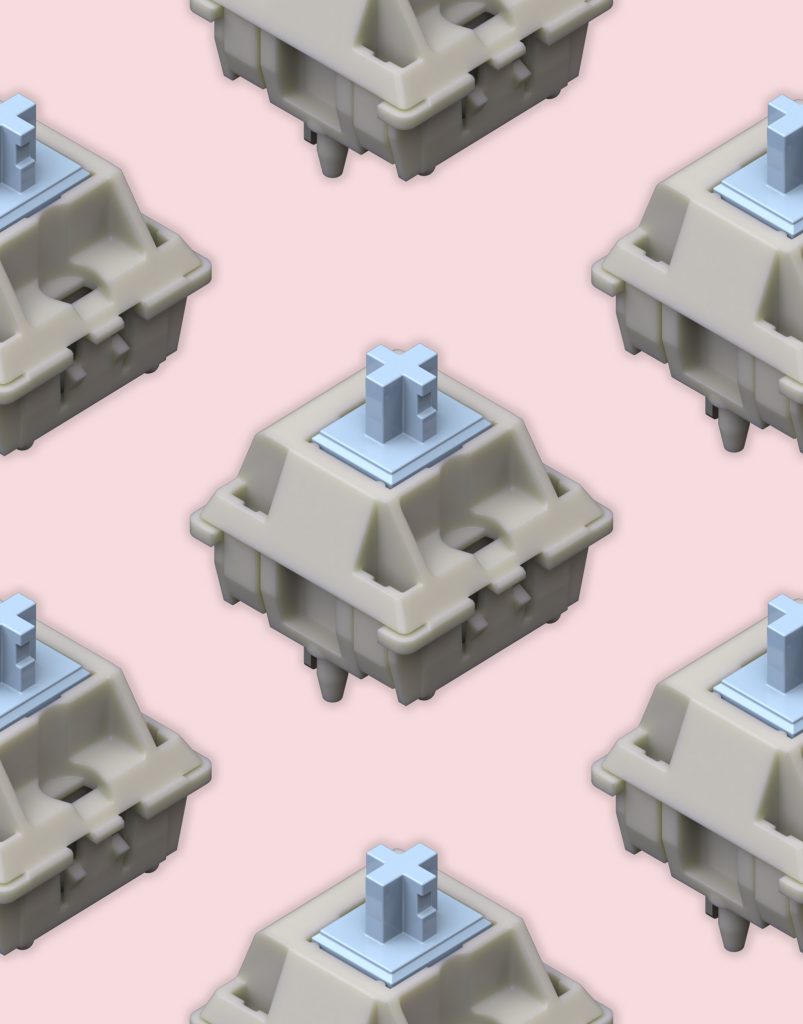 43 Studio's Rara tactile switch is back and better than ever! Improving housing, ThicThock DL springs, and pre-filmed! Available Oct. 16-30, 2020.

From 43 Studio comes the second iteration of the Rara switch, one of the first JWK tactile switches to hit the Western market! First ran on Drop at the start of the year, this run will be entrusted to ourselves as well as a number of vendors worldwide that we’ve reached out to! One of the major improvements over the previous version is the reduction of housing wobble, which is prevalent in JWK switches. The housing material has changed slightly, with adding a polycarbonate top instead of nylon for a smoother experience. It comes stock with ThicThock DL springs, as well as pre-filmed!

To help answer some potentially common questions, I will list my experiences with the V1 Rara switches that I have. They are a medium-tactile switch , in the realm of Ergo Clears and Kiwis with a b-bump that begins shortly after the initial keystroke. They are quieter on the upstroke than other tactiles that they’re compared to, such as T1s and Koalas, though with the change to a PC top it will most likely be a bit clackier. I personally really enjoy them, and think you will too!

These are pretty interesting. I like the idea of a medium bump. ThicThock springs are nice, and the pre-filming is cool too. Seems like a band-aid though or way to charge more. Why not just make your housing tighter? That being said, people film everything by default it seems these days.

Thanks @ajoflo, I might have to pick some of these up.

Why not just make your housing tighter?

My thoughts exactly. I’m wondering what film material they’re going with. It reminds me of KBDFans’ new mount stabilizer. It’s a patch for a problem that I’m sure they’re retooling to resolve. Exciting times.

Yeah I saw those too. Same reaction. Cool innovation, but why not go all the way and just innovate new stabs? Maybe they are

I’ve been asking for tighter tops on JWK For every version run. They made an effort with serikos, but it honestly didn’t fix the rattle. I still had to film them. And they were hard to get apart. Kinda made it worse, really.

This switch needs to be taken seriously, IMHO.

I have been testing Everglide Jades, which allegedly use the RARA stem, and they are great. The Jade stems also really pop in T1 housings, although not as much as T1.

If the Jades truly are RARA-stem, then this should be an interesting switch.

This switch needs to be taken seriously, IMHO.

Agreed. I mean, Ashkeebs lubes switches for a living. Like a chef recommending a good place to eat.

I’ve been wanting a good, new ergo-clear-eqsue switch. I hope this fills that gap in my life.

I wish they kept the nylon top but will still be getting these!

Did the group buy all ready reach max or has it just not been switched from out of stock yet?

or has it just not been switched from out of stock yet?

Have you ever tried a Zealios V1 switch? I have heard some rumors about the Jades and Rara stem being pretty similar but have unable to find any confirmation. Just curious if you have add your opinion, if you have it.

You know, Jades are described as similar to Zeal V1, and I’ve seen some images suggesting that.

However, the designer of the RARA stem says that they are trimmed down from T1s, and other people have posted images showing that they are like T1. So I’m not really sure.

Are Jades using Zeal V1 stem clones? Are they using RARA? Is RARA Zeal V1? Or is it T1?

Maybe there is some way to resolve this. I don’t have any Zeal V1 though.

The designer of RARA, 43, is on Drop. Maybe someone should ask him: 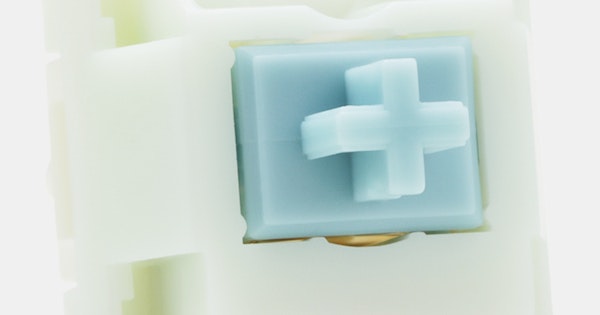 I'm 43, RARA is a physically different design, the spring/ and leaf ping is more quite. RARA is not the T1 clones. It is very similar to 62g mx clear,more...

He posted comparison of RARA with T1 here:

I'm 43, RARA is a physically different design, the spring/ and leaf ping is more quite. RARA is not the T1 clones. It is very similar to 62g mx clear,more... 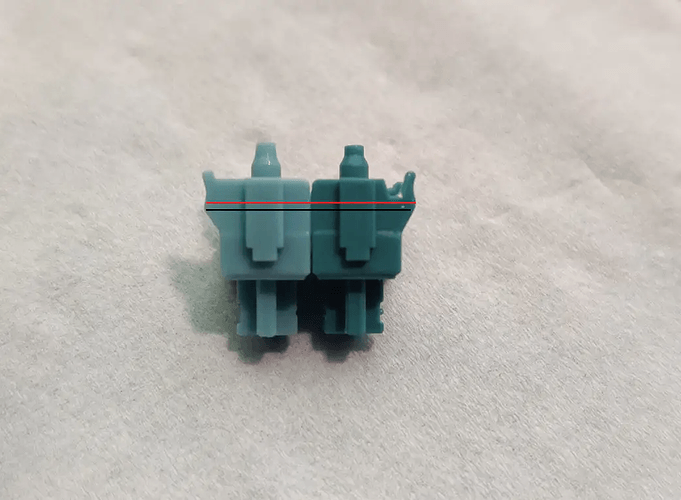 The Rara (left stem) does look very close to a V1 Zealio stem IMO. It may have a bit bigger of a bump though. I haven’t went in on a batch of Raras yet, but plan too if they are still available after my pay hits thurs. night. I have a bunch of V1 Zealio stems & housings (they are all split up into parts, but I have them labeled LOL!), so if I get in some Raras I’ll be sure to do a comparison with V1s for you guys!

I have some Rara recolors, and while I never tried V1 Zeals I can say that they feel almost exactly like ergo clears. They’re exactly what I was looking for in an updated mx clear: extremely smooth, low wobble and with a slightly more tactile bump to compensate for the smoothness. Glad someone stepped up because Cherry sure as hell isn’t interested.
Also this is the first JWK switch I’ve tried that doesn’t feel rattly without lube. They stick a little on the upstroke just like ergo clears, but with 67g springs it’s not a problem. If you do lube them though go extremely light with it because it’s easy to kill the tactility.
edit: after trying some more spring weights “exactly like ergo clears” isn’t true. But if you want something a little more tactile and snappy than clears these are great.

Sorry for the rough pic, but here is a Zealio V1 stem. I analyzed that pic from Drop for a while @HungerMechanic, but I wasn’t not able to say they are 1 to 1. My hunch is that Rara and Jades seem to be pretty damn close. 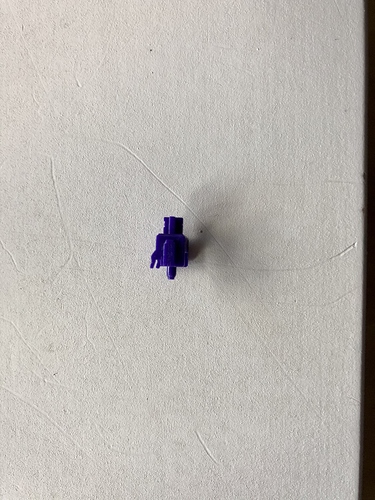 I posted a Zeal V1 stem in my previous post, but I think your are accurate and this is my feeling as well.
“Rara (left stem) does look very close to a V1 Zealio stem IMO. It may have a bit bigger of a bump though.”

I can tell you that the bump on the Jades is a little sharper and larger than what I remember from Zealio V1. But it’s similar in character.

I agree completely. When you improve the smoothness of Cherry-style Ergo Clears [or even Browns], you should enlarge the tactile bump to compensate. Because otherwise the tactility will be too weak and linear.

Nonetheless, I remember looking for ways to soften the tactile bump on the Jades a little. Not because it’s harsh, but because I found it to be a little more than is necessary.

The Jades feel a bit rattly without lube and filming. And sound worse. With lube, the sound actually becomes potentially great. Like one of the best bang-for-the-buck signatures out there. Kind of like Alpacas.

In a more tactile housing [Jade apparently uses a linear housing], you would probably want a heavier spring weight. Hence the 63.5 G default for the Rara V2.