What do we know about the Gazzew Boba U4 switches?

Found them on Ali : 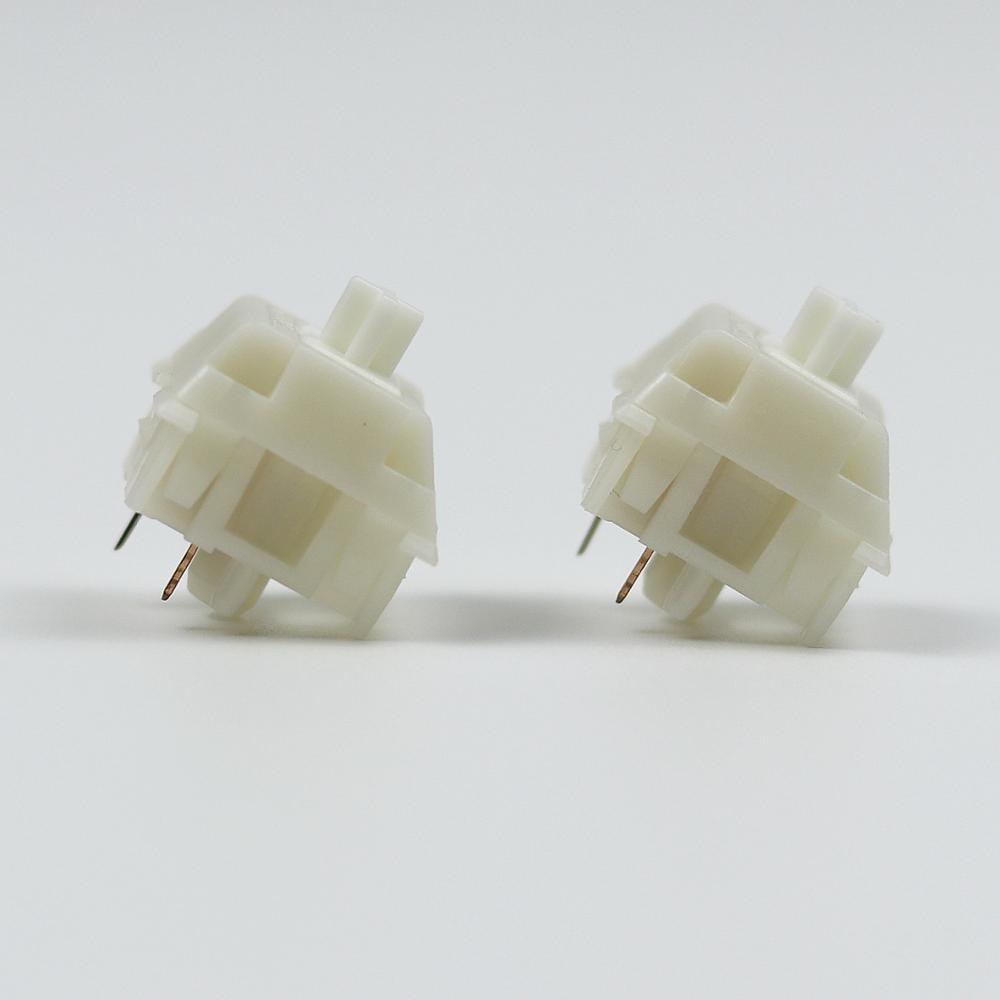 Did some digging and it seems they are new outemu silent designed by hbheroinbob from reddit.

This is where you should go first, to learn about these:

You’re actually asking about two things: the U4 stems, and the Boba switches. The OUTEMU tactile enthusiast lineup is supposed to be modular, so the idea of a new ‘switch’ is just a convenience.

I don’t know what it’s going be called, exactly, but “Euphoria” is one possibility, based on the U4 stem. But it’s two new modular components we are talking about.

These are improved housings for the OUTEMU enthusiast linear and tactile stems.

In short, they are said to be smooth housings with greater tactility than previous housings, and reduced ping.

They are being used as the basis for the U4 stem being in a complete, marketable switch.

Much-needed, IMHO. The OUTEMU Sky tactile housings had some good characteristics, but they didn’t always fit well in plates, and there was something about the tactile leaf that caused almost unavoidable ping, unless you took specific measures. If these Boba housings have eliminated that problem, they could replace Sky housings for many use cases.

This is a new OUTEMU Silent Tactile stem that came out recently.

It is supposed to resemble the large, round tactility that is in style presently. In contrast to the previous Silent Tactile stem in the Silent Forest switch, which has a ‘P’ tactility [bump right at top], this has a ‘D’ tactility [large round bump occupies most of the keypress.]

I guess broadly-speaking it might be comparable to a Zilent or silent T1, but it has its own unique feel.

Maybe you’ve already read about the above information. It’s user feedback that’s key. It’s been positive, some people say they don’t need lube. What I’m curious about is how the Boba housings take other stems besides U4.

I am slated to receive some of these for testing. I have been going through a lot of tactiles recently.

Everyone’s favorite DIY switch component guy is back with a new release - and this time he has made some big changes. Do Gazzew’s newest switches stack up to the challenge he’s made for himself in the past?

I caved in and ordered some of aliexpress, too bad the 55g ones are not available there

Yeah. 55 gr didn’t seem to be available to international customers in the samples release.

If the 62 gr are heavier-than-expected, I will spring-swap with 60 gr or 58 gr springs. Maybe finally have a use for those 55 gr Spirits I have lying around.

I have slowly went towards even lighter like 45g…do you think they should work with 45g springs, and lubed everywhere including the bump ?

That I could not tell you … yet.

I know that 55 gr works because numerous people have said so. I have some 45 gr springs, so maybe I can try it.

Heya, have you tried the 45g by chance? Thanks 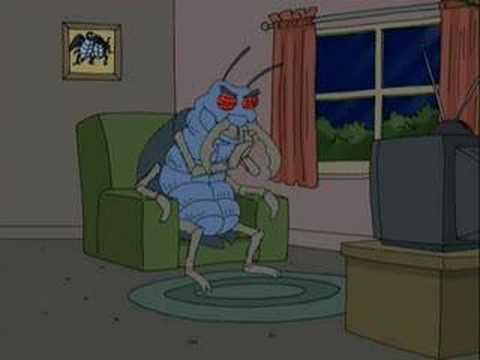 My U4s had to make a few loops around Los Angeles before they departed for Canada, but I think they are arriving on Monday.

I can sympathize, I got 140 top & bottom boba housings on the way I’m getting kinda antsy about getting.

Yeah, they’re a very viable candidate for a full-size build I’m thinking about [I ordered 120]. So I’m going to test several spring weights and stems, and still have enough left over.

[I ordered 62 gr, but might have gone for 55 gr if available. However, in my experience with the previous Silent Sky stems, 55 gr worked but felt anemic. But I’ll try 55 gr anyway.]

Currently building out my U4 Gazzew’s using his boba bottoms and pink tops, paired with Sprit 63.5 complex springs (105 on springs, doughnut lubed with 3204; stems w/ 3204, no legs), I dare say, they’re much smoother than my Zilents and definitely some quiet boys 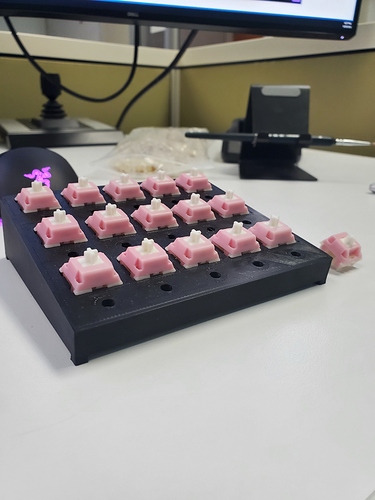 This is sounding realllll good. I already have 63.5 gr Spirits, but they’re the regular stainless kind.

Can you tell me what’s the advantage of complex springs? GBoards recently restocked, so could easily get them.

Can you tell me what’s the advantage of complex springs?

Found this on Spirit’s website, shows the force curves of the different springs types at I’m assuming the same weighting.
https://www.spritdesigns.com/mx?pgid=jlv17iwk-d78fac7d-26d1-479d-9b28-c6b225b3b5b4

Haven’t put the Bobas in a board yet, but got mine and can confirm they are quieter and less crunchy than say an Outemu Silent Sky or Aliaz.

Need to put into a board for further assessment.

I have some prototype U4 stems and I can tell you the bump feel depends heavily on the leaves they’re paired with. Haven’t tried the Boba housings yet (any day now!) but earlier the versions I have pair well with Pandas.

Oh boy the hype is building

i have these in a board now and it’s great. slightly deeper tone than aliaz, and i feel like tactility is within the realm of drop’s HPs. it came with some custom PTFE blend or something (labeled #6) that was meant for doing the spring donut dips. i didn’t add any other lube. can’t tell if it’s scratchy or not. it’s kind of hidden behind the tactility.

overall, pretty happy with them. it’s kind of funny but I would describe my personal experience with these switches as a nostalgic recollection of how topre feels in my memory, but not how they actually feel whenever i go back to the hhkb.