What is your favorite keyboard that you own? And why?

I realize this might be an extremely difficult (and perhaps very personal?) question for many of us to answer. Some of us have large collections of keyboards, while others may have a modest one or two. And so picking one - and ONLY one - may seem impossible to pin down and commit to. Also opinions ever fleeting. Your favorite today might be usurped by tomorrow’s aquisition. Nevertheless, I will ask the uncomfortable question:

Right now in this moment, if you had to pick one and only one keyboard that you own to be your absolute personal favorite which would it be?

And also why is that one your favorite? What makes it special to you? It could be that it is personal to you, or maybe a gift, maybe it’s something you invested a lot of time, physical and mental energy into. Or maybe it’s just the one you use the most, because it has everything you need/want. I want to hear your story. I am genuinely curious.

I think plenty of folks here have seen me say this at least a few times recently, but if I could only have one keeb in my collection, right now it would have to be the KBD67 Lite.

The looks are pretty understated and inoffensive, but I love the layout, the QMK / VIA support, and the construction. It’s light and plastic so I’m not too precious with it, but it’s also gasket-mount with a polycarb plate and screw-in stabs, so it really sets a new standard for the price-point when it comes to typing feel and sound.

For me, this keeb hits a sweet spot I’ve been looking to fill for some time, and I’m super happy with it. All it’s missing is bluetooth support, which the current R2 features on an optional PCB. (Yes, I ordered one.)

I’d tried filling this slot for my daily keeb with a few different ones before this one came out; namely the Durgod Hades 68. At the time it was one of the better priced 68% prebuilts, but the cast aluminum case suffers from warpage and it doesn’t have nearly the versatility the 67 Lite does.

This is a difficult question as every keyboard I own has at least one big downside.

The IBM Model F XT would have to be my top pick. The build quality is superb, it’s built like a tank! The key feel is excellent - capacitive buckling springs are awesome and it already comes with a coiled cable, so no need to swap it out for a custom one

There’s a reason why these costs upwards of £250.

The two biggest downsides are the layout and the fact that it’s not compatible with modern systems unless a converter is used, but it more than makes up for it in other places. It’s proven to be quite hard to find a modern equivalent that is not custom.

My daily driver has sentimental value despite being cheep and a little bit cruddy - my HHKB Tofu.

My girlfriend and I have matching boards, albeit with different switches, that are grey HHKB Tofus adorned with GMK First Love, the set that was, fittingly, my first GMK love. Hers has Kailh Pro Heavy Berries, mine has Boba U4 silent tactiles.

I think right now my favorite is my KBD8x MKII.

The build quality is great. The thing weights a ton, it is almost too heavy. I love the mod-ability of the case. It can support gummy-worm, burger-mount, top-mount, so there are a decent amount of options. They are all probably pretty similar, but it does give you something different to try. The plate files are readily available so you can try all sorts of different materials there as well.

Currently I am rocking a brass plate with Pewter switches. I love the typing feel of them and the sound. I think my only complaint is that the switches might be a tad too light for me, but I don’t think I want to mess with them.

Leopold FC980C with the following mods:

Too bad it’s just sitting in a box right now…

I have to agree on using bobas though, they’re one of my favorite switches, and I had them in my favorite board until recently.

On that note I guess, this is my favorite board right now, in a surprise to no one at all: 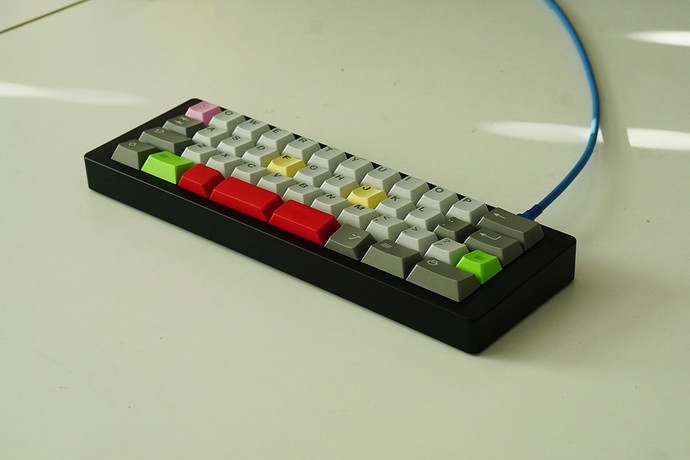 My own damn keyboard. I’ve been using this every day for the last month now in various configurations, first with no additional support, and lubed and filmed mx blacks, then with more central support, then with bobas, without central support, and now finally with my airport shuttle with lil tykes. I still cant get over how good this both feels and sounds to type on, especially now with the lil tykes, I’m gaining an appreciation for durock switches that I never had in a PC or alu board.

Some regulars here are probably sick of hearing me gush over my Southpaw but I’m going to do it again anyway. I have keyboards that feel better and I have keyboards that sound better, but my favorite thing about this hobby is having a functional piece of art on my desk. I knew I had to build a keyboard around GMK Camping as soon as it was announced, and I would still rate it as the best-looking keyboard I’ve ever seen (though I may be slightly biased there 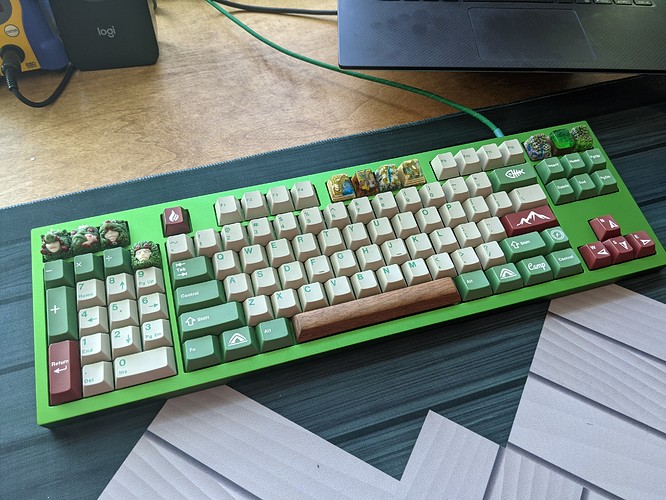 Overall I’ve spent way too much time and money on this board, but I don’t regret it one bit.

GK61 for me. It’s the keyboard that got me invested in the hobby, getting the chance to learn more about keyboards and modifications. Starting with the barebones GK61 kit, I have made the following upgrades over the course of 2 years:

I’m very satisfied with the keyboard, making tweaks here and there for my own experimentation. I personally don’t see the need to rush into groupbuys or upgrading the keyboard. Since I’ve gotten the sound, feel and typing experience nailed down to what I enjoy.

P.s. - looks like there are lots of Boba U4 fans out here

Mine is my Winghead, not much because it is ferfect (it is not), but because I made it myself.
I must confess to be kind of a weirdo

Never went to a custom case GB and decided to do my own stuff instead.

That being said I finally joined one GB recently for a new Model F77.
I have been a big lover of model M (learned programming on it), and hearing that Model F were even better picked my curiosity.
Also the layout is not crazy and I think I could adapt to it easily.
This one may very well become my favorite when it will arrive on my door

I’m going to have to go with my D60. I’m not even sure what makes it so amazing but no other board I have ever tried has such little hollowness and that perfect amount of flex. I love it so much that I can’t really stand any boards that have even a little bit of hollowness. I’ve been running it with some 67g lubed tangies (and a few snow whites) and they’re smoooooooth. 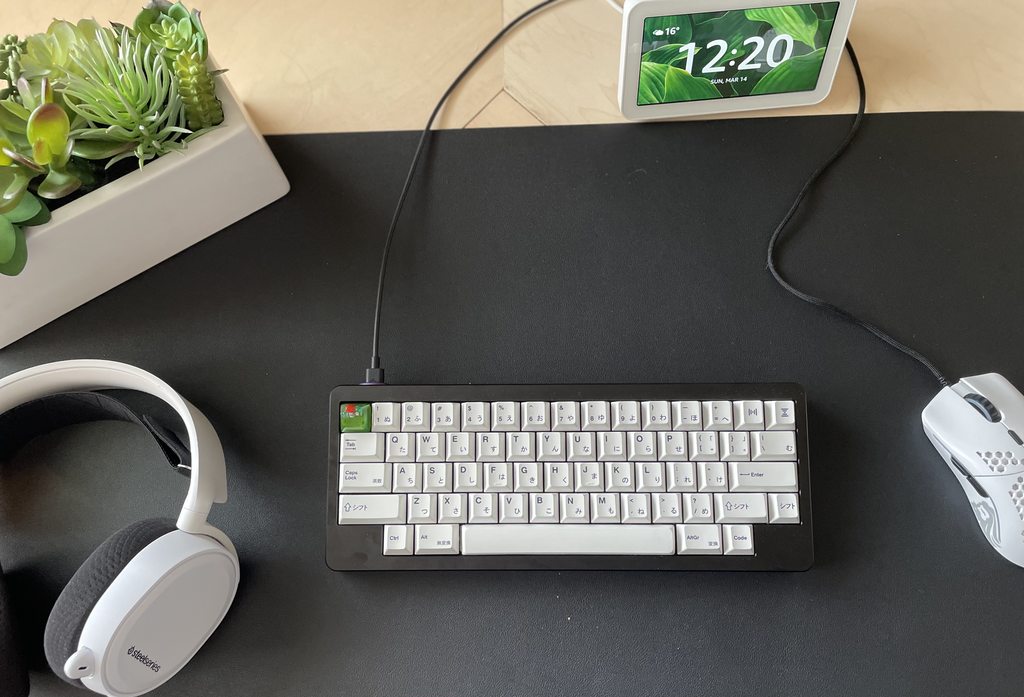 I now that endgame is not supposed to exist, but for me it’s still this: 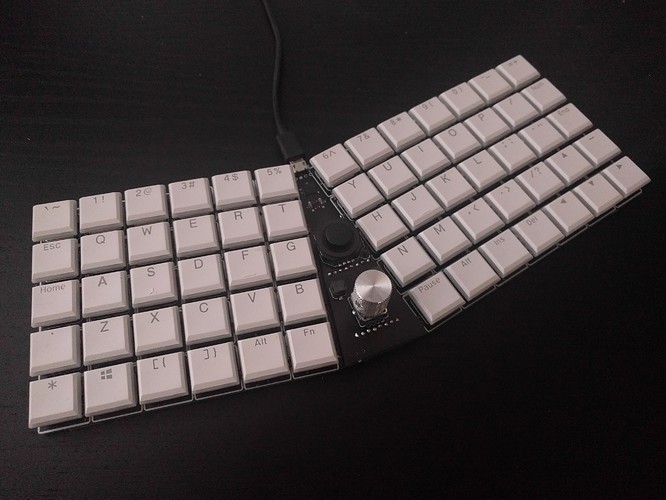 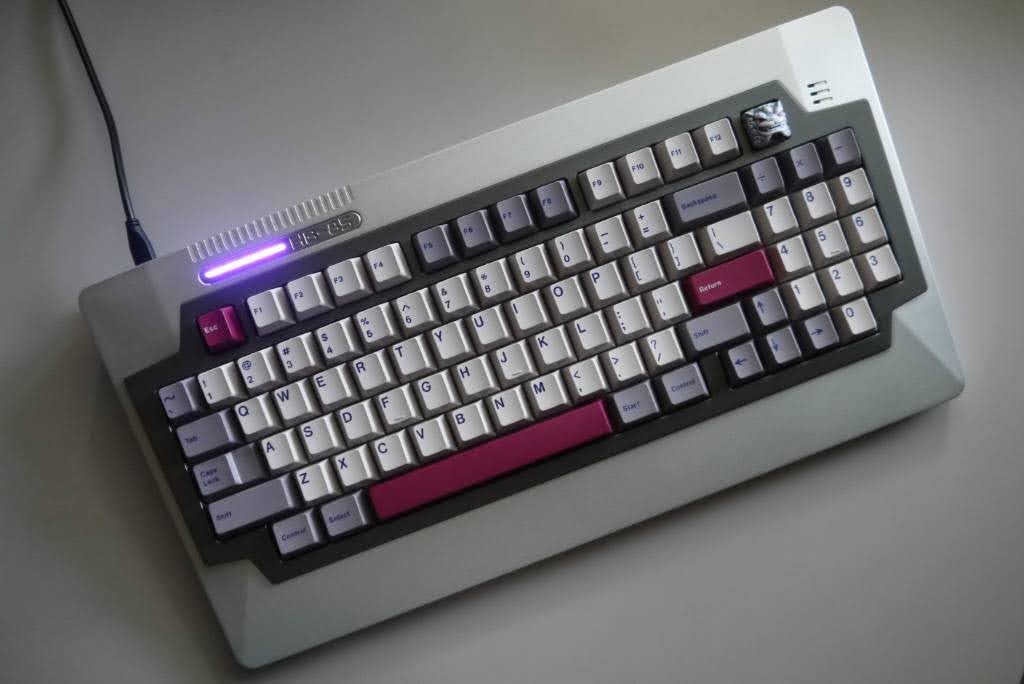 Favorite to use as an input device? Heavy-9 F980C w/ des domes and stock keycaps.

Oh hoo that’s so cool… at least aesthetically, the HB-85 might be my #1 unicorn-that-got-away - at least for now.

I can’t remember where, but just last night I saw some photos of an older (Sony?) thing that the HB looks to be modeled after - such a great looking design.

I can’t remember where, but just last night I saw some photos of an older (Sony?) thing that the HB looks to be modeled after - such a great looking design.

The magic phrase is “Sony HITBIT” 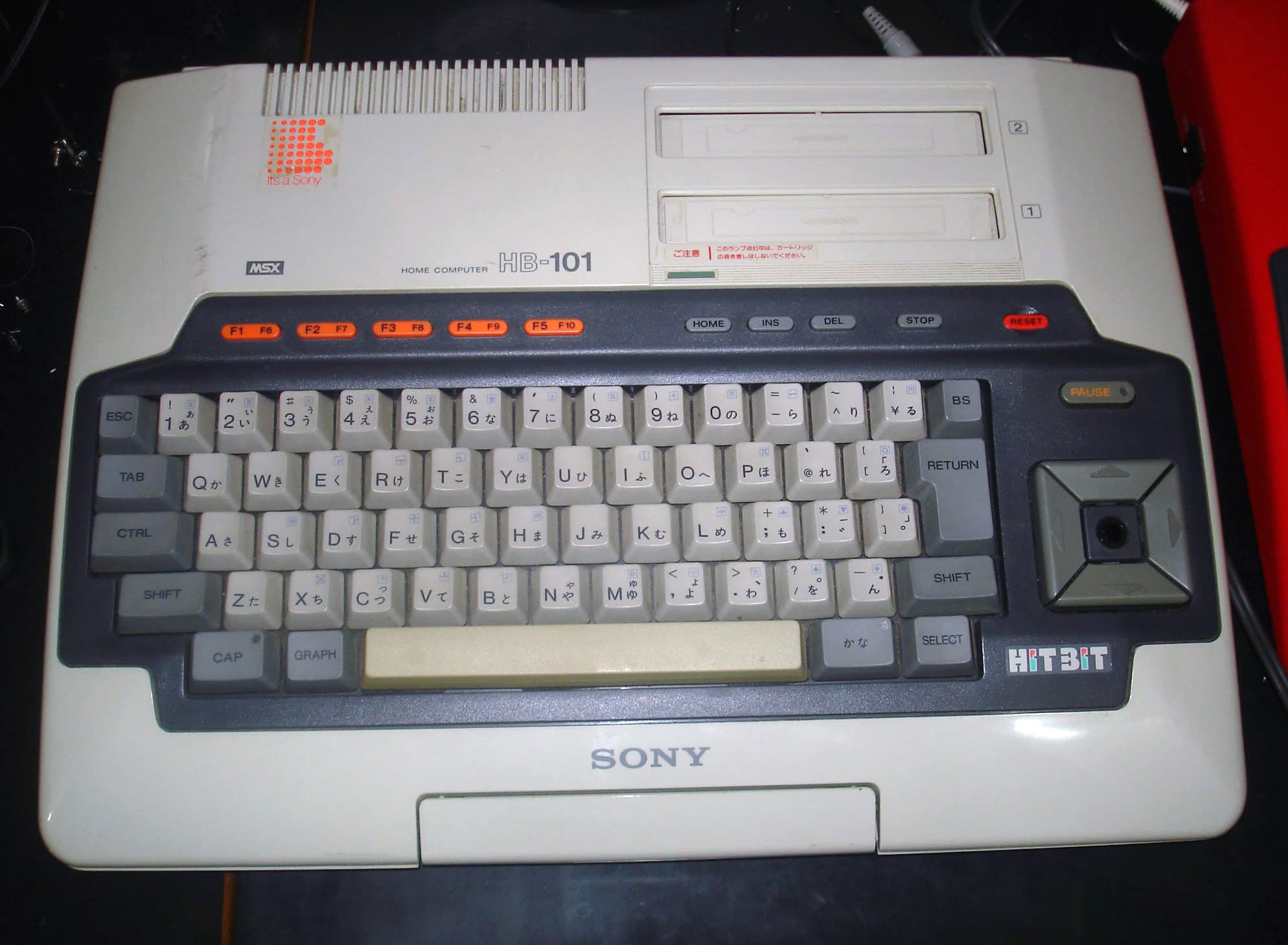 That would def be the one. Tooo coool

I’d be all over that board.