It doesn’t seem useful per-se, but I kinda want it because I’ve fallen into the pit of enjoying switch aesthetics. It’s like the real version of those clickbait photoshopped thumbnails that have rgb’d stems.

Now you just need some transparent keycaps to go with them

clear switch plate and a pcb made of glass, where the conductive print is made of indium tin oxide.
All that in a clear case.

Looks like ThereminGoat got his hooves on some of these; impressions and photos on his site here: Coming to the end of year one of the website and year two of collecting, it’s not often that I am caught off guard by how good or how bad switches turn out. That being said, these switches from Everglide - one of handfuls they’ve released since 2019... 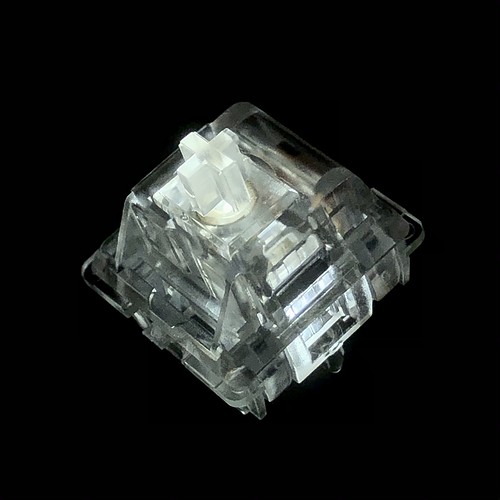 these are really neat

Neat, but were sacrifices in quality of selected material made, in the pursuit of it being entirely clear?

I almost bought a batch but realized I have TONS of unused switches (tangies, gat inks, yellows) and I was reading that the tolerances can be so tight on some in the batch that the switch doesn’t return. But otherwise these are apparently fantastic linears.

Ooo, not that they need them but multicolored films would be fun to try. So cool how you can see the entire spring.

were sacrifices in quality of selected material made, in the pursuit of it being entirely clear?

It seems the answer is a mild, if extant “yes” - so far, I think it’s somewhere in-between the tried and true materials we’re all familiar with, and something like pure UHMWPE stems.

These are pretty novel and do have a higher than average “failure” rate - but the ones that do fit into spec are pretty darn impressive from a purely functional standpoint. I’m on the fence as to whether I think of these as an early-adopter niche novelty or a product that’s dialed-in enough for the general keeb public. Were I to recommend them to someone, it would have to include that caveat and a suggestion to pick up some extras, if not as many as with the UHMWPE gamble.

So far, I think the closest thing in feel to these I’ve tried are the Momoka Frogs, which are a touch heavier than the 62g Wotr Bois I have, but very comparable in terms of smoothness for most of the travel.

I think the Frogs have more tension on the leaf, which can create a mild ticking sensation near the end of the travel if pressed slowly or off-center in certain directions. The Water Kings have a similar, contextually perceptible ticking at the top of the travel - still trying to pin-down the mechanical cause, but I think it’s the very slight shifting from resting position to putting tension on the spring, rocking the stem against the housing. In actual typing, I don’t notice these things on either switch - only when pressing really slowly in-hand and focusing on it.

I purchased some of these as I wanted to create a completely “transparent” keyboard in order to put the focus on the PCB. So I definitely picked these for aesthetic reasons over functional.

It’s kind of a theme board in the end, but I’m hoping it looks really cool when it’s done. Something of a functional art piece if you will.

Anyone else remember the incredibly short lived outemu ice clicky that were also all transparent?

Neat idea! You seen this beauty? 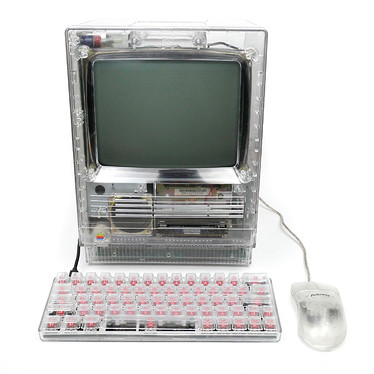 Yup, those clear stems would make this board totally translucent.

Was that OEM or an after market case? I don’t think I’ve ever seen that style of Mac in that case before. It’s, really quite cool. I mean, I’d still only use it to play with Zebra Talk, but that’s okay.

Oh after market for sure. Here you go!

Definitely still in the early impressions stage of getting to know these switches, but I put some in a m̶a̶c̶r̶o̶ ̶p̶a̶d̶ - er… switch tester… last night and have been fiddling with them.

So far I concur with what I’ve heard. In my test sample size of 9, 6 feel basically perfect, one feels quite good, one feels a bit tight, and one is definitely too tight, binding on off-center presses and translating friction through the push-feel when actuated slowly. (When typing normally it’s a lot less noticeable.)

These strike me as a switch for switch enthusiasts, but not necessarily for the general public - kind of like UHMWPE stems, but more approachable and with a slightly higher success rate. While a significant number are iffy, the majority aren’t - and those are genuinely impressive.

Those that are up to spec are easily among the top three most smooth stock mx-compatibles I’ve tried so far. Because of the generally heavy lubing, the feeling is somewhere in-between “butter” and “skate” - and these would definitely be all-skate with a thin lube. If you try really hard, you can perceive grain/texture - but as little as I’ve ever felt in a switch. These things look like oiled glass, and feel like it, too.

Much more testing imminent, but so far these continue to remind me a lot of the Momoka Frogs when it comes to the feel of their smoothness, plus the added novelty of being all-polycarb.

Apparently Gateron is working on a tactile one. There’s a ZFrontier thread (in Chinese) about their tour of the Gateron factory, and from Google Translate they say they spent 2 years working on it. It is not polycarbonate.

Well that’s rad. If anybody can pull it off first try (to market), it’s Gateron. Interested to see feedback roll in for their UHMWPE-stemmed switches, as well - I didn’t think I’d see any major MFR pick those up, but if Gateron has, I’m guessing they’ve figured out some way to QC them better than other smaller outfits have in the past.

… also I think I want one of these: 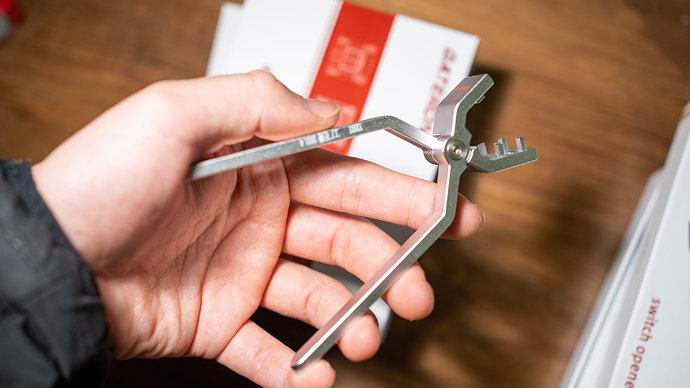 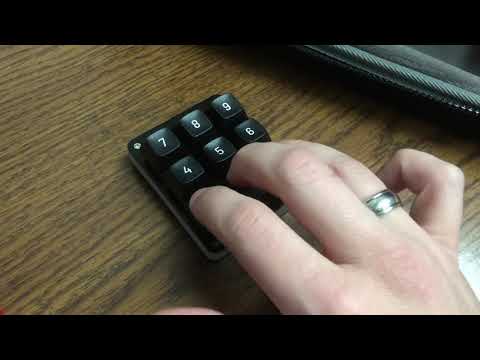 A quick auido/visual test to demonstrate what I mentioned above.

I had to swap out two switches of 68 on my m65-B board because they were definitely too heavy from housing friction. I think a few feel a bit lighter than others, but you would be hard pressed to notice it with normal typing.

Some more impressions here, after hand-testing my whole order of 140.

Just over half were a definite pass (as in good), another 40-ish percent were somewhere between “almost” and “iffy” - with the remaining just over 10-12 percent being definite rejects.