As with some others here, also my introduction comes a bit belated as I already joined this community a few months ago.

I’m originally from Germany, but live now in Switzerland for more than a decade.

I own one mechanical keyboard since the mid-'90s, a Cherry G80-2100 “Battleship Clone” (vintage Cherry MX Black and 3× MX Super Black) which I found in a electronics dumpster after having served only very few years in a smoker’s office. Cleaned it (keycaps went into the dishwasher

) and used it for quite a while.

At some point I switched from DE-ISO to US-ANSI and also had more or more issue to keep the keyboard working as more and more devices only had USB and no more DIN or PS/2 sockets. The DIN to PS/2 adapters worked, but if I chained a PS/2 to USB adapter behind it, the keyboard stopped working within seconds.

So for like 10 years or so, I didn’t use a mechanical keyboard.

For quite some years my preferred keyboard was the Lenovo Thinkpad USB Keyboards (aka SK-8855) which is basically a Thinkpad X220/X230 keyboard in a USB case. I actually own three of them: Had one at work, one at home and one for Raspberry Pis and similar devices.

I seem to have been known for being a keyboard geek already at that time, because I received a used HHKB 2 Lite as a gift from someone who didn’t need it anymore.

(Bought an HHKB 2 Pro in the meanwhile, too.)

A few months later a friend of mine, who’s also in both scenes, lend me one of his keyboards, IIRC a KBT ONI with Cherry MX Browns, and after a few weeks I was hooked up. I ditched all three of my Lenovo Thinkpad USB Keyboards and ordered a Tex Yoda II with Cherry MX Browns as my first (modern) mechanical keyboard. Still using that one (now with QMX clips) in the office. Shortly after that, I ordered a Ducky One TKL with Cherry MX Clears. Used it as daily driver at home for quite a while and still like it a lot despite it isn’t fancy at all. Gets occassionally replaced with my current switch bitch, a GMMK TKL — which probably will be replaced by the Rama U-80A once it arrives.

I own a few vintage boards with ISO layout (e.g. the above mentioned Cherry G80-2100 and a Toshiba-branded Bigfoot with red(!) Alps switches), too, but I mostly own and use modern keyboards with ANSI layout.

Overall I probably have more than 20 mechanical keyboards by now. I though managed to decide that I want to sell some of them already again, because I know I won’t use them anymore — as I found (and of course already bought

I have a slight preference for pronounced tactile and silent switches, but I also like linears and clickies — as long as the spring weight is heavy enough (medium to heavy), i.e. I dig Zealios v2, Zilents v2, Kailh Thick Clicks, Kailh Box Heavies, Cherry MX Clears, Cherry MX Silent Blacks and similar switches — as well as QMX clips.

And I took over organising the Swiss Mechanical Keyboard Meetups since late 2018 and run the related swissmk.ch website.

What a first keyboard, awesome!

how do you feel about tall bikes 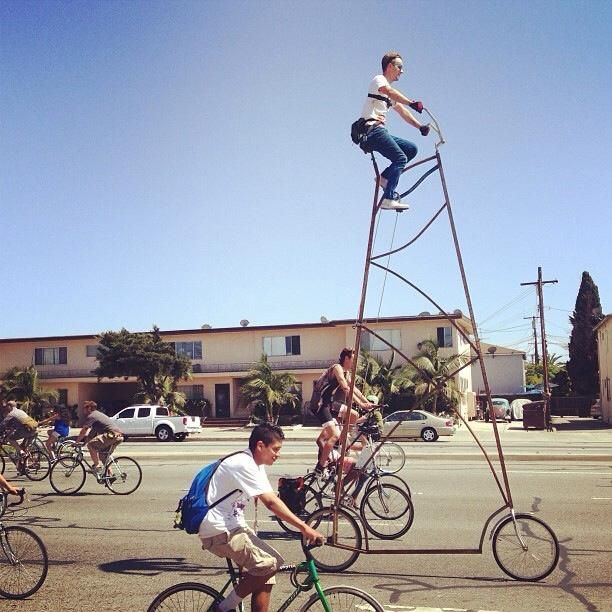 how do you feel about tall bikes

I always wonder how you start bicycling with them. Do you need guys to hold the bike and then use a ladder? And how do you stop at traffic lights? And do you occasionally hit some traffic lights, especially those on a bar across the street?

At some point I must try a Pedersen bicycle. But that’s probably about as tall as my bicycle usage will get.

You seem like a very interesting fellow. Thanks for the cool introduction.

We should start a bike thread, I’m into fixed gears and touring bikes

edit: @Manofinterests made one here