Hi guys, all of this down time has inspired me to do a considerable amount of keyboard chores and rebuilds on some of my older keyboards. I almost never consider a custom keyboard “finished” since invariably my tastes and knowledge evolve. While it’s not as exciting as a brand new keyboard, it’s deeply satisfying to breath new life into old builds.

My current project is spring-swapping boards with stock Kailh box blacks with TX 50g springs. It has made a HUGE difference and made me love typing box blacks again! 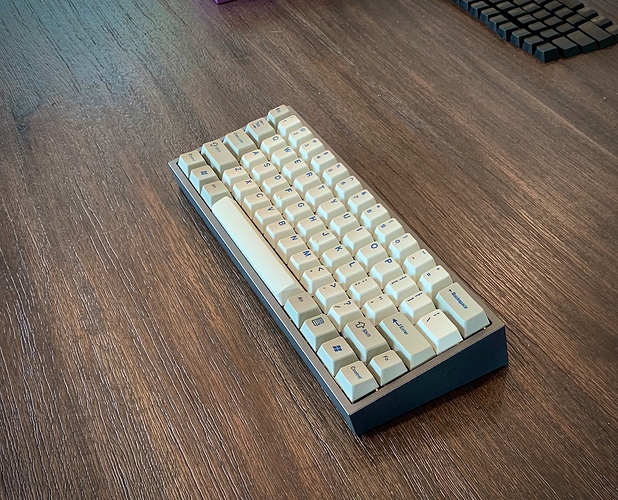 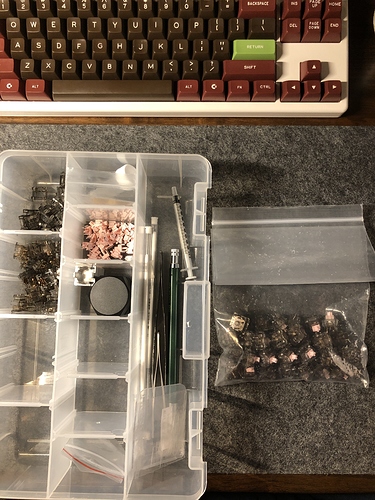 I’ve worked on a few projects but my first “chore” is going to be desoldering and rebuilding my Duck Raven. Bought it for a good price in the aftermarket. There’s something screwy with the Gaterons in it. They bind slightly when pressed off center, especially at the bottom I thought it was a GMK thing but it even happens with DSA caps. Anywhoo, they’re coming out and being replaced with filmed FFF switches with 72g sprit springs. Stabilizers also are yuck, so they’re getting swapped with some yellow C3 stabilizers.

Nice. Have you had any issues with C3 stabs and ePBT keycaps? For some reason my ePBT space bars rub like crazy with C3s but there’s no problem with GMK space bars.

I’m using GMK caps on this board so I’m not sure. I have some zeal and cherry stabilizers as backups in case.

Hehe, I just posted my recent makeover of my MiniVan travel keyboard (which mutated into my daily driver in home-office currently) over in the huge What’s on your desk today thread.

i had issues with ePBT and C3 stabs because my ePBT caps were crazy warped. Using a hair dryer and some weights mostly fixed the problem.

Pearl Restoration project. Part one, polishing up the weight with lemon juice and toothbrush. 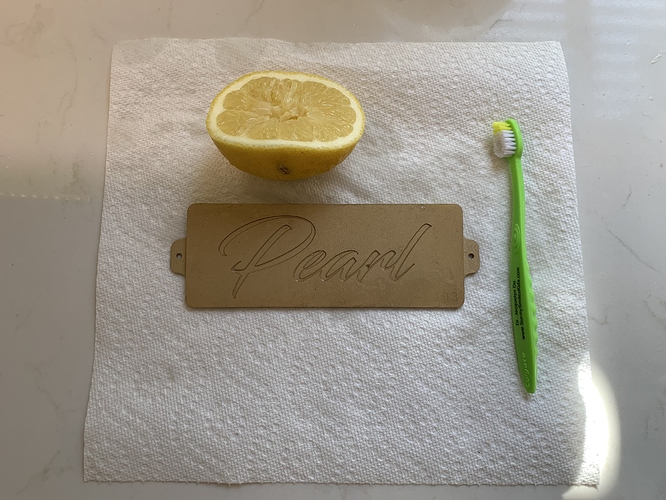 A sudden mini-project popped up today: Replaced the dissatisfiying Halo True switches in a “Drop Alt High Profile” with Kailh Box Navy switches. The insertion of the last Box Navy needed more force than the others despite I was sure I’ve hit the socket and not the PCB with the switch pins. When I checked the switches functionality, this last one didn’t work despite it sat properly in the plate.

Suspected a bent switch leg, but when I pulled it out again, the legs were not bent. But the hotswap socket sat much deeper than before switch insertion.

So I took the keyboard apart. The case including the acrylic diffuser looks perfectly engineered and the white PCB looks rather clean. The only thing which looks rather unmotivated is the (obviously automatically done) connection routing on the PCB. Then again, it’s a mass(drop

The diffuser sat rather tight on the upper case part and I had to cautiously pry it away.

So yes, one of the solder joints of the Kailh hotswap sockets was loose. Needed quite some pressure with a pairs of pliers to get it back into its original position while heating up the original solder (and adding some more new solder to be on the safe side).

In the end the issue was fixed quite quickly, though. Most time was needed to heat up the soldering iron, open all case screws (7 or so) and to carefully unmount the diffuser.

Wife: Honey, where have all our sponges gone? 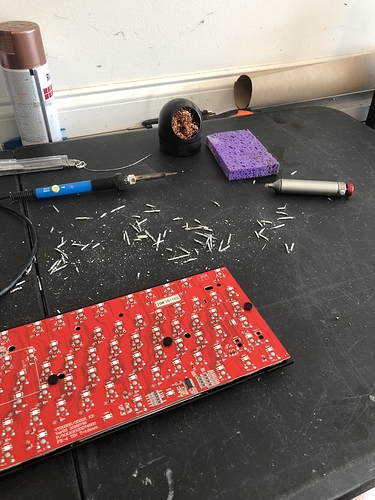 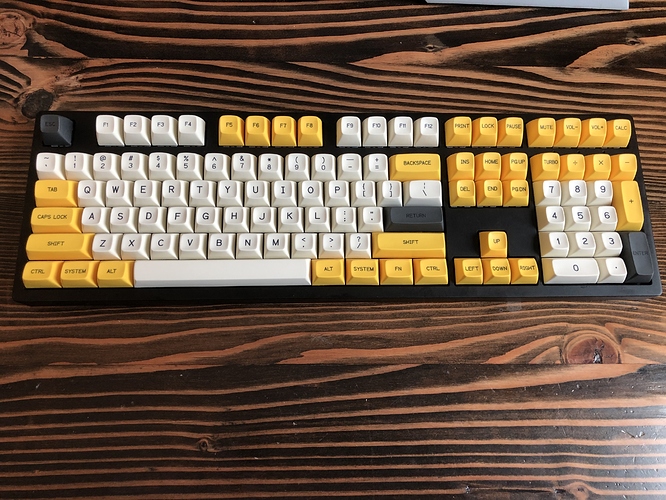 I got the blues 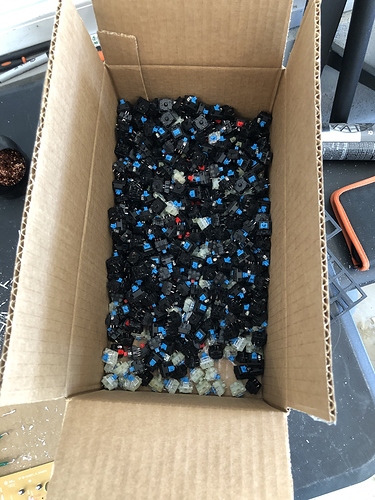 That’s a lot of blues

How many actually is that? What are you doing with them?

At least 400, probably more. They are all desoldered from project boards. I’ve got some MX reds and some red equivalents from a Das Keybaord. I’ll probably sell them for like 15 cents a switch plus shipping.

Cleaning some vintage DCS caps while on conference calls. 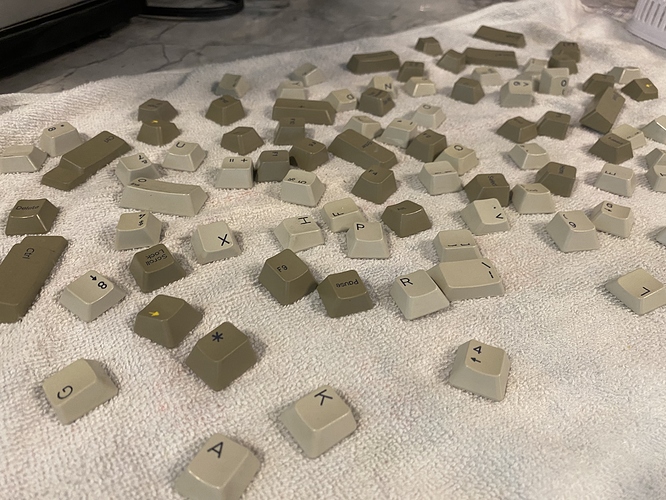 Question: Thinking about spray lubing my Steel Series Apex Pro. If I do, will it mess up the Omni point switches?

Is that the one that uses hallway effect (magnets)? Then it should be OK.