I have been interested by optical switches for a long time.
Different technologies from what we are currently using (MX clones switches) are always good, this is the case for eletrocapacitive switches and this is also true for optical switches as well.
And optical switches are supposedly very smooth out of the box: no leaves contacts means less friction.

I started gathering various infos about the technology, components needed and their market availability/price, general documentation about those components and the theorical background behind optical switch technology.
During my research I found usefull information on various forums that I’d like to share here.

Gateron and Kailh optical switches are widely available at Aliexpress and other Chinese websites, and are not very expensive.
Both look to be frankenswitchable to a certain degree. 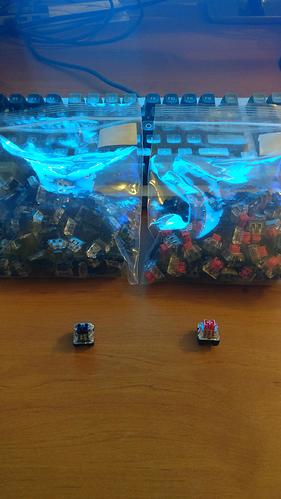 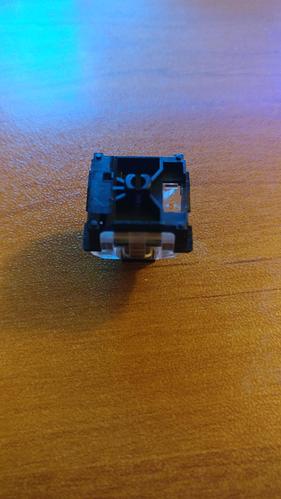 Gateron optical:
The stems, top case and springs look to be interchangeable with standard MX clone parts.
Keep in mind that the stem pole length drives the actuation height of the switch (the longer the pole, the sooner the actuation) so a long pole stem may make the switch actuate sooner.

Kailh optical:
Top case, springs (no a lot of replacement offerings for Kailh), and click bar look to be interchangeable with Kailh BOX parts.

For each switch mecanism you have three major components:

Those 3 components can be easily purchased:

The nice thing about the IR led and phototransistor references given before is that you can make a full soldered PCB with them at JLCPCB, and this is what I did. 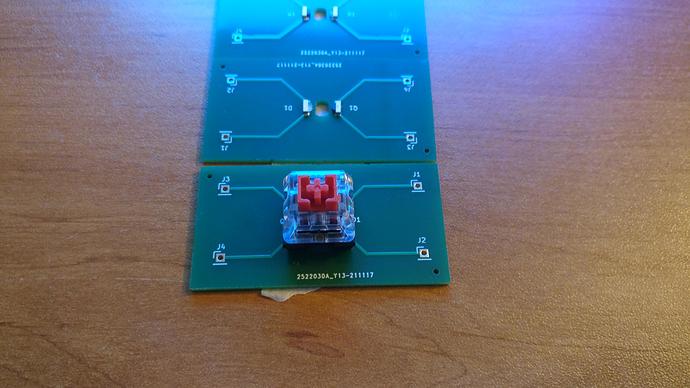 Breadboarded everything with a Teensy 3.2, a 3.3V device.
One of the IO pins is configured as output and drives the IR led through its 470Ohms resistor to limit current.
Another IO pin is configured as input, current is limited by a 10KOhms resistor. If sufficient light flow through the base of the PT (phototransistor) then this IO pin will register a low input, high otherwise.

Checked before that IR led forward voltage was indeed 1.2V(using a multimeter), very important to know to compute the amount of current given the resistance. 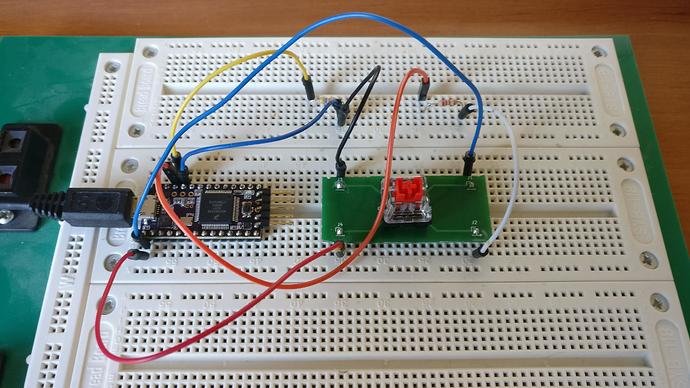 We are not too worried about the current driven by the PT, but more by the IR led.

Can we do better?

If you want to experiment yourself with an ATMega MCU, keep in mind that it is 5V and the resistors values are calculated for a 3.3V MCU.
This is the current that is important, so just compute the new resistances based on the currents I obtained in the results (~1mA for IR led and ~70 uA for PT).

This is all for now folks !

I appreciate you documenting and sharing your research, its really interesting! I can’t tell from the pictures, how are the switches fixed to the PCB? No pins to solder it to the PCB is whats confusing me.

I think all optical-switch keyboards are hotswappable, the plate will hold the switches.