Shipping notification for the Tata80 came in 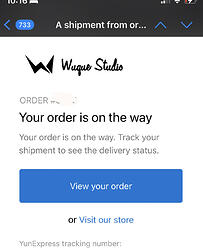 That was fast! I’m curious how it turns out. I really like my Ginkgo65.

Yes, I love my Ginkgo65! I’m curious about the swan gaskets…will be fun to find the right switches for it

You bet your BOXes I’m gonna to review it

Anyone else here still waiting for Kat Mizu? I don’t have any GBs remaining. It’s wild to me that I’ve received several GMK sets; sets that I ordered well after Kat Mizu and I don’t think Kat Mizu has even finished production.

Hmm, without any investigation I would say mykeyboard.eu already sold there extras of them.

But I might mix this up with SA Mizu.

Still waiting on my gateron usagi switches. haven’t received or seen any updates on them so far so i’m not sure if they will ever ship. 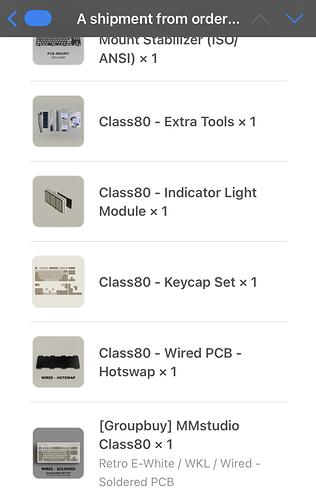 This funny thing - it’s a clock with MX switches for setting buttons. (Not a macro pad - just a clock)

I’m sure there’s a hyphen-punk phrase that could describe this aesthetic; digital in the lowest-tech way, significantly over-built and chunky. All it needs are some gnarly scrape marks, maybe a bullet impact and we’re talking.

More stuff that looks like the Improbable Future pieces.

I think this could fall under the gritty DIY/hacker style of cyber punk. Tons of that tech falls under the antiquated/obsolete high-tech that’s been scavenged. Just needs a few rounds in a rock tumbler. 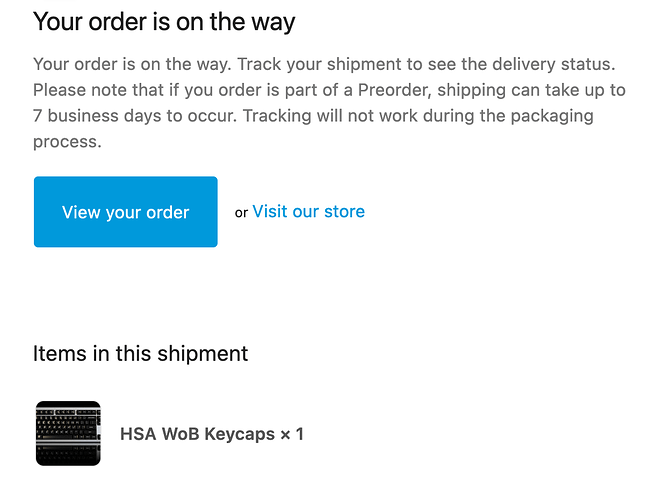 In a minor miracle HSA WoB is finally shipping. Ordered this on 2019-11-19, eventually gave up on it and then forgot about it. It was cheap enough ($75) that it seemed worth waiting for rather than taking the offered refund (props to NK_ for offering that).

Sounds like JTK has provided some extras (reverse BoW set) as an apology so it should be a fun set to try out. I’ll post pics when it arrives

I’ve been waiting on factory samples from a new switch manufacturer for a month now and i was wondering what was talking so long. so i got in contact with them to double-check… turns out the package was sent to australia instead of austria and failed to be delivered…kinda obvious now. hopefully i will be able to get it here soon, lol. still better than waiting over 1 full year on my gateron usagi switches which i still have not received any news about. not even from the vendor who just ignores my questions.

Just want to rant about high-end custom TKLs being WKL only. It’s like everything looks amazing except that it doesn’t support WK. Really sucks to be a winkey user in this hobby.

Like which ones? Most GB units offer both WK and WKL, especially if they’re international.

The most recent one which is HexKB’s 50fe

Ah yea. It’s a small run of 100 units, and I think it’s nice for designers to design something that’s niche and aligned with their preference.

But I understand what you’re saying. Luckily there are lots of high end boards that have WK, so at least the options are plentiful

) at what I’m considering to be a rather outrageous price (it’s not far off the same as the Keychron Q1 i bought last year…).

Edit: and I’m waiting for London Fog Switches to be released

Mechs & Co doesn’t allow cancelling of GB orders, so you might be able to pick up a BNIB set on mechmarket (r/mm or discord) for cheaper than GB/pre-order/extras pricing.