Just received the email below. Not entirely sure I understand the entire situation to be honest. I ordered the hotswap/fixed version. Does this affect me at all?

Unfortunately, it has come to our attention that a manufacturing error has occurred with the production of Jules.

Some customers who ordered a solderable Jules have received VARIABLE plates that do not fit into the enclosure.

After some investigation, below is the chain of events that led to this situation:

The differences between the draft Jules files and Jules final files are primarily cosmetic: 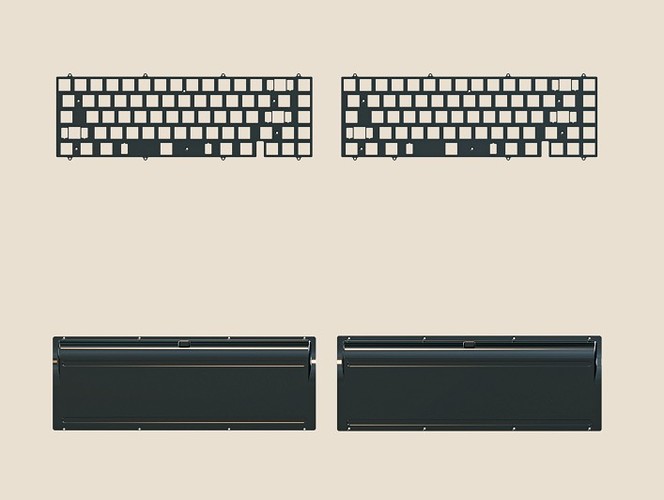 RAMA WORKS has worked with this particular manufacturer for a long time and there was full confidence in their ability to produce products to the level of quality that RAMA WORKS and our customers expect.

The units produced are of the quality that we expect but are not made using the final design Zambumon submitted for prototyping and production.

The use of incorrect files is a serious oversight on the manufacturer’s part. However, RAMA WORKS also accepts responsibility for this situation. We are very disappointed and sincerely apologise.

Given the amount of time customers have already been waiting for Jules and the fact that we have all of the (draft) Jules enclosures on hand, the most viable option is to remake the VARIABLE plates from the draft files. This is expected to take 2 weeks.

If you would no longer like to receive Jules, you can instead opt for store credit. Please contact our support team by emailing [support@rama.works] or submitting a ticket at [https://support.rama.care/] with your order number.

In 2-3 weeks, Jules will resume shipping to customers.

We’re extremely appreciative of everyone’s continued support. This situation has led us to make drastic changes to our processes and ensure this cannot happen again in the future.

Just received the email below. Not entirely sure I understand the entire situation to be honest. I ordered the hotswap/fixed version. Does this affect me at all?

Will this affect you at all? I cant answer that as Im not sure if the moving of the mount point (from draft to final) has any performance repercussions. Bottom line is that the entire Jules run will be based from draft and not final files, and I nor the community have anywaty of knowing if it actually matters.

I do not think this should affect you since you bought the HS version. From what I gathered this just affects those of us who opted for the solderable PCB with variable plates. Although shipping from Rama is held up for everyone right now as the city they are based in went into covid lockdown according to his update from this past weekend.

I ordered the same and everything worked. I think you’ll be fine.

i’m not on this GB but i understand the frustration. there’s been a lot of discussion on zambumon’s discord if anyone wants more details. and for anyone interested, here’s a photo that was posted by kevinnth that clearly shows the mis-alignment. 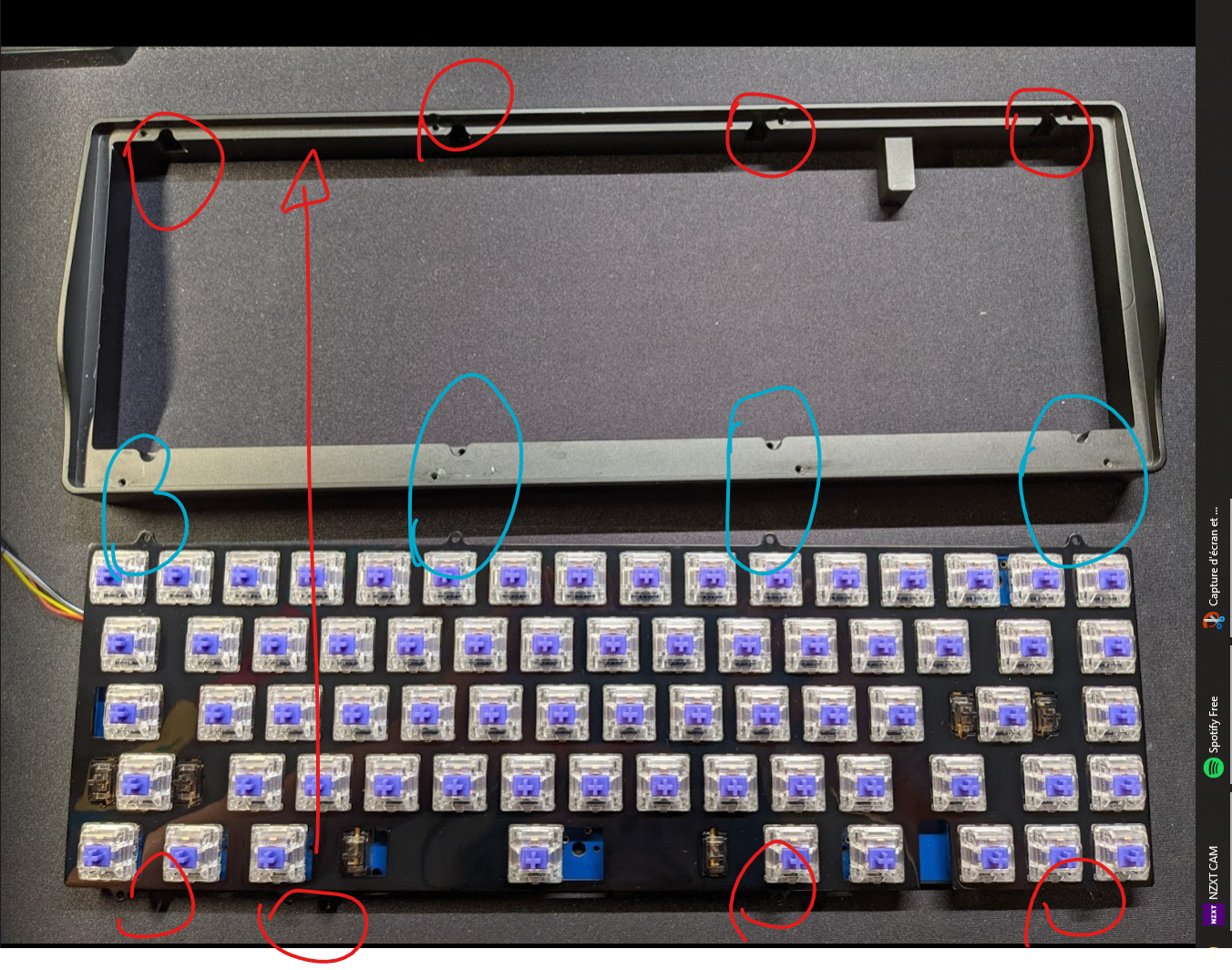 Yeah, that’s at stinker right there. But stuff happens. The only issue I have with my Jules is the PVD plate. It makes an awful squeaky/creaky noise with most switches. If you use anything that is a tight fit or a certain type of plastic, expect to hear creaky squeaky noises if you press down and wiggle a switch. It’s not a deal-breaker. Just weird. I can make the same noise with my fingernail against the plate, so I’m fairly certain it’s just the nature of the PVD process they used.

I really wish there was a plate material beyond brass available. Hopefully Zamb releases plate files after the GB has concluded cause I’d love to have a PC or POM plate for mine, brass is just too stiff for me.

pom would be really good for this case. MAKE IT SO! ha… as if zambumon would take requests…

So I asked for a refund (vs. store credit) after RAMA’s bungling of the manufacturing process during Jules. I thought I had a pretty good case for one given my board hadn’t shipped and the overall circumstances.

Instead, I was advised I couldn’t receive a refund due to their customer-facing refund policy. This is not a matter of “can’t”, it is a matter of “won’t.”

Wow that’s very interesting and sorry to hear that.

That’s a very interesting observation. I don’t own a Jules but I do own a rama m65-b, also with a pvd brass plate. Quite possible that this was produced in the same place.

In my case, however, there is probably a different cause. Because with my new full nylon switches I hear partly an unusually high ping sound. But this occurs only with maybe a quarter of the switches (mainly on the left side). If I replace the nylon top part of the switch with a boba u4 top, the high sound disappears.

Is your observation a similar one or something different?

Hmmm… yes, maybe it is a bit more pingy than expected. I swapped out to all nylon switches so it’s better now.

pom would be really good for this case. MAKE IT SO! ha… as if zambumon would take requests…

I would be really surprised if there is further Jules activities w/RAMA or anybody else given what has happened. Having said that, it would be really interesting to see Zambumon take Jules to another vendor to see what the non-prototype final version of the board sounds like.

Is “what has happened” that there was a plate manufacturing issue that is delaying the GB a few weeks?

(not sure why quote didnt work -doing it old school)

Is “what has happened” that there was a plate manufacturing issue that is delaying the GB a few weeks?

Unfortunately, it has come to our attention that a manufacturing error has occurred with the production of Jules. Some customers who ordered a solderable Jules have received VARIABLE plates that do not fit into the enclosure. After some...

I got it, I just didn’t think that seemed that bad considering the relatively small delay and how they are handling it.

edit: I do think it sucks they wouldn’t give you a refund though. I don’t understand that given the fact that vendors love giving refunds these days and then turning around and selling it at a big markup

Everyone has a different level of comfort dealing with the end result that is being shipped. I think the most objective thing I can say is that their variable plate rework decision vs. redoing enclosures and fixed plates to the final approved spec will save them money in the short term but could potentially damage their reputation and impact future sales and designer collabs from existing keeb enthusiasts.

This hobby is full of new fish, and memories seem to be short, so who knows if there will be any long term effect.

I received mine in the mail earlier this week, and finally got around to putting it together today. Kuro hotswap. It was fun putting it together, and I think it turned out very nice! While I do feel as though Rama dropped the ball as far as customer service goes, I am very happy with the build quality. I’ll be using it as my daily driver for a while. 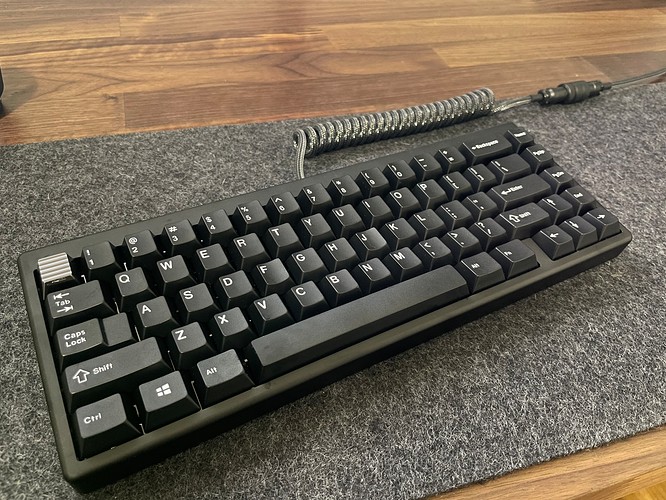 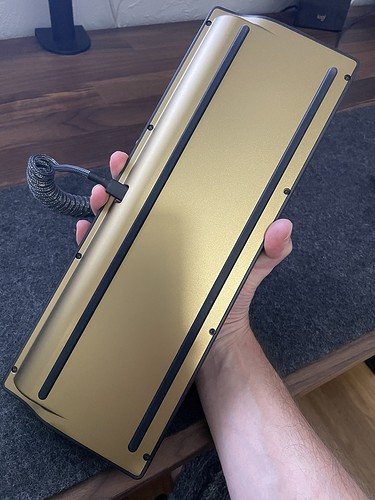 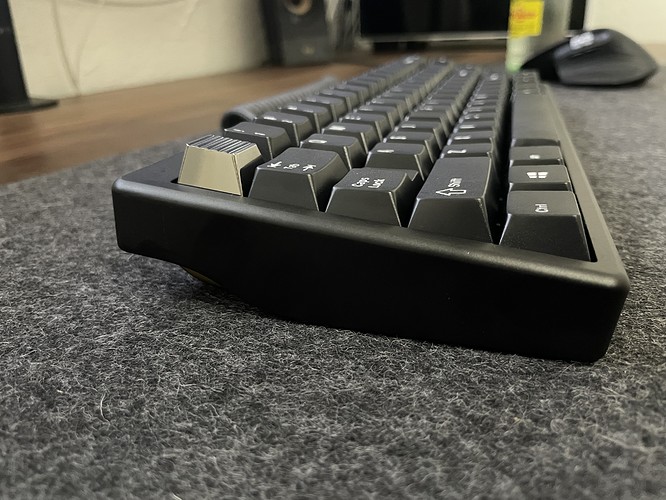 Memories may be short, but boy are tempers hot these days.