So I ordered some “AF SA” profile keycaps from G-MKY on Ali Express. I think I saw them here first from another person, but as my brain is refusing to reveal its secrets I cannot give them credit for the hat tip.

Anyway, I decided I’d order their big three-pack. Which included a set in Off-white, Red, and Blue along with some Yellow Accents and novelties. Pretty good for about $112 shipped. They arrived this weekend so I’ve had a bit of time to unbox and review whether I just wasted money, or found something decent enough to be considered acceptable. 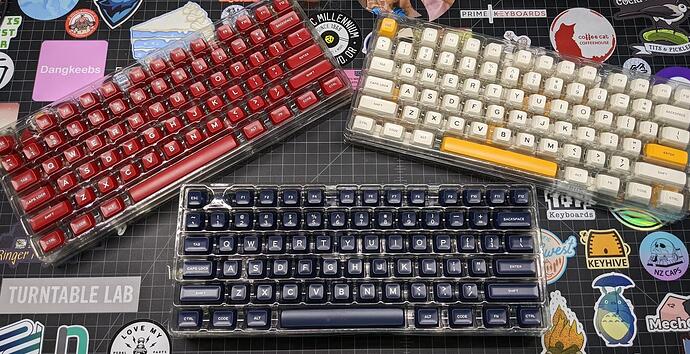 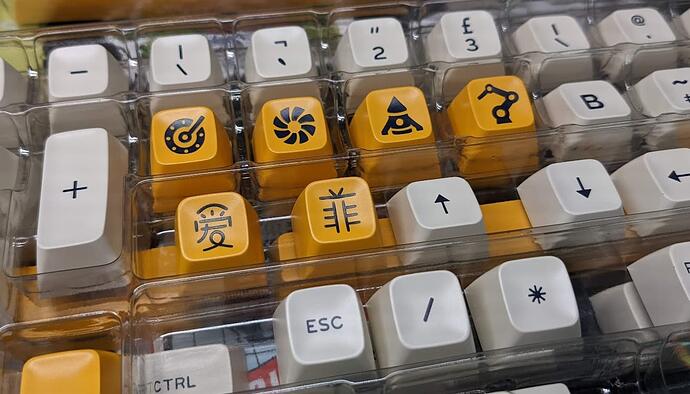 The AF SA profile might best be described as it was when I initially learned of them as MG-ish. I don’t have any MG profile caps to compare these against though so I can’t say if that’s a for sure thing. Visually they look an awful lot a like, but structurally there’s a bit of a surprise I wasn’t expecting.

Here’s the profile compared to SA. 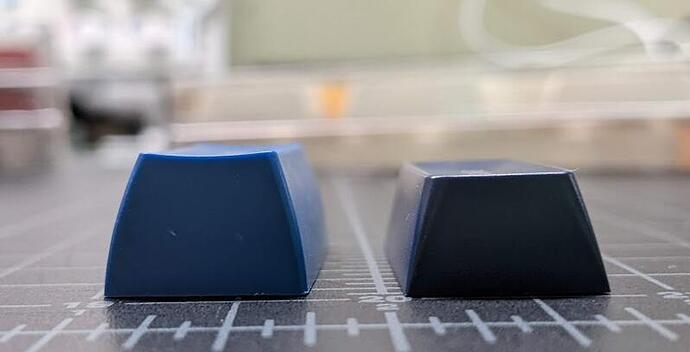 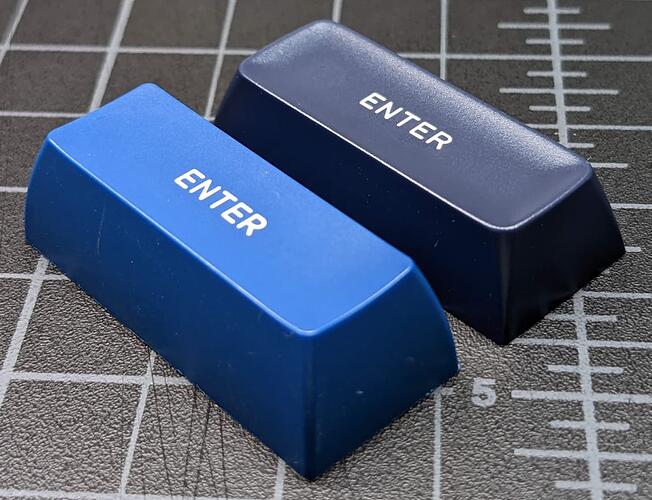 And from top-to-bottom or right-to-left, here’s; 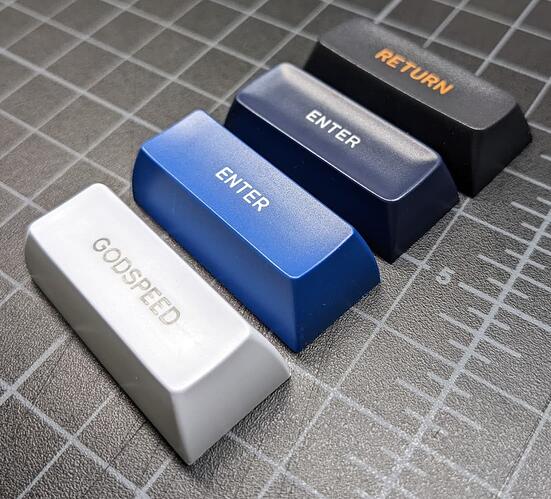 Now for what I kind of found kind of interesting. From left-to-right we have: 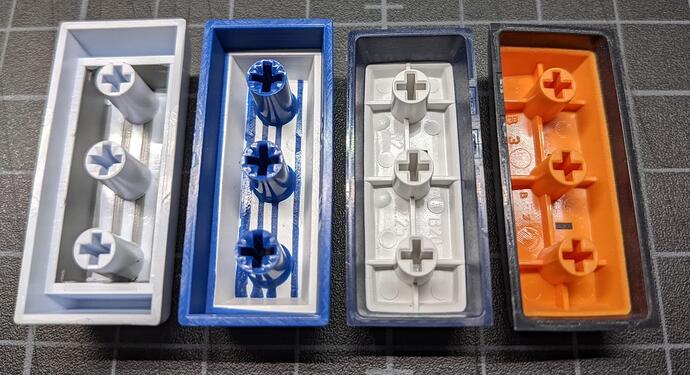 Each of these manufacturers have their own casting style it seems. Signature Plastics making by far the heaviest and stoutest of the three. However, look at MT3 and AF SA. Although different profiles, we see a similar construction method. Yeah, they’re not exactly alike and the letter imprints appear to be different, but there are some similarities in approach that makes me wonder if this isn’t the same manufacturer for “AF SA”, MG, and possibly MT3?

At any rate, these AF-SA caps are not bad at all and for $112 for three full sets plus accents, that’s a decent price. You can mix and match too so that’s kind of fun I guess?

Are they as good as Signature Plastics or Domikey? In general, I’d say they’re very well made, quite legible, but just not a thick as you’d get from SP or Domikey. So they’re a bit higher pitch when tapped on versus the others. Will this make a sound difference? Probably, but I’ll need to get them on a keyboard before I can determine whether that makes a difference I care about.

Wow. Legends and profile does look a LOT like MG. You got all 3 sets for $112?! That’s a steal. I think they look fantastic.

I need to keep an eye out for those Amber Screen ones if they ever come back in stock.

I was all in for the “Commodore Brown” ones they had, but clearly I wasn’t the first to learn of this profile. But yes, for $112, getting three full sets seems like one heck of a deal.

I have seen the same set from Yong qiu Store on ali for ~$90, search for 478 keycaps. I haven’t seen the Brown set there though 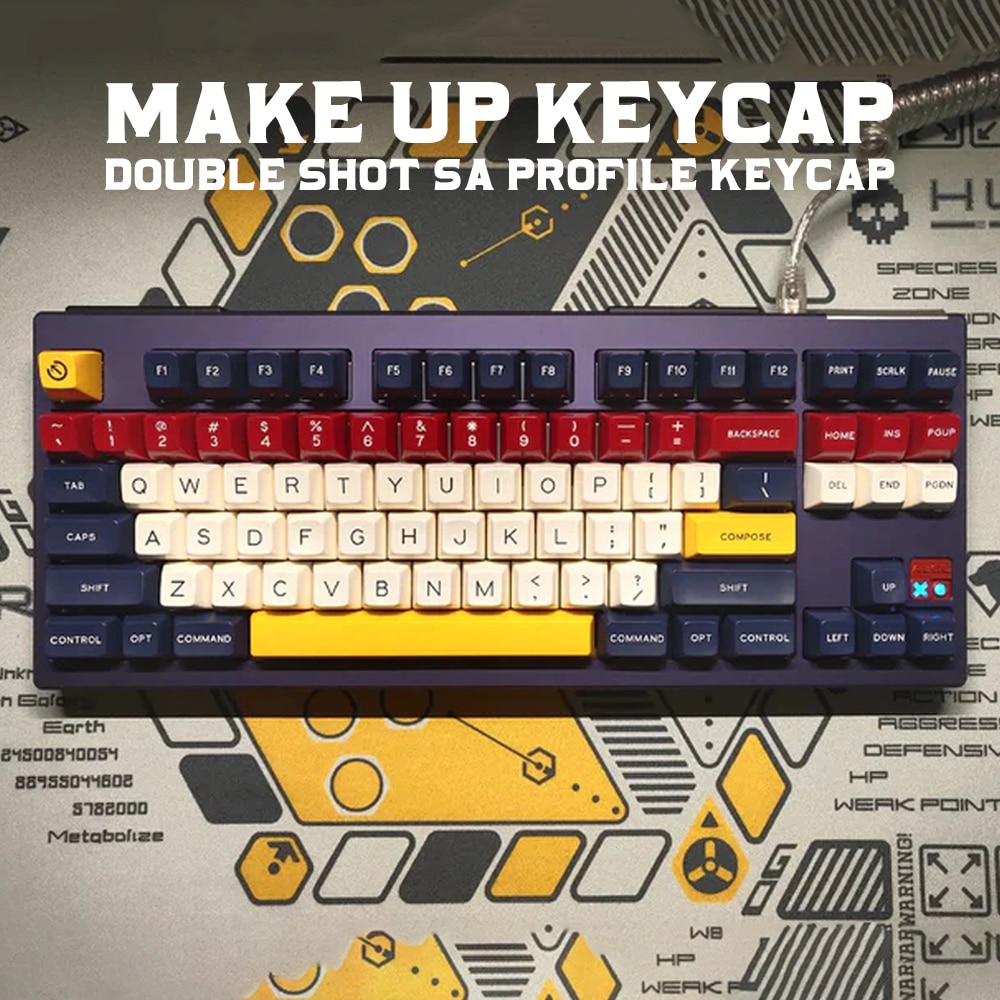 but here’s the thing… do you trust a clone of a clone? Is it the same clone? Is it a new clone? OMG, who knows. This listing says:

I posted about them before. Definitely an MG clone and super comfortable to type on to boot!

These clones are approaching full inception. Pretty soon the OEM will clone the clone.

You were the one! My brain refused to talk so thank you for saying that.

I’ve had an MG Ember set for a while, and I recently got a few sets of these AF SA.

Definitely this is a lower profile clone of MG. If I replace an AF SA key with an MG key, and push the MG key down till it’s the same height as the AF SA keys on that row, then it blends in -perfectly-.

I don’t know how the MG guys could complain though - MG is identical to SA, except with a more scooped out top. And now AF SA has identical curvature and tops of keys to MG, but they’ve made them OEM height.

The AF SA profile is the same for the function keys and numbers. Because these keys are sooo similar to MG in shape, colour and finish, it’s really nice to replace the function key row with MG keys, for a fully sculpted look.

(I love them. I already ordered more sets. They’re really well made, feel fantastic to type on, and cost 1/4 as much as an MG set).

That’s some great insight. I wish I had a set of MG on hand to compare against these, but your comments definitely fill in that gap.

Some really good discussion on this thread. Thanks, @ms264556 for recounting your experience.

It was possible to have individual AFSA sets mailed to you for about $45 USD recently.

I didn’t go in on it, for various reasons, but it’s really helpful to know that AFSA isn’t MG profile. I have MG Monster, and am very satisfied with the profile, but don’t know if AFSA is on the table for me.

They might be the perfect solution for replacing the MT3 keycaps on my Leopold, which are so high that my keyboard tray can’t close with them. Maybe the AFSA would be shorter. The keyboard tray works with OEM-profile.

According to this seller, AFSA is basically identical to MG, no? 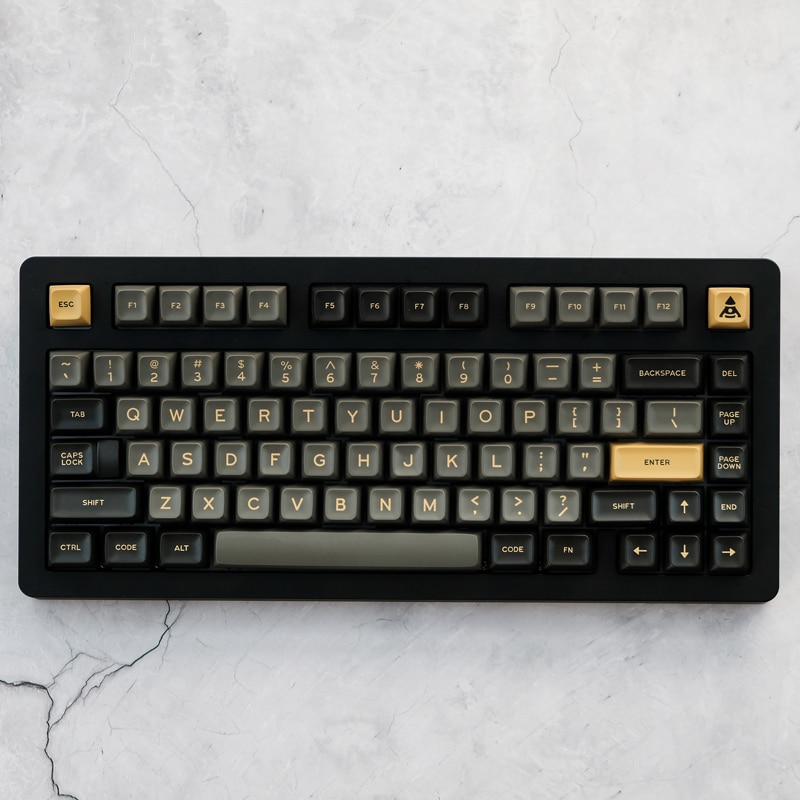 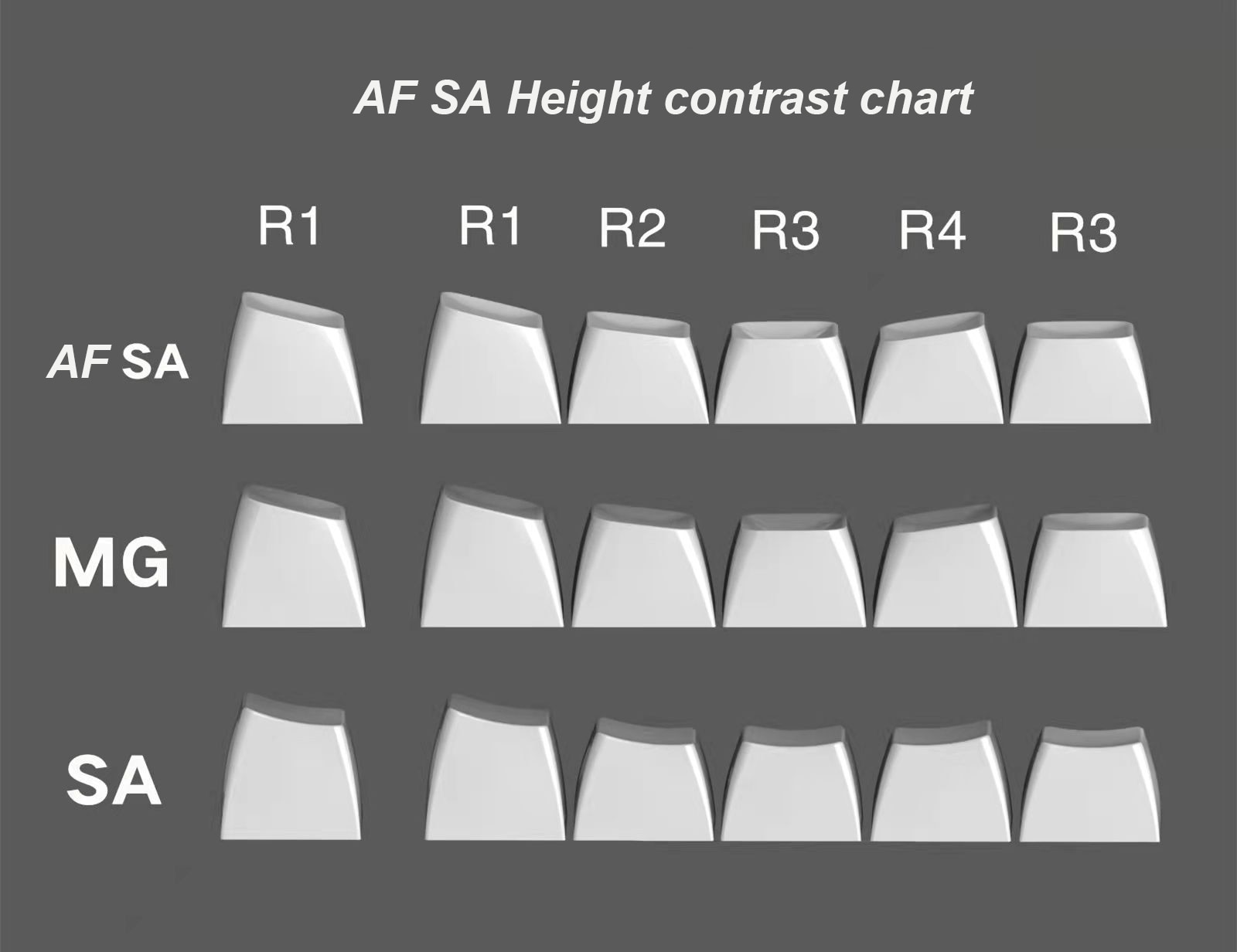 I believe someone earlier mentioned that they’re shorter in overall height, but similar in cup and profile.

Yeah, I used a paint program to superimpose the AFSA over an MG profile keycap in the same row, and the MG was a tiny bit taller.

So my camera skills are appalling & I have no lighting, but I took some photos of the MG behind AFSA…

And here’s OEM in front…

That looks to be 1 maybe 2mm different in height. Otherwise remarkably similar no?

Yeah. It feels like a couple of mm. The extra 2 mm adds enough weight so they feel different.

Here’s a picture with the numpad half AFSA, half MG… 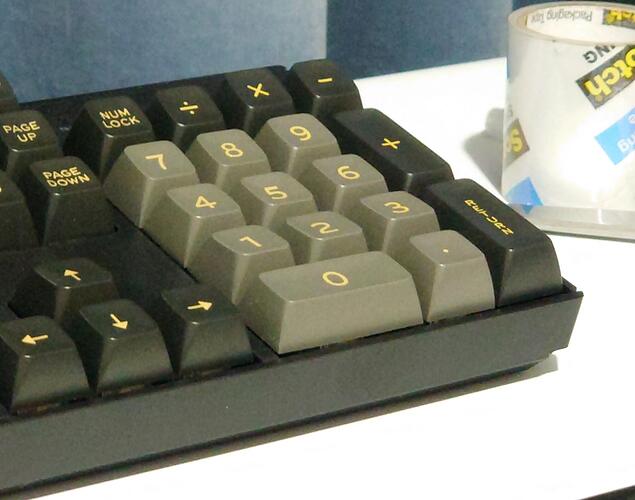 It looks more pronounced in that shot for sure. Personally, I think I’d prefer the extra height simply because I really like typing on the SA and MT3 profiles. But overall, I probably will enjoy this a lot.

I’ve now got four sets. The 3 pack I ordered and now a set in brown for a Commodore 64 inspired board being designed.

I wonder if an AF SA keyboard would still allow my keyboard tray to close.

The brown set looks fantastic. If I didn’t already have 6 sets of AFSA now…

I feel bad that I missed out on that green set on the GMK-Y store, as it was unique enough to be useful to me.

That ‘black shimmer’ one would probably look good on a transparent charcoal keyboard.