Anyone like the linear Lychee switches? The product description reads like they should feel like butter; however, It sounds like there’s a rattle snake in my board. I only installed a few and the stem wobble is excessive to the point that I don’t see myself using them. 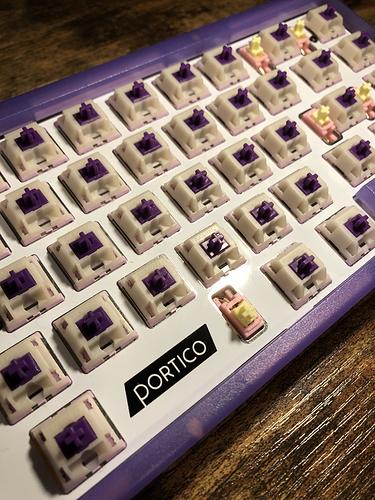 I use full-travel switches most of the time so I’m still adjusting to how short these are - I do better if I consciously type softly. 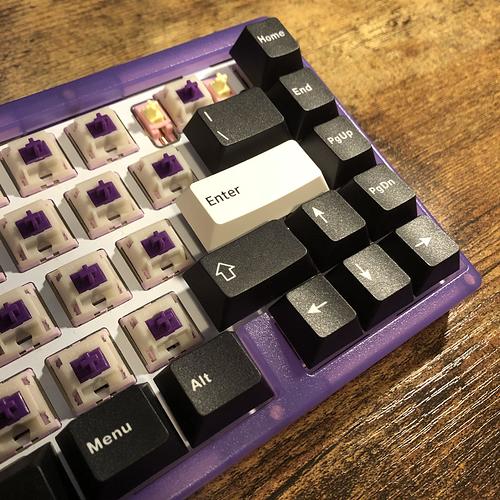 They really are very smooth.

I feel spoiled! The last two switches I’ve tried have been quite good right from the bag (the others being TTC ACE linears). 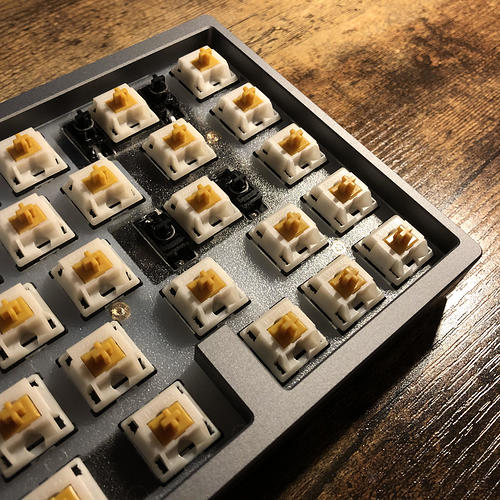 “Poppy and crisp” are the first words that come to mind, but they really make for inadequate understatements about these switches. 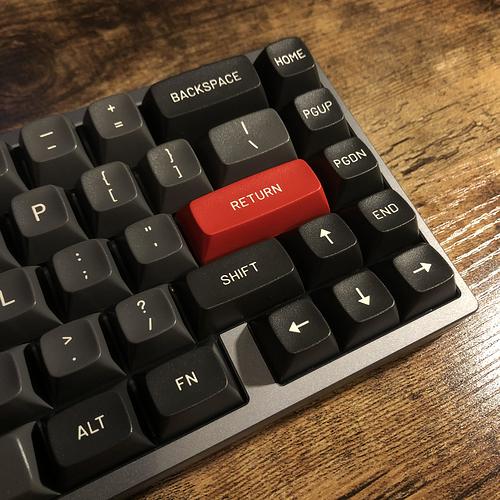 I mean, they’re U4Ts with long springs and quite decent factory tuning. Putting a regular stock U4T up to your ear, you’ll hear the spring ring clearly - much less so with these thanks to the donut dip lubing.

After using the LTs for a few days, these are definitely something else.

Where I felt myself encouraged to type lightly with the LTs, and barely making a gentle rain’s worth of noise with them; well - these are another story. Gentle typing is barely possible, and any honest attempt at using the keeb produces a hailstorm-like deluge. It also reminds me a bit of the sound made by a number of horses running down a street of cobblestone.

Between the two very good switches, I think I prefer the linears so far even though I’m usually a tactile guy. Maybe it’s the switches alone, maybe it’s them plus this keeb - it’s a little extreme for my current mood. They’re pretty much as-advertised, though - so that earns them a thumbs-up from me.

If you want a massively-tactile short-throw switch that’s ready to roll from the bag, you could do a whole lot worse than these. I also just realized what the color scheme is about…

I’d personally be willing to trade some of the crispness for a little more vibration dampening when it comes to tuning style, but I think I can see why the designer considers this the “canon” configuration, and I’m not really inclined to suggest anyone pop these open.

Thanks for the information.

I will soon build my next board with U4Ts (lubed of course), and see by myself what kind of super tactility those switches are compared to Zelios v2.
This board will not be for me but for a friend that explicitly asked for something with lots of tactility.

Tried my hands at a frankenswitch for the very first time. Probably a common one considering I used Halo True stems, but I am so happy with the outcome. (is this some type of holy panda? lol)

They’re extremely tactile given the stem + the symmetrical springs that give it a snappy return which I really enjoy. The tactile bump is kinda soft and rounded but still has some stiffness to it while the sound is deep and somewhat muted, which I really love. I’ve had EG Dark Jades, Boba U4Ts, Browns, etc. These ones take the cake forsure. 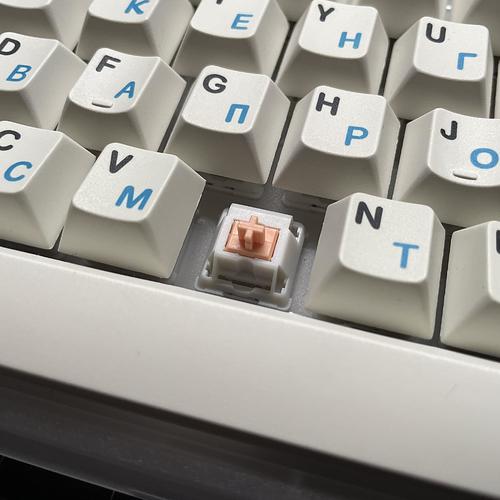 What keycaps are those?

I got some of these in the mail today. I agree, they are smooth. But I was a bit surprised how loud they are. The upstroke is super clacky, even more than a JWK switch. I lubed one generously with 205g0 and it still sounds too high pictched for me.

A big selling point on Bobas for me is the low wobble. But these seem to have a lot more wobble than I expected. The do look nice.

But these seem to have a lot more wobble than I expected.

Agreed - the *nixdork top is touted to be tighter, but it definitely isn’t. Yours is the third confirmation I’ve seen of that.

They are indeed on the high pitched side. It probably depends on how heavily you type but for me the upstroke is louder than the down with these switches.

I recorded my stab yesterday so why not post it here.
Pink Box Ink & c3 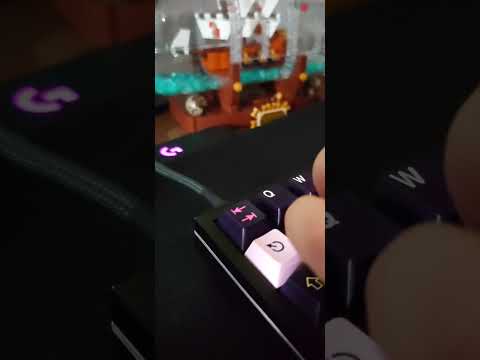 I stumbled across a pretty nifty typing site. It’s a trainer of sorts, but instead of random words or quotes it uses educational fun-facts. I know so much more trivia now. 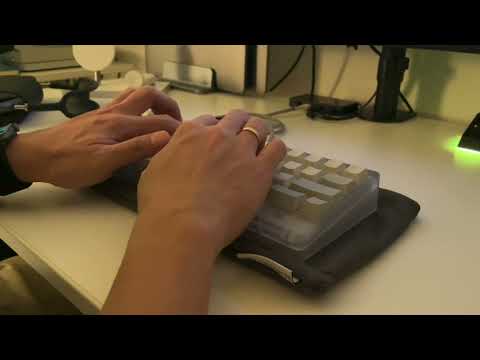 oh yeh Outemu Blues on a thin sheet-metal and plastic keeb, with keys that look like a typewriter and a makeup display got together.

I may have bitten off more than I can chew, but I’m gonna try to make this thing sound good. A review of this keeb in its stock form and a follow-up mod video are on the way.

Borrowed a friends Noah for a type test. Yes, the spacebar is an old Durock V1 with a very very scuffed wire. (Be warned)

Finally got around to doing a sound test on my daily driver as well. 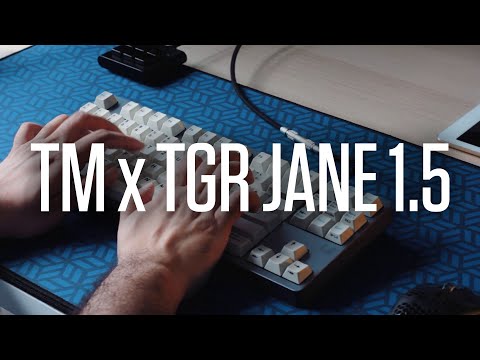 Enjoying my Meridian. Especially after some mods!

Sound test with the new 4.75mm brass plate, lubed Boba U4T switches, and KAT Space Cadet caps. I did use a layer of tape between the plate and pcb and case foam. 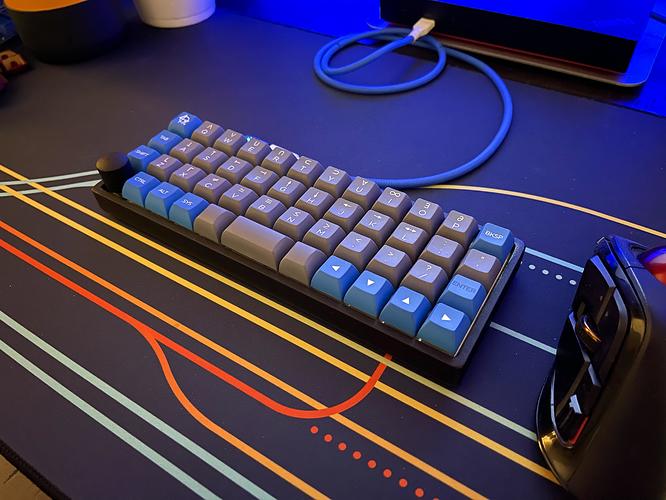 It really is. I love it. Been on my desk since I built it. Overtook my Eighty as the main in the rotation haha

The clack is so clean. Loud but without noticeable reverb. Sweet!